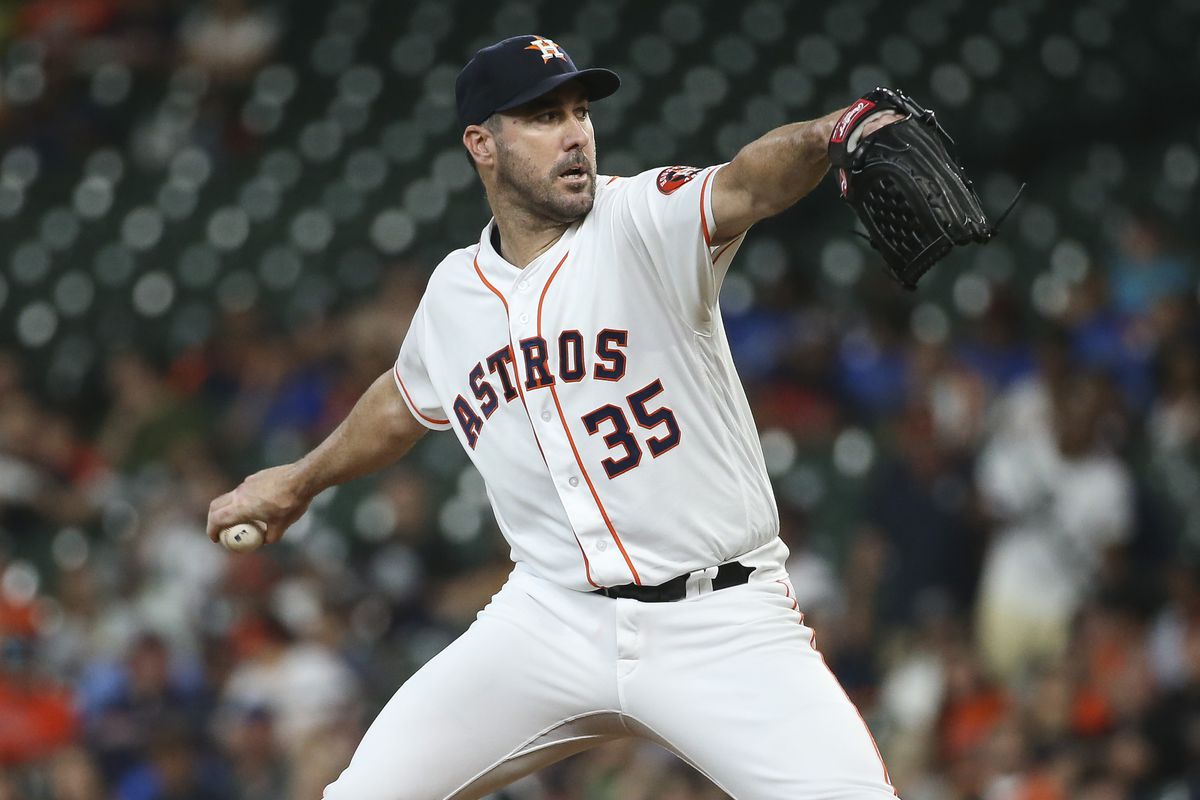 The Houston Astros will turn to right-hander Justin Verlander in their second attempt to end the Tampa Bay Rays’ season when the clubs meet Tuesday in Game 4 of their American League Division Series in St. Petersburg, Fla.

The Rays used four home runs, three off Zack Greinke, to stay alive in the best-of-five series with a 10-3 win Monday in Game 3, trimming the Astros’ lead in the series to 2-1.

Verlander (1-0) got the postseason off on a winning note for the Astros in Game 1 on Friday, shutting out the Rays on one hit over seven innings in a 6-2 home win. He struck out eight and walked three.

The victory was his 14th in 21 postseason decisions, lowering his career ERA in 26 playoff appearances to 3.05.

The 36-year-old will be pitching on three days’ rest for the first time this season, a fact that didn’t prevent his manager, AJ Hinch, from making the call.

“He’s one of the best pitchers in the world,” Hinch said after Monday’s game. “It’s no more complicated than that. He’s ready, and it’s his game.”

Verlander asked for the ball.

Verlander has faced the Rays three times this season including the postseason, winning all three while allowing just one run and eight hits in 19 1/3 innings. He walked four and struck out 21 over that stretch.

Rays manager Kevin Cash announced after the Monday win that Game 4 would be a “bullpen day” for his club, starting with right-hander Diego Castillo (0-0).

The 25-year-old will be making his first postseason start. He pitched the sixth and seventh innings in the AL wild-card win at Oakland, shutting out the A’s on two hits, before getting five outs in the fourth and fifth innings in Game 2 at Houston on Saturday, allowing just one hit and no runs.

Castillo made six starts in the regular season, pitching a total of 7 1/3 innings in those games. He went 0-1 with a 6.14 ERA in his starts, allowing six runs (five earned) and 11 hits, including a pair of home runs. He struck out seven and did not walk a batter.

He twice pitched one shutout inning before being lifted, and the Rays won both of those games.

Castillo is 0-1 with a 3.38 ERA in six career regular-season appearances, all in relief, against the Astros.

Cash noted that the efforts of Charlie Morton (five innings) and Oliver Drake (two) on Monday allowed him to have a healthy assortment of rested relievers for his Game 4 mix-and-match.

Brandon Lowe, who provided one of Tampa Bay’s four homers Monday, said it’s up to the Rays’ offense to make the pitching decision meaningless.

“We have a lot of fight left in this team,” he said after the game. “We’ve got to put up runs for them. Hopefully we come out and the bats will show up.”