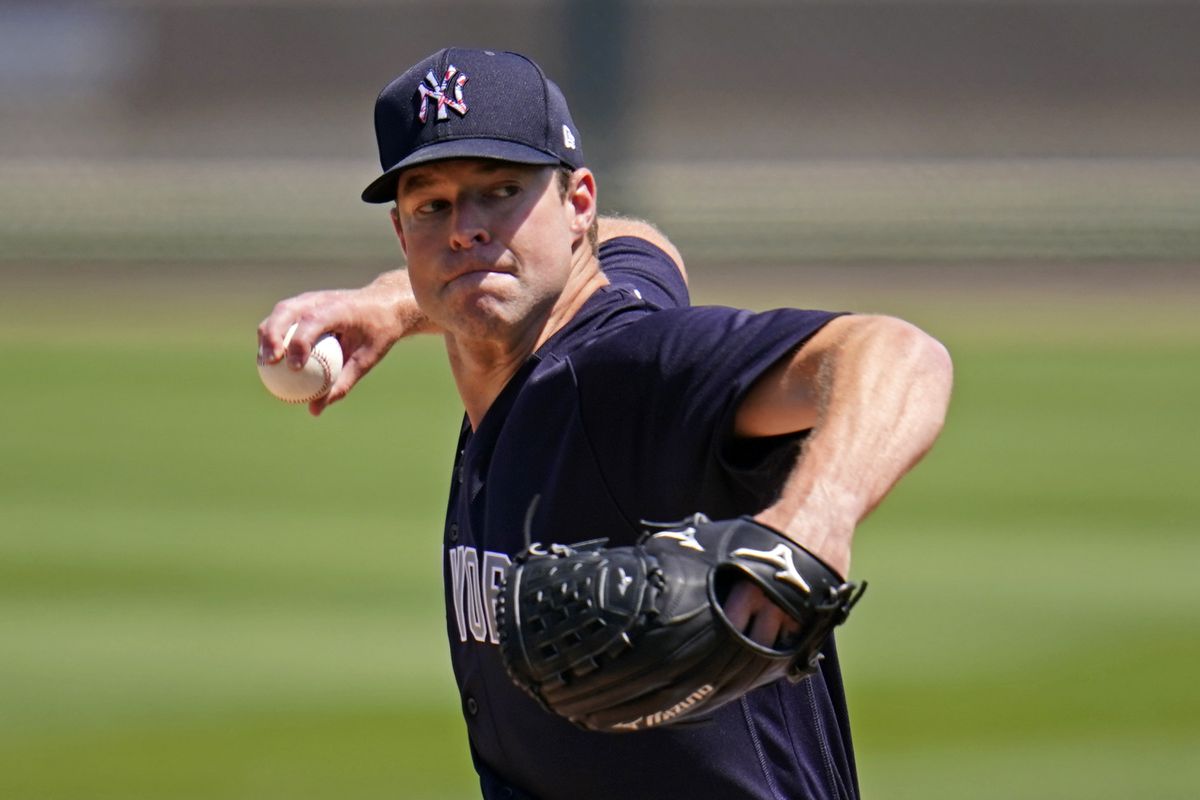 The New York Yankees didn’t exactly get their offense going on Tuesday.

Still, they aren’t about to quibble over winning a game in their final at-bat on a wild pitch and a bases-loaded walk, especially after a frustrating string of poor results.

Instead, the Yankees will enjoy Tuesday’s win and look to complete a two-game sweep of the visiting Atlanta Braves when the teams meet Wednesday evening.

The Yankees snapped a five-game skid and won for only the third time in their past 11 games by scoring twice in the eighth for a 3-1 win. The winning rally occurred in a game when they mustered only five hits and went 1-for-8 with runners in scoring position.

Aaron Hicks, who was given the night off after his rough series against the Tampa Bay Rays, drew a walk to start the rally and scored on a wild pitch during an at-bat by Clint Frazier, who also did not start the game. Mike Ford, who joined the team Tuesday, drove in the other run with a free pass.

“I thought we had some really good winning at-bats there in the eighth to grab the lead,” Yankees manager Aaron Boone said. “It was a good effort and a good step, and hopefully we can start to build on it.”

The rally occurred after a lost weekend to the Rays that featured Boone holding a postgame meeting Friday and being defended Monday by General Manager Brian Cashman.

Atlanta was relieved to dodge an injured list stint for star Ronald Acuna Jr., who suffered a mild abdominal strain Sunday in Chicago against the Cubs. Acuna was held out of Tuesday’s lineup and is day-to-day.

“He feels a lot better, which is good,” Atlanta manager Brian Snitker said. “He’s getting treatment. I kind of feel like we dodged a bullet there.”

The Braves struck out 10 times on Tuesday as Freddie Freeman, Marcell Ozuna, Travis d’Arnaud and Ozzie Albies went a combined 1-for-13, two nights after the Braves hit five homers in a win against the Cubs.

Atlanta also hopes to reverse some of its struggles in the late innings after Tyler Matzek and Nate Jones faltered in the eighth.

“Kind of an ugly inning all around,” Snitker said.

New York’s Corey Kluber (0-1, 6.10 ERA) will pitch on an extended six days’ rest. In his most recent outing on Wednesday against the Toronto Blue Jays in Dunedin, Fla., he allowed three runs on six hits in four innings.

Kluber has yet to pitch past the fourth and has allowed eight runs (six earned) and has given up 11 hits collectively in his past two starts after allowing two runs in four innings in his season debut on April 3.

The right-hander is 2-0 with a 3.60 ERA in two career starts against Atlanta.

Right-hander Ian Anderson (0-0, 4.70) will make his 10th career start and hopes it goes as well as his first outing against the Yankees.

In his major-league debut against the Yankees on Aug. 26, the only run and hit he allowed in six innings came on Luke Voit’s homer in the sixth during a 5-1 win.

Anderson last pitched Thursday when he allowed three runs and six hits in five innings in a no-decision against the Miami Marlins. Anderson struck out six and has at least six strikeouts in eight of his first nine career starts.