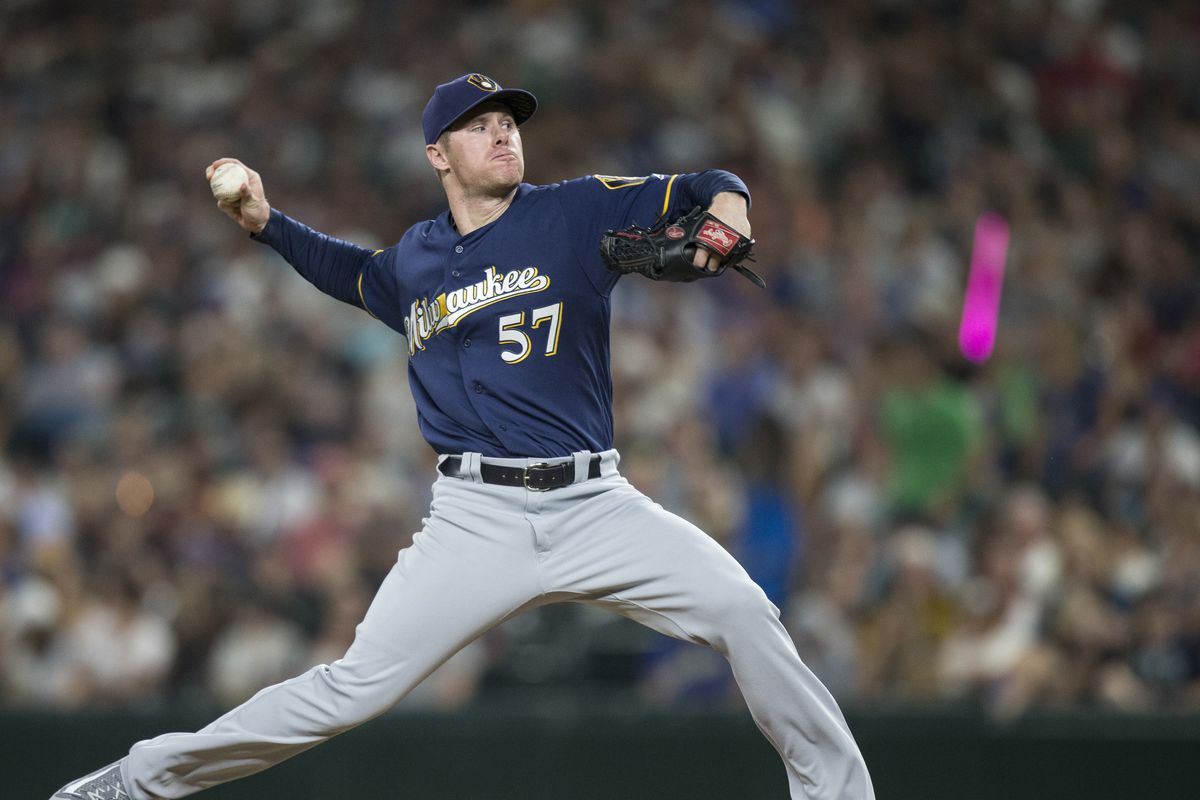 In fact, it was a disaster for Milwaukee.

Miami, which has the worst record in the National League, won that June 4 game 16-0, scoring 11 times in the fifth inning — an unexpected outburst from one of the lowest-scoring teams in baseball.

“It was a good team, collective effort,” said Marlins outfielder/first baseman Garrett Cooper, who tied his career high with four of his team’s 19 hits in that game.

Manager Don Mattingly said the game was “kind of crazy.”

Brewers manager Craig Counsell said it was the type of game “you want to forget as fast as you can.”

Fair enough — it had been forgotten … until now, with Anderson getting ready to face Miami on Tuesday night at Marlins Park.

He took the loss in that June 4 game, allowing seven hits — including three homers — and four runs in four innings. It was his only meeting against the Marlins this year until now.

The real ugliness set in when Milwaukee’s bullpen arrived on the scene, allowing the other 12 runs.

Milwaukee, which will be looking for its fifth straight win in its quest for a wild-card playoff berth, is set to face Marlins right-hander Elieser Hernandez (3-5, 5.23 ERA).

Hernandez has faced the Brewers just once, earning a victory last year by pitching two scoreless innings of relief.

Hernandez will face a dangerous Brewers lineup that includes rookie left fielder Trent Grisham, who went 5-for-6 and fell a homer shy of the cycle on Monday night.

Also in that game, hometown hero Yasmani Grandal, a former Miami Hurricanes star, smashed a two-run homer, and Lorenzo Cain went 3-for-5 as the Brewers pounded out 12 hits. It was Grandal’s 26th homer of the season, which is one off his career high set in 2016.

The Marlins, meanwhile, left the bases loaded four times, going 0-for-5 in those situations. Catcher Jorge Alfaro stranded six runners, striking out and grounding out in two of those opportunities.

That spoiled some good performances by the Marlins, including shortstop Miguel Rojas’ 3-for-5, two-RBI game.

Prior to Monday’s game, Counsell warned his players not to take the Marlins lightly.

“I want to create an awareness,” Counsell said. “I want to challenge our guys not to fall into that trap.”