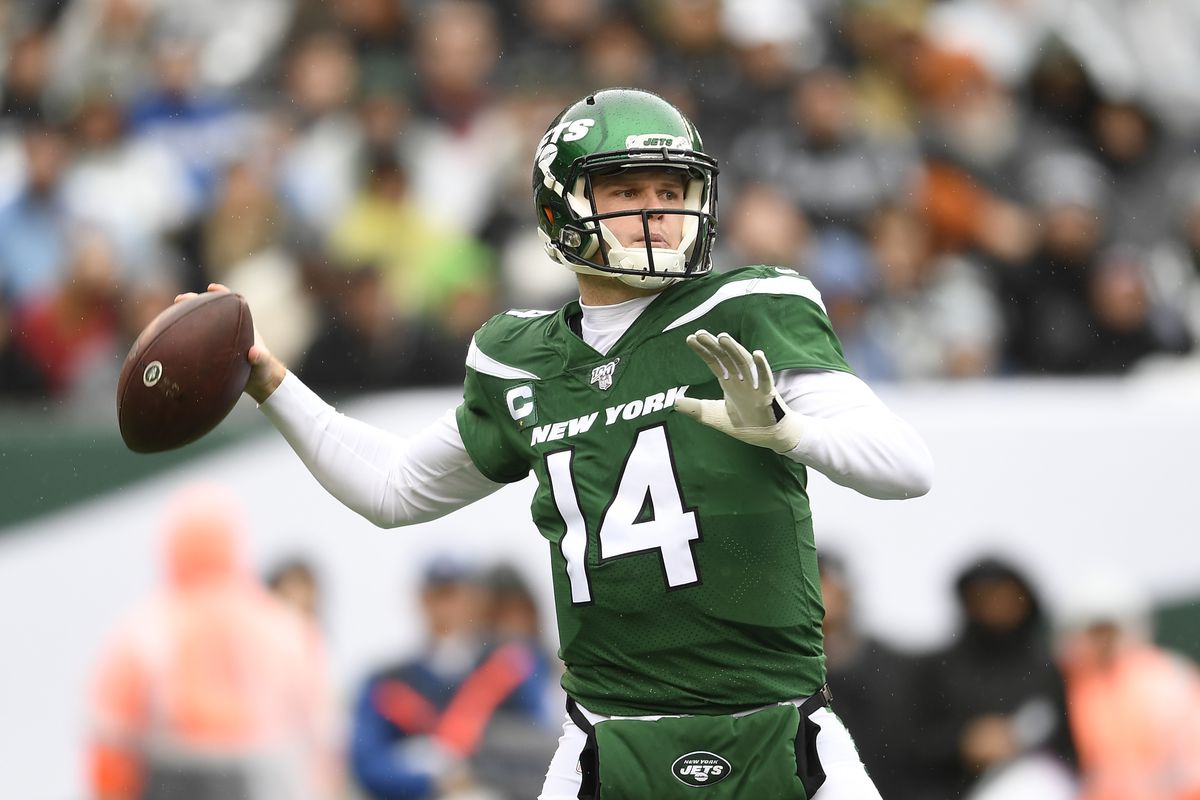 EAST RUTHERFORD, N.J. (AP) The Cleveland Browns are almost there, on the verge of ending nearly two decades worth of frustration.

They are closing in on their first playoff berth since 2002 – the NFL’s longest postseason drought – and it could happen Sunday with a win over the 1-13 New York Jets and a combination of losses by others.

That has put a positive national spotlight on Baker Mayfield and the Browns (10-4), long one of the league’s most lambasted franchises. It might be nice to hear – if they were paying attention to it all. Having to guard against any of those external distractions isn’t in the game plan at the moment.

”I would say yes, but this team did not listen to it when everybody threw us in the trash,” Mayfield said. ”So, no.”

A win by the Browns also could set up something that seemed unlikely just a few weeks ago: a Week 17 showdown at home against Pittsburgh (11-3) for the AFC North title, if the Steelers lose Sunday to the visiting Colts (10-4).

”If we handle our business – I know I said this weeks ago – we will be where we want to be,” said Mayfield, who has 10 TD passes and just one interception in his last four games.

And they’re not overlooking the lowly Jets. Not after Adam Gase’s squad stunned the Rams 23-20 in Los Angeles last Sunday to end a 13-game losing streak and eliminate all the chatter about New York joining the 2008 Detroit Lions and 2017 Browns as the NFL’s only 0-16 squads.

”It was a long time coming,” rookie left tackle Mekhi Becton said. ”I’ve been wanting that feeling for a while, so it felt really great.”

It left many Jets fans in the unusual position of being angry at a victory because it dropped their team out of the No. 1 spot in the draft to No. 2 behind Jacksonville.

But now that the Jets got one win, the players are hungry for another.

”The whole vibe was different, everybody was happy,” Becton said of this week’s practices. ”We want to get that feeling again.”

Sam Darnold faces an uncertain future with the Jets, but is coming off his best performance of the season. He also provided a reminder why he was the No. 3 overall pick in 2018 – two spots after Mayfield was taken by the Browns.

Darnold was 22 of 31 for 207 yards and a season-best 71% completion percentage with a touchdown and no turnovers against the Rams. Darnold’s 99.8 quarterback rating was also a high for this season.

”Just keep playing games like that,” Gase said of what the QB needs to do moving forward. ”I think it’s really just about being consistent week in and week out, just trying to do those little tiny things that a lot of people don’t notice that keep us on the field.”

The Browns sock a 1-2 backfield scoring punch like no other team.

”It is definitely a two-headed monster,” Gase said.

Nick Chubb and Kareem Hunt each have scored 10 touchdowns, making them the first pair of Cleveland backs to do that since Leroy Hoard (11) and Kevin Mack (10) both reached double digits in 1991.

If Chubb or Hunt score, it usually means the Browns win. They are 10-1 when one of them gets in the end zone.

With Cleveland leaning on its passing game lately, Chubb (931 yards) and Hunt (793) should have fresher legs down the stretch.

”You have to do a good job of getting those guys on the ground because they do it better than anybody in the league right now as far as getting yards after contact and creating explosive plays,” Gase said. ”They help make life easier for everybody else.”

Becton has had an impressive rookie season, garnering the respect of opponents, media and fans for his highlight-reel pancake blocks and consistently solid play.

The No. 11 overall pick in last April’s draft received the most votes among fans for the Pro Bowl, but was not selected for the NFL’s all-star game. The fan vote counts for 1/3 of the vote, with coaches and players making up the rest.

”The solo accolades are going to come when they come,” Becton said. ”Maybe I’ve got to do better.”

When asked if he intends to see his name on the Pro Bowl roster over the next several years, Becton had a one-word response: ”Definitely.”

Cleveland’s sturdy offensive line is dealing with some turbulence, including starting rookie left tackle Jedrick Wills being placed on the COVID-19 list Thursday.

Harris came in on Cleveland’s third play last week after Chris Hubbard, filling in for Harris, suffered a season-ending knee injury. It’s nothing new for the fifth-round pick from Washington. He began his college career at center, moved to guard and then went back to center.