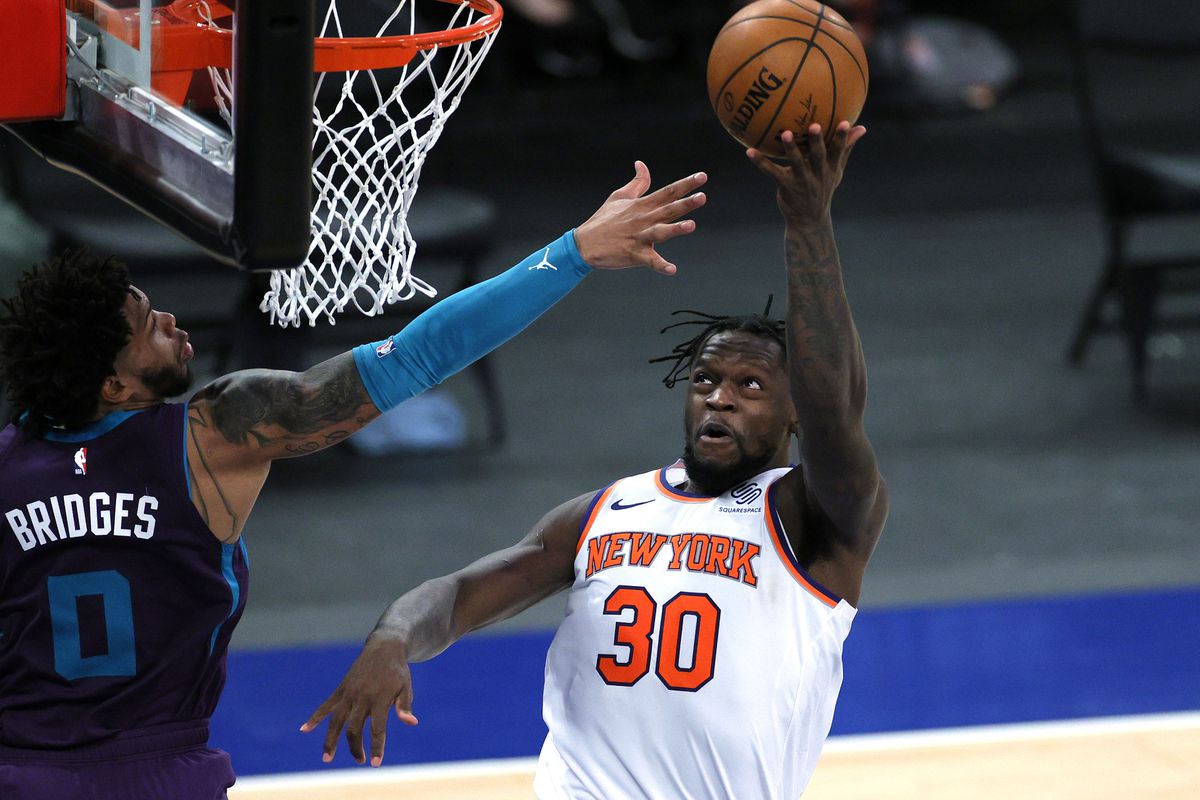 Even during their longest winning streak in eight years, the New York Knicks spoke at various points about looking at game films and finding ways to play better.

For the first time in three weeks, the Knicks spoke about those topics following a loss and will look to begin another winning streak Wednesday night when they host the Chicago Bulls.

The Knicks (34-28) are 9-1 in their past 10 games, with that defeat coming at home Monday 118-110 to the Phoenix Suns after taking a 15-point lead in the first quarter. It was their first setback since dropping a 101-99 decision April 7 against the Boston Celtics.

Before Monday, the Knicks’ nine-game winning streak was their longest since a 13-game run of success March 18 to April 9, 2013, during a season when they won 54 games and last qualified for the postseason.

After winning three overtime games in the most recent winning streak, the Knicks were unable to stop the second-best team in the Western Conference down the stretch, allowing Chris Paul to score seven points in a 70-second span late in the game.

“You can’t have the type of record that they have without being a high-quality team, so you’re not going to beat them just playing well for 12 minutes. That’s not going to get it done,” Knicks coach Tom Thibodeau said of facing the Suns. “So, it’s going to be a street fight and you’ve got to compete.”

New York’s winning streak lifted them from eighth in the Eastern Conference to fourth. Entering play Tuesday, the Knicks were tied with the Atlanta Hawks for fourth place and were 1 1/2 games up on the sixth-place Boston Celtics and two games ahead of the seventh-place Miami Heat.

On Monday, Julius Randle produced a rare quiet night by scoring 18 points on 6-of-17 shooting. Randle was held under 20 points twice during the winning streak but this time the Knicks fell as they were outscored 62-47 in the second half. New York shot 43.2 percent after halftime after shooting 60.5 percent in the opening 24 minutes.

“We were close but not close enough,” New York reserve guard Derrick Rose said. “It hurts for sure losing a close game like that, but we can take lessons and learn from our mistakes.”

Now, both Rose and Thibodeau match up against their former team. Rose won the MVP with the Bulls in 2011, while Thibodeau coached the team to five appearances in the playoffs from 2010-11 to 2014-15.

The Bulls (26-35) are still trying to inch into the 10th spot in the conference standings and grab a spot in the play-in tournament.

On April 8, the Bulls were on a three-game winning streak following a six-game skid and were in 10th place, three games ahead of the 11th-place Toronto Raptors. Since then, they are 4-7 and have gone 4-3 without Zach LaVine (health and safety protocols).

At the start of NBA play Tuesday, the Bulls are one game behind the 10th-place Washington Wizards, who are on a 10-2 surge.

The Bulls are coming off a split with Miami. After seeing a comeback from a 24-point deficit fall short in a 106-101 loss on Saturday, the Bulls pulled away down the stretch for a 110-102 victory on Monday.

Nikola Vucevic totaled 24 points and 11 rebounds as Chicago ended the game with an impressive 36-20 run and held a commanding 51-34 rebounding edge.

“We’re definitely aware of where we are and what’s going on,” Chicago forward Thaddeus Young said. “(The Wizards are) playing really good basketball, and we’ve got to figure out ways to win basketball games. Our approach to every game has to be the same: Win at all costs because everything is on the line from this day forward.”