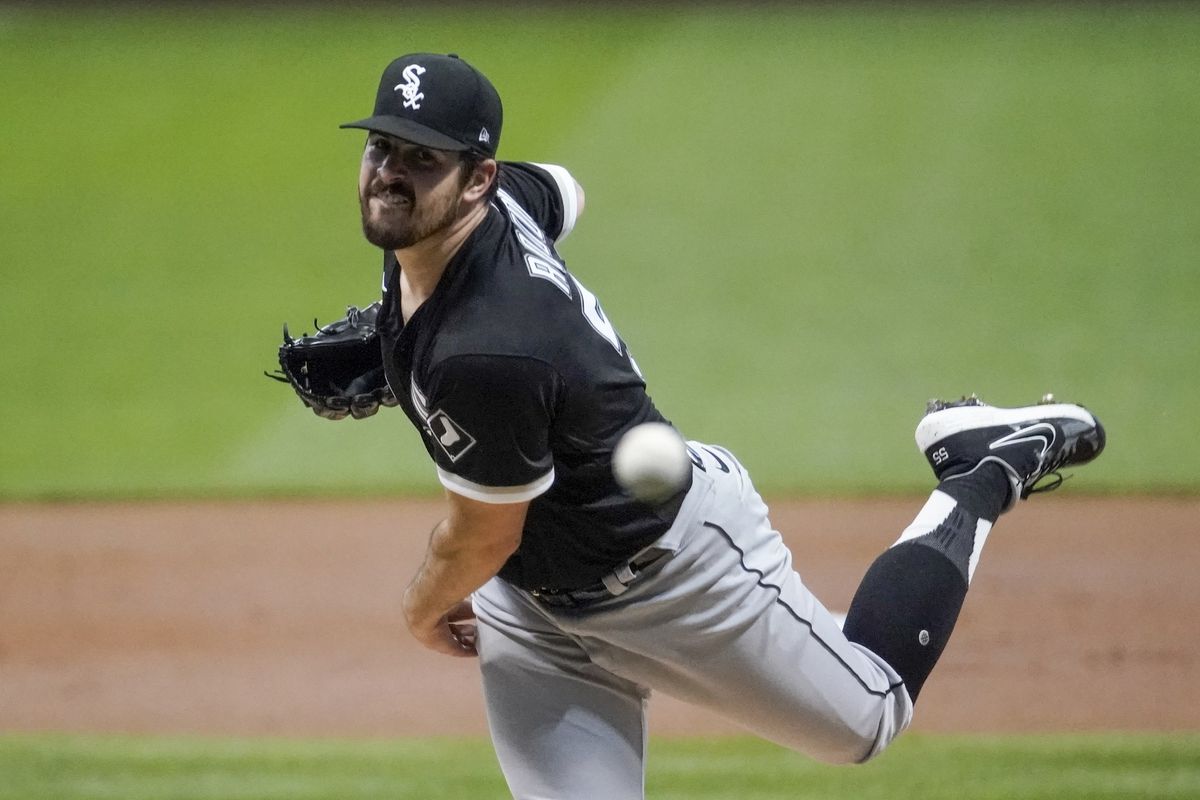 Carlos Rodon has had nearly a week to savor a memory that will last a lifetime.

Fresh off throwing his first career no-hitter, Rodon returns to the mound on Tuesday as the Chicago White Sox visit the Cleveland Indians.

Rodon (2-0, 0.00 ERA) retired the first 25 batters he faced last Wednesday before hitting Roberto Perez on the back foot with an 0-2 slider to end his bid for a perfect game. Undaunted, Rodon recorded the final two outs as the White Sox posted an 8-0 victory over the Indians.

Prior to this season, Rodon hasn’t provided as much bang for the buck as one might expect for a pitcher selected with the third overall pick of a draft (2014).

Signed to a low-risk, one-year, $3 million contract in February, the 28-year-old returned with some extra zip on his fastball. He has struck out 16 batters in two starts, including seven against the Indians.

The White Sox answered splitting a four-game series against the Indians by doing the same versus the Boston Red Sox. A six-run first inning led to Chicago’s undoing in an 11-4 setback on Monday, with manager Tony La Russa electing to use designated hitter Yermin Mercedes and infielder Danny Mendick on the mound in the late innings.

“We’ve got several that could have pitched in a competitive game, but if they pitched (Monday), they’re out (against the Indians),” La Russa said.

Adam Eaton had a pair of doubles and drove in three runs on Monday. He hit safely in all four games last week against Cleveland, highlighted by a three-run homer in a 4-3 win on April 12.

The Indians open a nine-game homestand Tuesday on the heels of salvaging the series finale against the Buckeye State rival Cincinnati Reds.

Jose Ramirez belted a solo shot and Jordan Luplow and Perez also went deep in Cleveland’s 6-3 win on Sunday. The Indians’ feast-or-famine offense has featured 22 homers in 15 games; however, it also has mustered just 57 runs and is batting a paltry .209 as a team.

Ramirez began his four-game hitting streak with a go-ahead, two-run homer in the Indians’ 4-2 win over the White Sox on Thursday. Ramirez is tied with Luplow and Franmil Reyes for the team lead in homers (four).

Right-hander Zach Plesac (1-2, 5.27 ERA) returns to mound on Tuesday looking to respond to the shortest outing of his career. He allowed six runs on seven hits and recorded only two outs to take the loss last Wednesday.

“This has been the toughest game, day, of my entire career so far,” Plesac said after that loss. “Minor leagues, big leagues, high school, college, anything. It hurts, man.”

Plesac owns a 1-3 record with a 4.59 ERA in six career starts versus the White Sox.