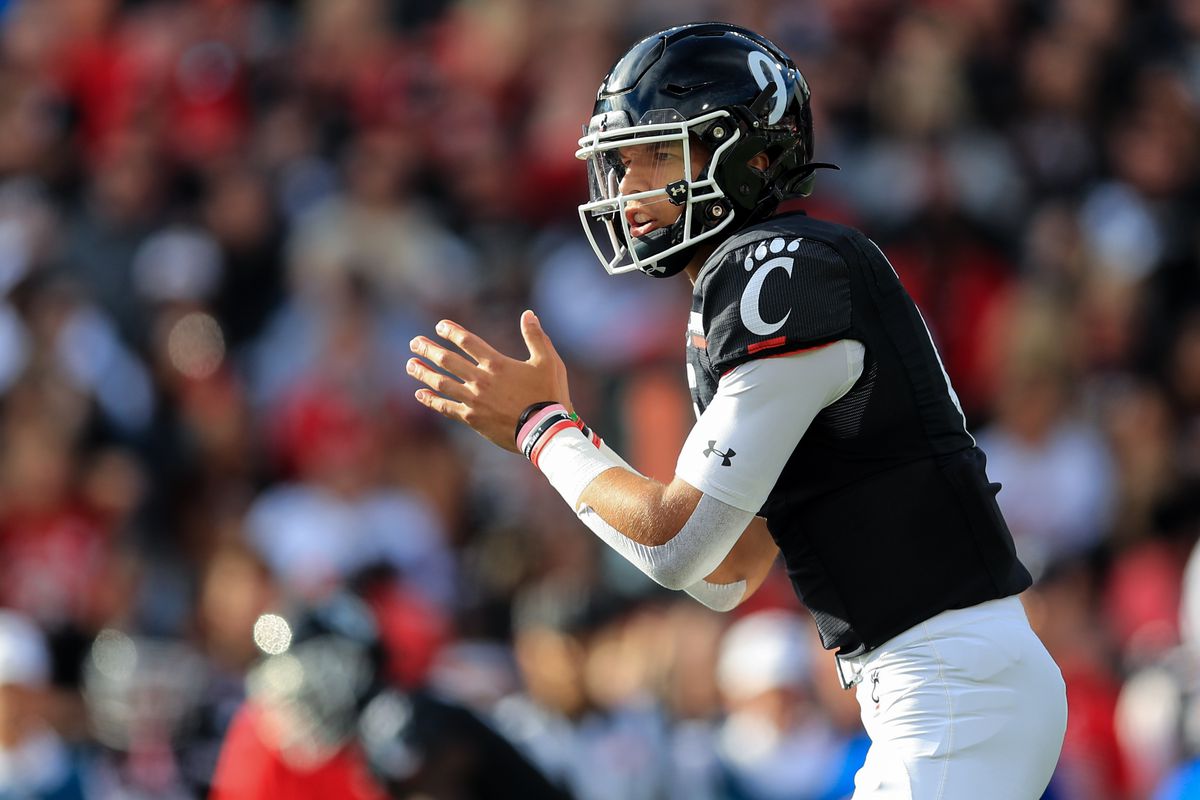 No. 17 Cincinnati takes a five-game winning streak and a penchant for takeaways into a Saturday game against East Carolina in Greenville, N.C.

The Bearcats (6-1, 3-0 American Athletic Conference) are coming off their second bye week, having defeated visiting Tulsa 24-13 on Oct. 19, when they forced five turnovers, including three fumbles.

Cincinnati also had five takeaways (four interceptions) a week earlier at Houston, and it benefited from four takeaways in its signature victory of the season, a 27-24 home win that ended UCF’s 19-game winning streak in the AAC.

Despite being outgained in all three conference games, the turnovers have been more than an equalizer for the Bearcats.

“They work at it,” Cincinnati coach Luke Fickell said of his defensive players, “but it’s more a comfort. When you play a lot of man coverage like we do, people would say, ‘Well your job in man is to deny your man the ball, not to get picks.’

“But when you become good at what you do, you become a lot more aggressive. Even though you’re playing man, you have the ability to get more aggressive and go get a ball. Some of those things are showing up, as well as the energy with guys flying to the football. …

“We’re putting some shots on backs and really trying to make an emphasis on raking at balls.”

Cincinnati is tied for fifth nationally with 11 interceptions, led by sophomore safety Ja’Von Hicks, who has four picks.

East Carolina (3-5, 0-4) comes in on a three-game losing streak with a passing attack that has been inefficient. Sophomore Holton Ahlers has completed 55.6 percent of his 250 passes for 1,672 yards with seven touchdowns and seven interceptions.

The dual-threat quarterback is often effective on the ground — he is second on the team with 256 rushing yards — but the Pirates failed to gain traction last Saturday in a 45-20 loss to South Florida. They rushed for a mere 102 yards while allowing 347.

East Carolina will be without junior linebacker Aaron Ramseur, who sustained a torn ACL last week. He had 32 tackles, including 5 1/2 for loss, this season.

“It doesn’t matter who we’re facing right now,” Fickell said. “We’ve put ourselves in position to get a lot of people’s best shots.”

Cincinnati’s ground game is led by Michael Warren, who has 498 yards and four touchdowns on 114 carries. Quarterback Desmond Ridder has completed 60.6 percent of his 175 passes for 1,399 yards with 14 touchdowns and five interceptions.

Ridder passed for 335 yards and four touchdowns in Cincinnati’s 56-6 romp over East Carolina last season. Ahlers was 8 of 22 for 184 yards in that game.

“One of the top teams in the country,” Houston told reporters of the Bearcats. “A complete program from top to bottom, one that wins by doing things right, by being sound fundamentally in all three phases, by taking advantage of mistakes that opponents make and by not making critical mistakes that beat themselves.”