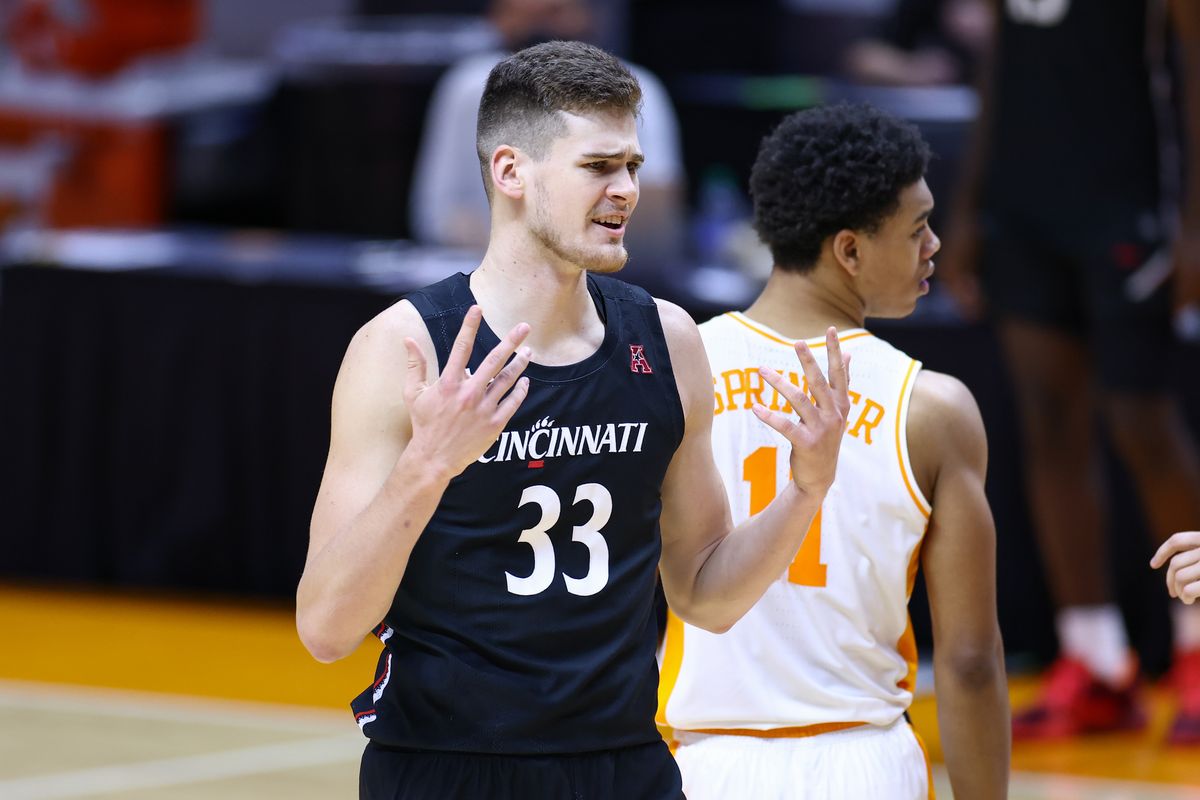 The knee-jerk reaction following their loss to American Athletic Conference frontrunner Houston was to assess how the SMU Mustangs stacked up against a team positioned to claim the league title.

The Mustangs (6-1, 2-1 American) dropped their first game of the season to the Cougars, 74-60, in Dallas on Sunday. Then-No. 5 Houston looked the part of a conference juggernaut while SMU, set to host Cincinnati (2-6, 0-3) on Thursday, showed signs that it will remain a force in the league although it might be a bit early to assess their chances.

“I have no idea,” said Mustangs coach Tim Jankovich when asked if the conference picture is beginning to take shape. “We just started. We’ve seen three teams. Things change a lot. To even have that mindset, I don’t even have that mindset. Do you know how different a team will look a month from now? We’re just barely out of the batter’s box it feels like.

“There is no race yet. It’ll start to open up in about a month.”

Poor shooting has plagued Cincinnati this season, with the Bearcats connecting on just 42.7 percent of their shot attempts and only 26 percent of their 3-pointers. Cincinnati coaches extensively track shooting percentages during competitive portions of practice, with the results in practice in no way reflecting the struggles the Bearcats have suffered through during game action.

At this stage, there is some room to interpret the shooting woes as mental. There is however optimism in the fact that Cincinnati could indeed find a shooting stroke in line with practice stats.

“Right now, nobody outside of Jeremiah is shooting it at the percentages that they are on a regular basis in practice,” Bearcats coach John Brannen said. “I think that in the last two games they’ve gotten rhythm shots. Prior to that our offense was so stagnant with the lack of ball movement that I didn’t feel like they were going to make shots.

“But now I feel like with the way the ball is moving and with the understanding of roles that I was surprised we didn’t shoot better against Tulsa. I think water finds its mark when it comes to those types of things.”