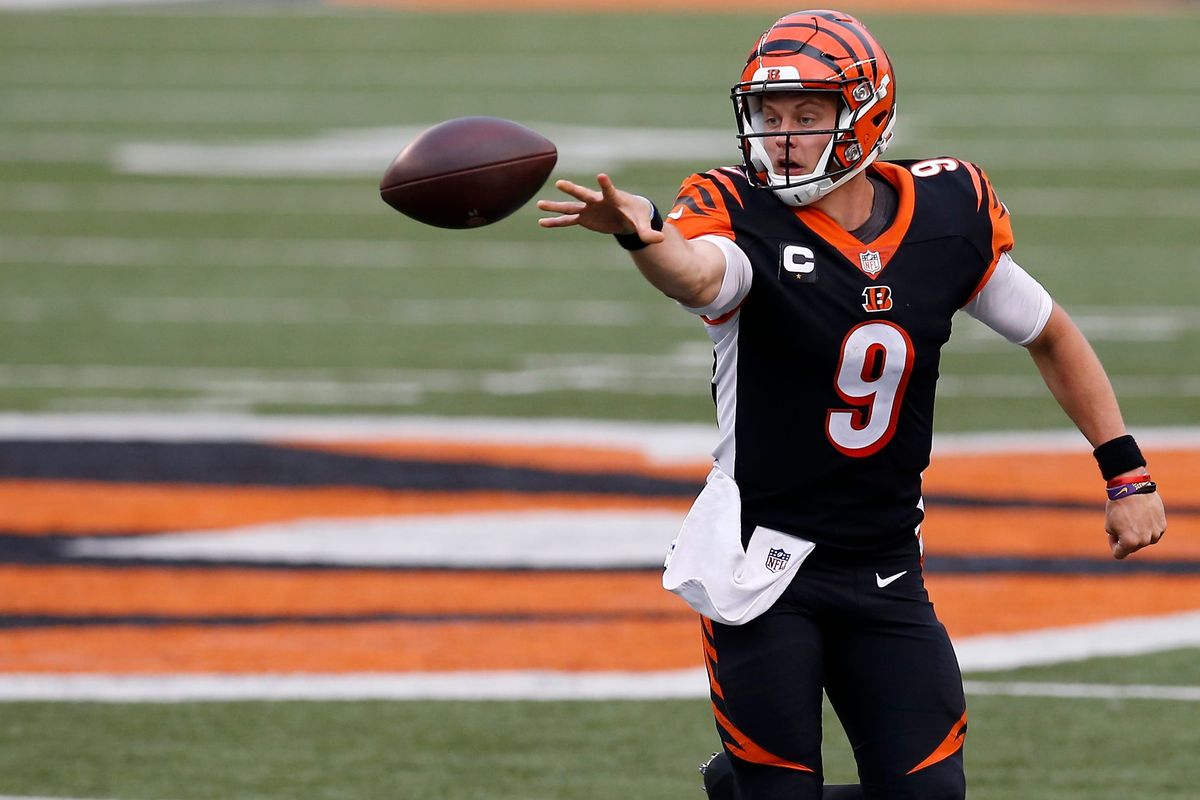 LANDOVER, Md. (AP) Before the Cincinnati Bengals selected Joe Burrow to be their franchise quarterback, the owners of the top pick in the NFL draft met with Chase Young, who was considered a generational pass rusher.

It wasn’t a straightforward choice.

”Any time you’re picking in the top five, you have a chance to really change the dynamic of your team with whoever you select,” coach Zac Taylor said. ”We had the opportunity to pick No. 1 and we took Joe Burrow, and we’re very thankful that we did that.”

The Bengals are glad they have Burrow, and Washington is thankful Young fell to them at No. 2. The top picks face off Sunday, more than halfway through the first pro season of two potential cornerstone stars who are also going through growing pains typical of even the most talented players.

Burrow ranks third in the league with 242 completions, but beat himself up for ”lazy” play in a blowout loss to Pittsburgh that dropped Cincinnati to 2-6-1. Young paces all rookies with 3 1/2 sacks, but committed a costly roughing-the-passer penalty Sunday that set up Detroit to win at the buzzer and make Washington 2-7.

Each player could win rookie of the year honors on his side of the ball, but isn’t satisfied with his performance.

”My decision making wasn’t as sharp as it was,” said Burrow, who shrugged off an ankle injury. ”Things weren’t clicking for me as fast as they normally do.”

Young was going too fast to stop before hitting Lions quarterback Matthew Stafford and was quick to own up to his ”rookie mistake” and move on.

”I learn from my mistakes, and my mistakes help me grow,” Young said Thursday. ”I’m going to just be a man about everything I do.”

When the Bengals visited with Young before the draft, that’s exactly what Taylor saw – not a kid, but ”a very impressive man.” Burrow knew that from their time together at Ohio State, before he transferred to LSU, where he won the Heisman Trophy and a national title.

”One of a kind: He’s a rare talent that is going to continue to get better every single game and every year,” Burrow said. ”You just always have to have a game plan for those kind of guys.”

Young and Washington’s top-ranked passing defense is planning for Burrow and the Bengals, who have allowed the second-most sacks in the NFL. Cincinnati will likely double- (or triple-) team Young like so many opponents already have, but he isn’t shying away from trying to get to his old college teammate and make up for last week.

”Going into this game, our plan is to get after it,” Young said. ”And I’m excited.”

Injuries keep piling up for the Bengals.

The offensive line has been a mess. Cincinnati was without two starting tackles in last week’s blowout loss to the Steelers. One starting guard has been on the injured list since Week 1. Another guard is out because he tested positive for the coronavirus. It’s not clear yet who will be able to play.

”Not by choice, we’ve developed a lot of depth at the offensive line,” Taylor said. ”Guys have played a lot of different positions. Now it’s gotten to a point where we feel really comfortable on game day with moving guys around because they’ve shown us that they can play at a winning level there.”

The secondary has been nearly as beaten up. Cornerback MacKensie Alexander left last week’s game with a concussion. The Bengals already were missing cornerbacks LeShaun Sims (concussion), Trae Waynes (pectoral) and Darius Phillips (groin), and their status for Sunday is yet to be determined.

Running back Joe Mixon has missed the last three games with a foot injury and is questionable once again.

Alex Smith threw for a career-best 390 yards against the Lions in his first start since breaking his right leg in November 2018. It’s possible Smith at 36 is a more precise passer than before the injury, even if he has less mobility now.

”You’re always trying to get better at everything,” he said. ”I don’t think that ever stops as a quarterback.”

”You’re a little self-conscious or you overanalyze things,” Smith said. ”I appreciate that feedback from people and that point of view, another set of eyes.”