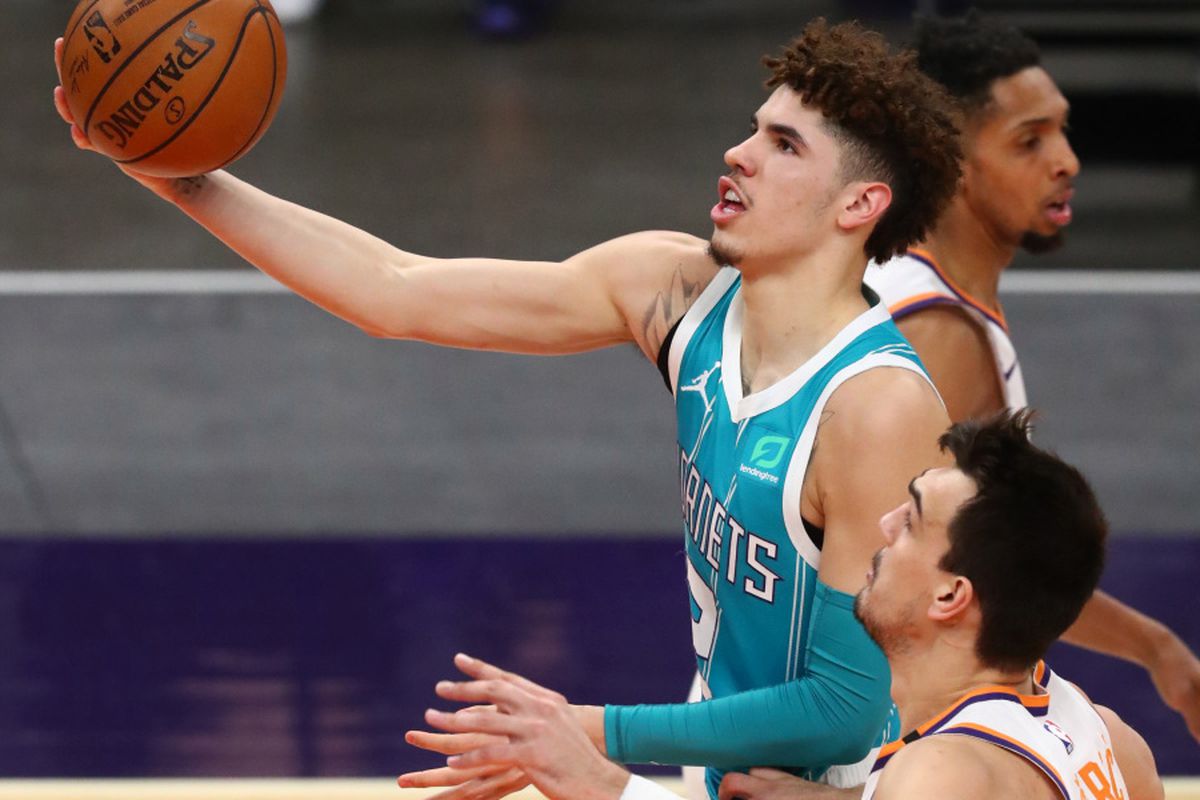 The Charlotte Hornets entered the All-Star break a half-game behind first place Miami in the Southeast Division.

The Hornets will begin their second-half push for a division title and playoff berth with a home game against Detroit on Thursday.

Charlotte has fallen into a win-one, lose-one rut for the past few weeks. The Hornets haven’t won two straight since Feb. 7-8. They defeated Minnesota 135-102 on March 3 in their last outing before the break.

“It validates the first half of the season,” coach James Borrego said. “It validates what we’re doing, how well we’re playing.”

The Hornets finished last season with a 23-42 record. Their improvement has been fueled by two major additions — forward Gordon Hayward and point guard LaMelo Ball.

Hayward was acquired from Boston in a sign-and-trade and leads Charlotte in scoring at 21.5 points per game. Ball is the leading candidate for the Rookie of the Year award while averaging 15.8 points, 6.3 assists and 6.0 rebounds in his first 35 NBA games.

The Hornets have relied on their perimeter shooting, making 38.5 percent of their 3-point attempts, sixth-best in the league. Malik Monk, Terry Rozier and Hayward are shooting 40 percent or better from deep.

Charlotte has a good chance of securing a postseason berth if it can improve defensively. The Hornets ranked 22nd in defensive field-goal percentage and 3-point percentage prior to the week off.

“They’re not satisfied. They want more,” Borrego said of his players. “They believe we can be better, and that’s what I expect in the second half.”

The Pistons are not measuring this season by wins and losses. They are in the early stages of a rebuild and won only 10 games before the break, the fewest in the Eastern Conference.

“There’s things I see that are not showing up in the win-loss column that are positives,” coach Dwane Casey said. “The grit and grind and stick-to-it attitude is at the top of the list. Teams are going to have to really, really fight to beat us.”

The Blake Griffin era officially ended over the weekend when the Pistons and their former All-Star forward agreed to a buyout.

In recent games, partly due to injuries, Casey has been playing three rookies regularly — Saddiq Bey, Isaiah Stewart and Saben Lee. They have all made a favorable impression.

“We have quite a lot of basketball left, and we want to continue to grow,” Casey said. “I would challenge anyone who says these young guys haven’t grown.”

This is the first of three scheduled meetings between Charlotte and Detroit. The Hornets will also host the Pistons on May 1 and travel to Detroit for a May 4 matchup.

Last season, the Hornets swept the four-game series. They won the first three by a combined seven points before recording an 87-76 victory last February.