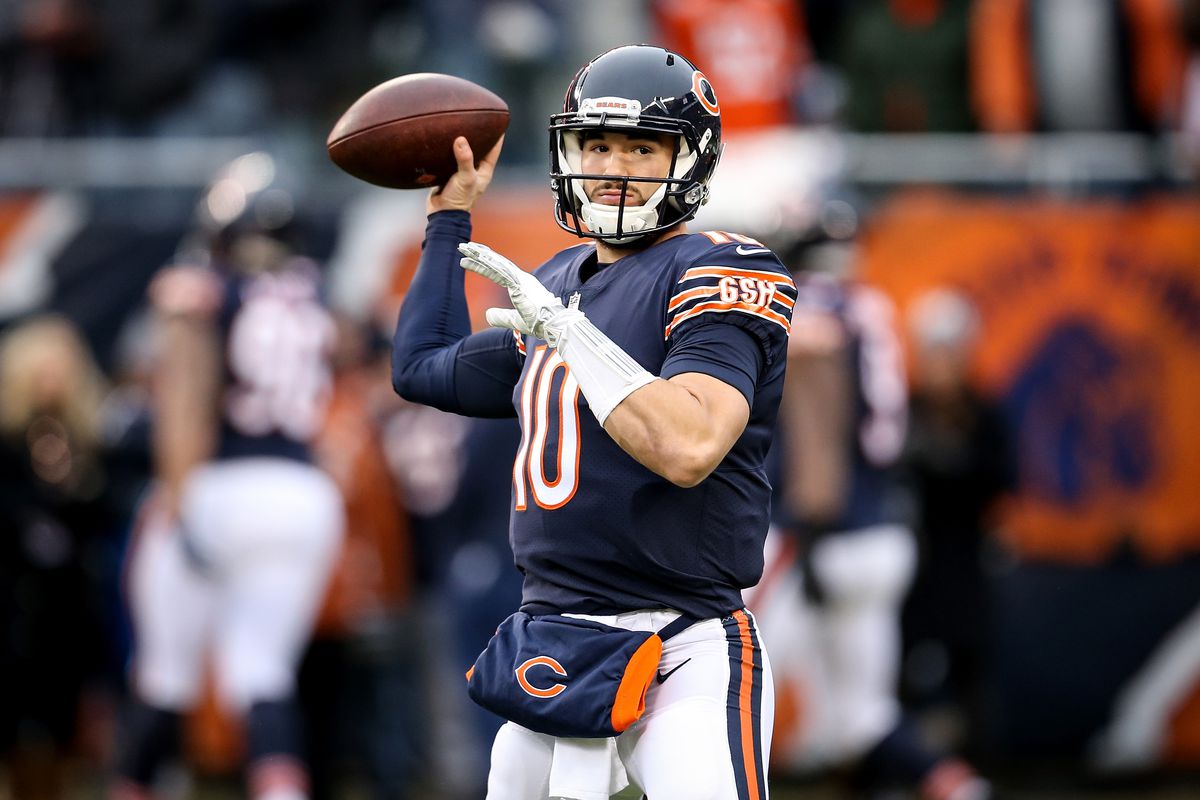 LAKE FOREST, Ill. (AP) The Chicago Bears are searching for answers in a season that began with such promise coming off an NFC North championship.

”They could flip a switch at any moment and turn it around,” he said. ”They have more than enough talent over there.

With five losses in six games and their postseason hopes all but extinguished, the Bears (4-6) will try to start salvaging something when they host the struggling Giants (2-8) on Sunday.

Chicago has fallen out of contention after winning the NFC North at 12-4. They were banking on quarterback Mitchell Trubisky to make another jump coming off a Pro Bowl selection and an offense that showed some creativity to click in a major way in coach Matt Nagy’s second year.

Neither has happened. And last week’s 17-7 loss to the Rams in Los Angeles was particularly bad.

Not only did an offense that ranks among the league’s worst stall again, Trubisky sat out the final drive because of a right hip pointer. And the Bears wasted another solid effort by a defense that still is one of the NFL’s best, even if it’s banged up and more vulnerable.

”It hasn’t gone the way we wanted it to go,” receiver Allen Robinson said. ”I think that’s most of the frustration. We know that we have good players. We know the kind of ability that everybody has. It’s pretty much the same players that we had last year. Seeing some of the success that we’ve had – even this season – it’s tough to not be consistent.”

The Giants dropped six in a row prior to their bye last week and are on the verge of clinching their third straight losing season. They’re 7-19 in two years under Pat Shurmur, and the coach and general manager Dave Gettleman could be on shaky ground.

Trubisky said this week his hip was improving and he sounded confident he would be ready to play.

He was hurt taking a knee from the Rams’ Michael Brockers as Troy Hill sacked him near the end of the first half, got treatment at the break and led an 80-yard touchdown drive early in the third quarter. But his hip tightened and the offense sputtered. Nagy turned to Chase Daniel for the final drive and would go with the veteran if Trubisky is unavailable.

The hip problem is just the latest blow in a rough season for the No. 2 overall pick in the 2017 draft. He missed the loss to Oakland in London last month because of a left shoulder injury that knocked him out of the win over Minnesota the previous week.

His completion percentage, yards per game and rating are all lower than last season. And after throwing 24 touchdowns and 12 interceptions a year ago, he has nine and four in nine games.

Daniel, who has five starts in 10 seasons, passed for 285 yards with a touchdown and two interceptions in an overtime loss at the Giants last season. He also got sacked five times in that game, with Trubisky sidelined by a shoulder injury.

No one needed the bye week more than Giants running back Saquon Barkley. In four games since returning from a high right ankle sprain, he has gained 72, 64, 28 and 1 yard rushing. The numbers have gone down and the 1-yard performance came on 13 carries against the Jets on Nov. 10. Barkley started the season with 120 yards against Dallas and 107 against Buffalo.

The Giants are having problems on defense for the second straight year. They have given up 289 points in 10 games, fourth worst in the league. Turnovers and big plays have hurt. The Giants have 24 turnovers – second highest in the NFL – including a league-worst 14 fumbles lost. The defense has allowed 41 pass plays of 20 yards or more, including a league-high 12 of 40 or more.

Don’t be surprised if cornerback Sam Beal, who missed his first season and a half with injuries, gets some of first-round pick DeAndre Baker’s playing time. Rookie Julian Love may also see time in the nickel and at safety. Cornerback Janoris Jenkins is coming off a concussion as well.

Chicago kicker Eddy Pineiro is struggling in a big way.

He has missed three straight field goals and four of his past seven after making 9 of his first 10. Pineiro was wide on both attempts – 48 and 47 yards last week. He also missed two, including a 41-yarder as time expired, in the loss to the Los Angeles Chargers on Oct. 27.