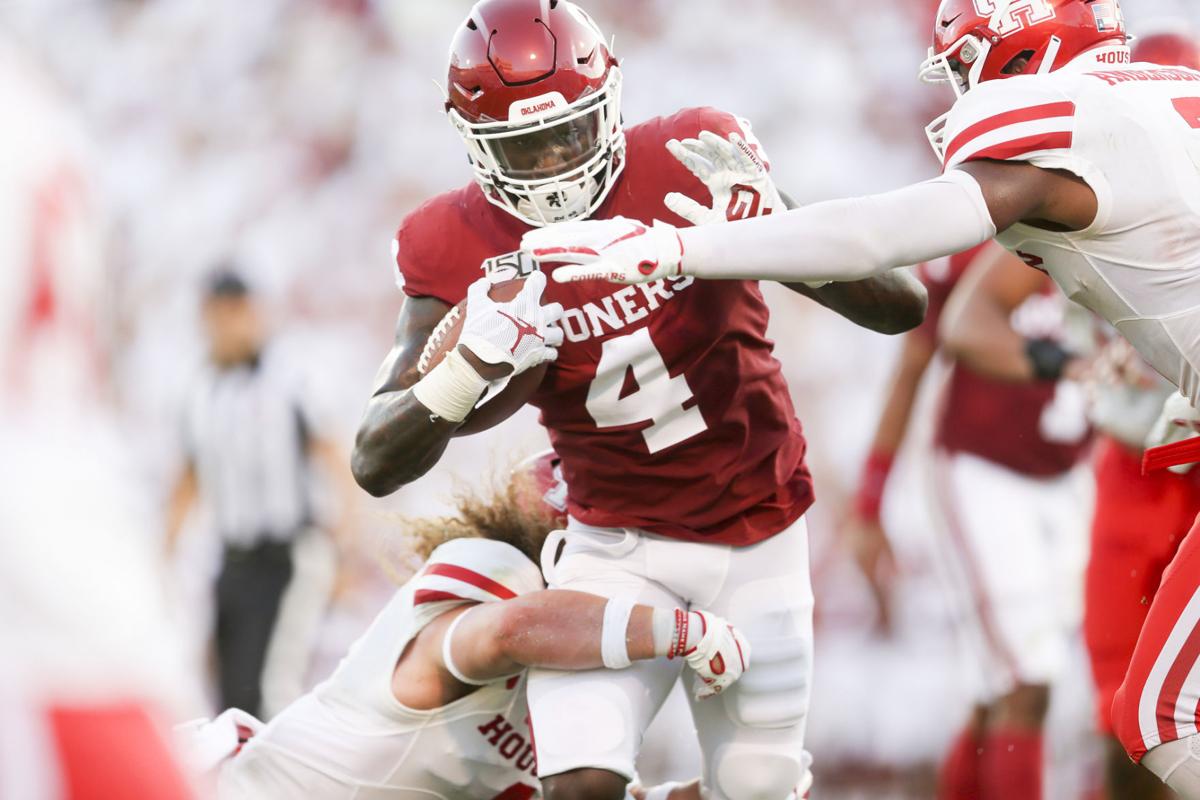 That’s why his words about Houston quarterback D’Eriq King carry so much weight heading into their matchup on Sunday night. The senior accounted for 50 touchdowns in 11 games last season.

”When you look at them, it all starts with the quarterback,” Riley said of the Cougars. ”The quarterback’s a fantastic player. He’s one of the best quarterbacks in the country. He’s certainly a dual-threat guy that can make all the throws, but certainly can scare with what he can do with his legs as well.”

Slowing the Houston attack will be challenge for new Oklahoma defensive coordinator Alex Grinch, but he looks forward to showing that a unit that ranked 114th nationally in total defense last season has improved.

”We’ve committed a year of our lives up to this point to play defense at the University of Oklahoma,” he said. ”Not to be dramatic, but I don’t know how else to describe it. There was a move on my part. Family moved, kids moved. These guys spend a lot of time in this facility working their tails off and it’s for one thing and one thing only — to perform at a level that’s expected at a place like this.”

Grinch has brought an aggressive approach with an emphasis on creating turnovers. Linebacker Kenneth Murray said he likes that mindset.

”It’s dogs being dogs,” said Murray, the preseason Big 12 Defensive Player of the Year. ”He has that mentality – that cutthroat mentality like you need. If you’re a defensive player or a linebacker, you love that, so just having a defensive coordinator that has that ability to do everything possible to make things no gray area for you and make you fly around to the ball. You’re just excited.”

”Defensively, I think I know what I’m going to get from them,” Houston coach Dana Holgorsen said. ”When it comes to Alex Grinch … there’s no secret what he does. Grinch had a lot of success at Washington State, and we got a lot of film for what his product is.”

”Game one, it doesn’t matter if they go well or don’t go well, one thing you can guarantee is it’s going to be complete overreaction by the public on every part of it,” he said. ”That’s just the nature of the beast that we deal with.”

Oklahoma’s quarterback is Alabama transfer Jalen Hurts, who started the 2016 and 2017 seasons and led Alabama to a 26-2 overall record. He lost the starting job to Tua Tagovailoa in 2018 but still played in 13 games. He replaced the injured Tagovailoa in the fourth quarter of the 2018 SEC championship game and rallied the Crimson Tide to a 35-28 win over Georgia. He graduated, then transferred to Oklahoma in January and won the starting quarterback job over Tanner Mordecai and Spencer Rattler during camp.

Oklahoma moved the game to Sunday night because of Labor Day weekend and to avoid the heat that normally comes with afternoon games this time of year in Norman.

”I’ve never played on Sunday before,” Oklahoma tight end Grant Calcaterra said. ”It will be different — approaching that game, going through this week. Sunday night is like a prime-time game for (NFL games), so the whole team is excited. It’s a big-time game. We’re all looking forward to it.”

Oklahoma’s players named Hurts a captain for his only season with the Sooners. Oklahoma’s other captains are Kenneth Murray, defensive lineman Neville Gallimore and offensive lineman Creed Humphrey.

The teams met in the 2016 opener, and No. 15 Houston pulled a 33-23 stunner over the third-ranked Sooners. Oklahoma eventually won the Big 12 and beat Auburn in the Sugar Bowl, but the Sooners missed out on the playoff for the only time in the past four seasons.

Holgorsen knows the Big 12 well and is the second-winningest coach in West Virginia history with a record of 61-41 in eight seasons. The Sooners beat West Virginia 59-56 last season. Holgorsen says his experience against Oklahoma should be helpful.

”I think it’s relevant,” he said. ”I know those guys pretty well.”