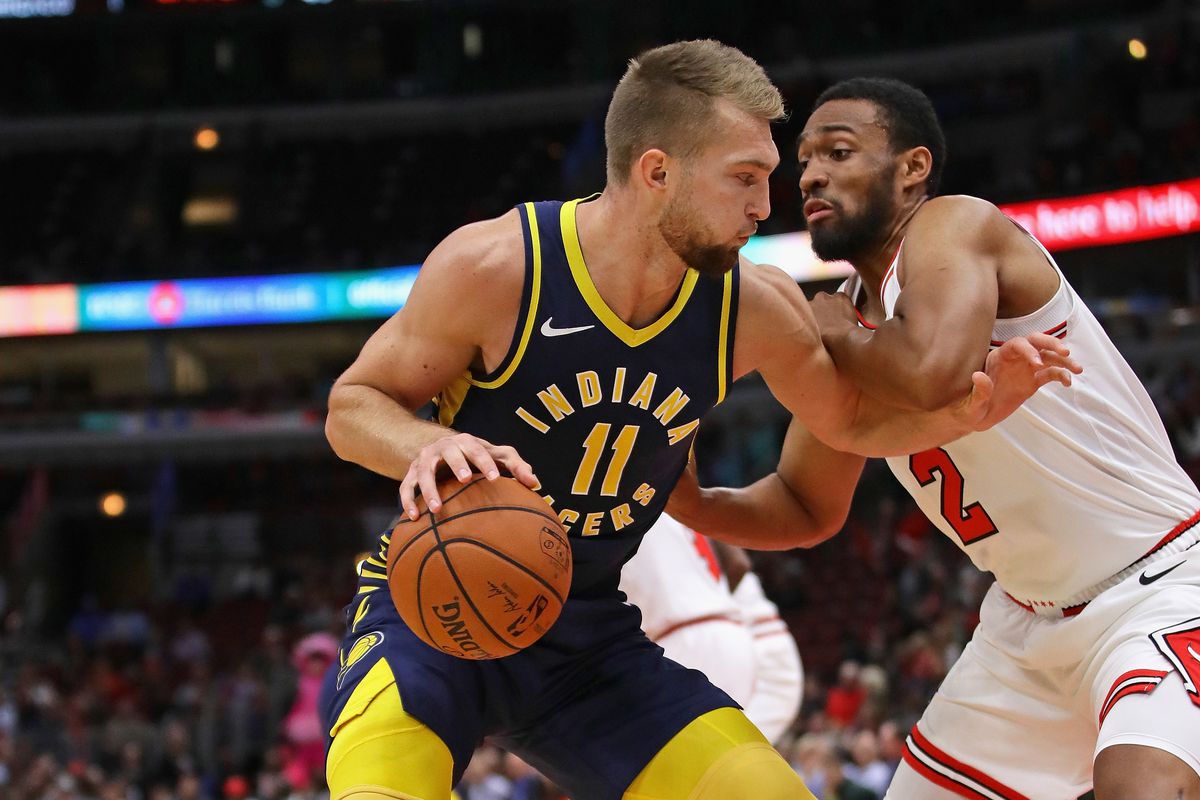 As DeMar DeRozan sees it, “everyone understands their role” for the surging Chicago Bulls.

Winners of four of their last five, the Bulls will look to extend their roll and team-first mentality Monday as they host the Indiana Pacers.

Chicago is coming off a come-from-behind, 109-103 victory against the visiting New York Knicks on Sunday.

While DeRozan played a starring role with 31 points and Zach LaVine followed with 21, the Bulls got plenty of support in using a 37-29 fourth-quarter blitz to overtake the Knicks.

Coby White drilled a go-ahead 3-pointer early in the final period as part of a resurgent second half that saw him score 12 of his 14 points after the break. White has steadily improved following his recent return from a shoulder injury that kept him out for much of the first month of the season.

“I’m just personally happy for him,” Bulls coach Billy Donovan said. “When you watch a guy work the way he does and never point fingers, you have a real appreciation for a professional like that.”

Damontas Sabonis notched a double-double of 20 points and 10 rebounds to boost Indiana. The Pacers seemingly got the message from a night before, when coach Rick Carlisle benched the starters midway through the third quarter of an eventual three-point loss at Charlotte.

“I’m not going to necessarily say it was a good thing, what happened last game with us, but I think it was a wakeup call,” Myles Turner said. “Sometimes this league is all about how you respond.”

The Pacers’ second and third units nearly helped the team erase a 25-point deficit against the Hornets. Indiana led New Orleans by 13 after one quarter before pulling away behind a 38-18 third quarter.

Added Sabonis: “Energy and effort, you gotta bring it every night. It’s a long season, a lot of games, and sometimes it’s hard to bring it. But it has to be a collective group; not (just) one or two guys can bring it because then the defense breaks down or on offense someone’s not committed to what we’re doing. (Saturday) felt like everybody was committed, and good results showed.”

Chicago has won two straight in the series overall but has lost five straight meetings with the Pacers at home. The Bulls won the final meeting of their three-game season series with Indiana last season behind a 32-point, 16-rebound double-double from Nikola Vucevic, who remains in the NBA’s COVID-19 protocols and out of the lineup for Chicago.

Sidelined since Nov. 11, Vucevic returned to the team Sunday, but it still is unknown when he’ll be able to resume game action. Donovan confirmed Sunday that “it’s all up to the doctors at this point,” saying “the next step is clearing all the cardiovascular protocols.”

The Bulls have won six of eight at home this season.