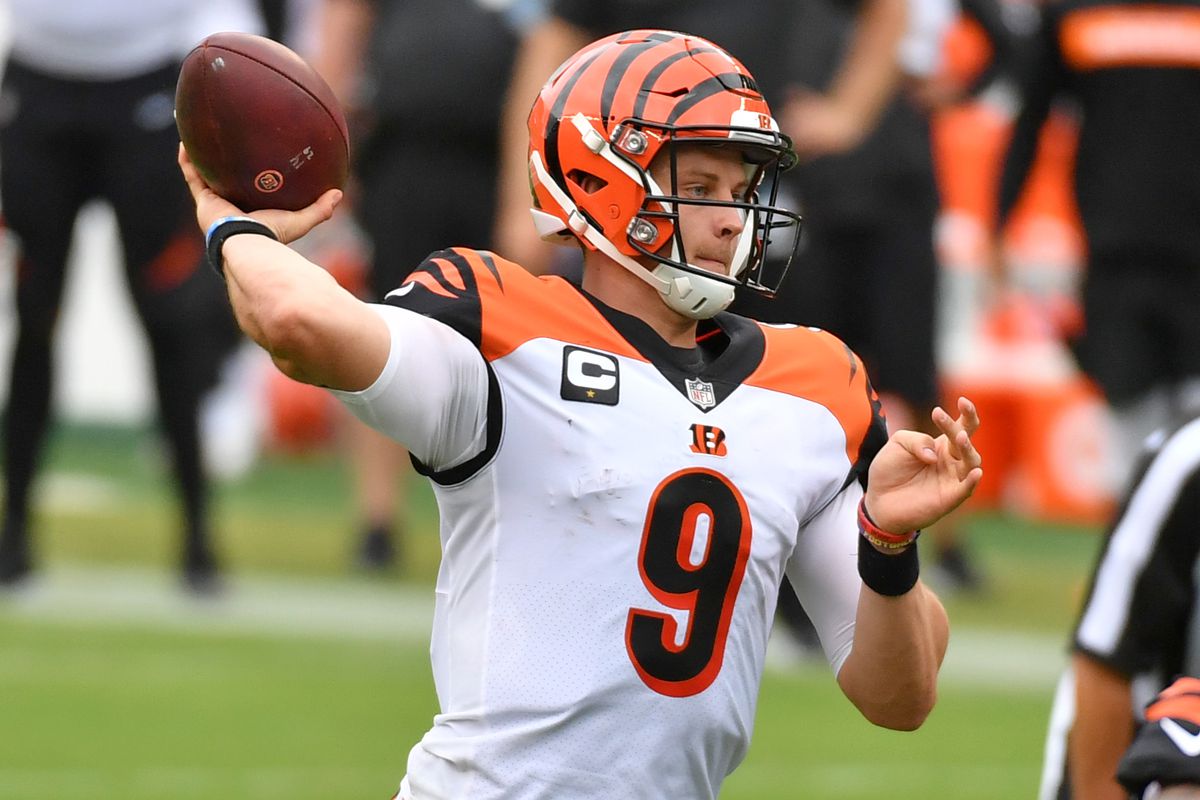 COLUMBUS, Ohio (AP) Joe Burrow and Gardner Minshew are getting used to picking themselves up off the ground.

As far as their teams are concerned, giving the dynamic, creative quarterbacks better protection has become a pressing issue.

Burrow, the Bengals’ rookie, has been sacked a league-high 14 times in the first three games, including eight in last week’s 23-23 tie with the Philadelphia Eagles.

Minshew, the Jaguars’ second-year quarterback, has taken 10 sacks, tied for fourth in the NFL.

The Bengals (0-2-1) are still seeking their first win – and Burrow his first NFL victory – as the Jaguars (1-2) come to town Sunday as the losers of two straight.

In Cincinnati, there has been much handwringing about the dismal performance of the offensive line. Burrow was throttled last week Sunday against the Eagles, getting hit 18 times. Still, he has emerged as one of the few bright spots for the struggling Bengals.

Cincinnati auditioned some potential offensive line replacements this week and signed a guard off the practice squad for help.

Burrow says the numbers might be a little misleading.

”My style of play, I’m going to get hit,” said the 2019 Heisman Trophy winner who piloted LSU to a national championship. ”You know I’m going to try to extend the play as much as I can, and that’s something that I’m going to have to live with and I’ve lived with it. I understand that’s going to happen.”

Minshew plays behind a veteran line in Jacksonville, but was sacked four times in last week’s 31-13 loss to Miami and four times in the Week 1 win over Indianapolis.

He said he’s working on his pocket presence and avoiding sacks.

”You have to be able to keep your eyes downfield and (on) your reads as you feel the pocket, feel when you have space, feel when it’s closing in too fast and adjusting,” Minshew said.

The Jags have had mixed results against rookie starting quarterbacks during Todd Wash’s five seasons as defensive coordinator.

They are 2-2 against Sam Darnold (2018) of the New York Jets, Buffalo’s Josh Allen (2018), Cleveland’s DeShone Kizer (2017) and Denver’s Paxton Lynch (2016). None of those guys completed more than 50% of their passes against Jacksonville or threw for at least 180 yards. Allen and Lynch won their games, though. Allen ran for 99 yards, and Lynch took advantage from a stout defense that forced three turnovers, including one interception for a score.

”He can run. He can move. He’s got a quick release. He can throw the ball. He can hit all the different spots. He’s got a hell of a lot of talent around him, and he’s very talented player. He’s tough as hell. You see that on film.”

SOFT ON THE RUN

The Bengals’ defense has struggled stopping the run, despite several offseason signings designed to address that weakness.

Cincinnati is second-to-last in the league in rushing yards allowed, having allowed an average of 181.6 yards per game on a league-high 110 attempts.

They gave up a total of 175 yards to the Eagles last week, including 65 yards and the tying touchdown to quarterback Carson Wentz in the final minute of the fourth quarter.

Jacksonville is going with its third place-kicker in as many games. Josh Lambo (hip) landed on injured reserve after Week 2, and undrafted rookie Brandon Wright strained a hamstring during his NFL debut against Miami and was waived/injured.

Now it’s Stephen Hauschka’s turn – and he’s already hurt. The journeyman worked out for and signed with the Jags on Monday, but Hauschka missed practice Wednesday after experiencing soreness in his right knee. He’s expected to recover and be fine for the game.