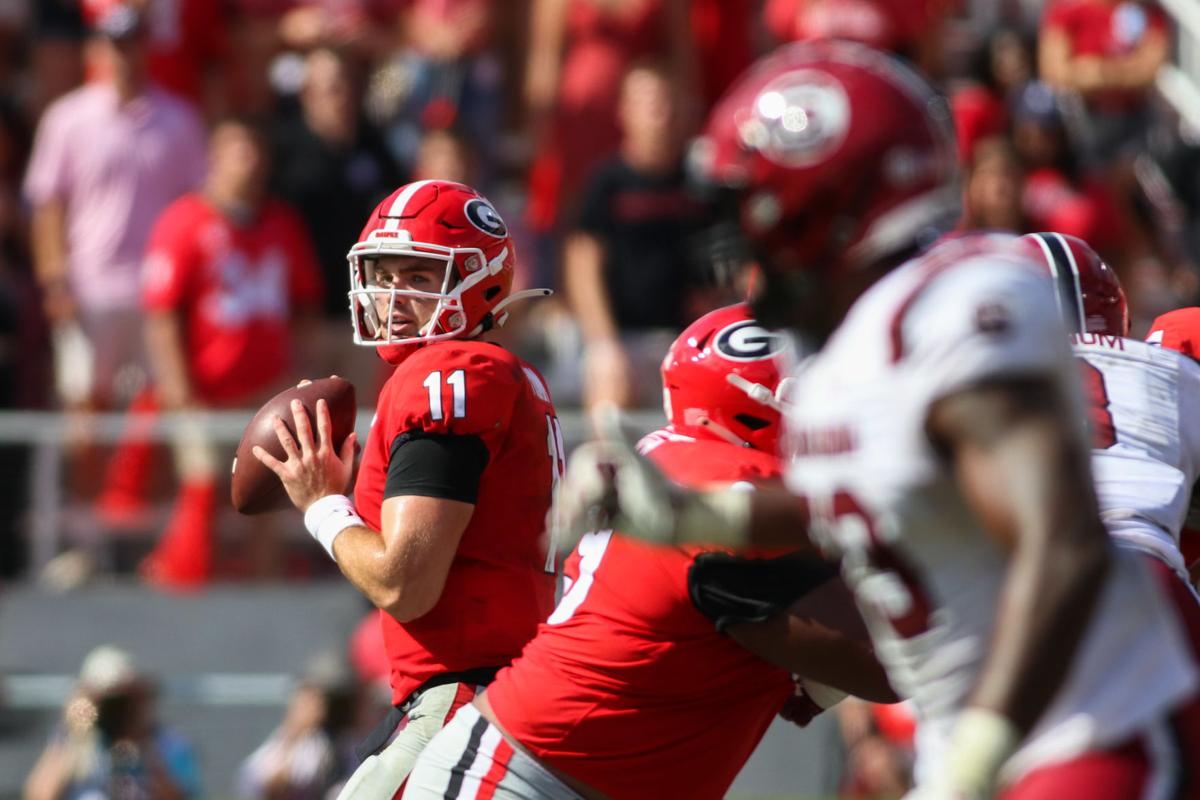 The proof comes when No. 10 Georgia plays Kentucky on Saturday night.

Mays and the Bulldogs’ other lineman will have an opportunity to show they indeed can play like the unit that is the biggest in school history and is billed as the best.

The line was outplayed when the Bulldogs lost to South Carolina 20-17 in two overtimes last week. A Georgia offense which had become accustomed to wearing down opponents was unable to win the line of scrimmage against the Gamecocks.

After the game, coach Kirby Smart challenge the unit to prove it deserves the praise it has received.

Mays, a sophomore co-starter at right guard, says the message was received as Georgia dropped from No. 3 in the AP Top 25.

”Absolutely, it definitely woke us up,” Mays said. ”Let us know we have to go out and perform better.”

There were other issues for Georgia (5-1, 2-1 Southeastern Conference) in the loss. Quarterback Jake Fromm threw his first three interceptions of the season and lost a fumbled snap. Receivers couldn’t break away from defensive backs, making Fromm’s job more difficult.

Even placekicker Rodrigo Blankenship, who had been perfect through five games, missed two of three field goals.

The average size of Georgia’s five projected starting lineman is 6-5, 328.6 pounds. The unit allowed only one sack through five games before allowing three to South Carolina.

”We are learning from our mistakes; we obviously did not execute the way we needed to,” Mays said. ”This Saturday we are going to do that.”

While Georgia has had its first cause for self-doubt, Kentucky (3-3, 1-3) is coming to Athens with renewed confidence. Lynn Bowden, already dangerous as a wide receiver, made his first start at quarterback and ran for 196 yards and two touchdowns while passing for 78 yards and a touchdown in a 24-20 win over Arkansas.

Kentucky coach Mark Stoops said he was ”really pleased” and ”somewhat surprised in some ways” in Bowden’s poise.

”Really exceptional under the situation that he was under,” Stoops said.

Bowden’s dual-threat skills as a runner and passer are a challenge to defend.

”He’s extremely athletic,” Smart said. ”… And you think when he’s back there he’s not going to throw it, but it becomes harder to defend him because you let the pass creep out of your mind and then he hits two or three big passes.”

Here are some other things to know about the Kentucky-Georgia matchup:

Smith is expected to be available if needed. Offensive coordinator Eddie Gran said Smith looked good in practice and that ”we’re good to go” with both quarterbacks available. It would not be a surprise if Bowden makes another start. Bowden, the Wildcats’ top receiver and returner, made his first start at quarterback since high school and was named SEC offensive player of the week.

Georgia leads the series 58-12-2. Kentucky has lost nine straight in the rivalry since its last win in 2009 in Athens. Stoops is 0-6 against Georgia.

Georgia LG Justin Shaffer will be held out with a neck injury. Two other guards, Solomon Kindley (ankle) and Ben Cleveland (undisclosed), may be limited. WR Lawrence Cager, who has shoulder and rib injuries, could miss the game.

Georgia’s play-calling will be in the spotlight after RB D’Andre Smith said coaches need to find more creative ways to get playmakers the ball in space. Swift ran for 113 yards but his longest run was only 14 yards. The Bulldogs still lead the SEC in rushing.

*AP Sports Writer Gary B. Graves in Lexington, Kentucky contributed to this report.