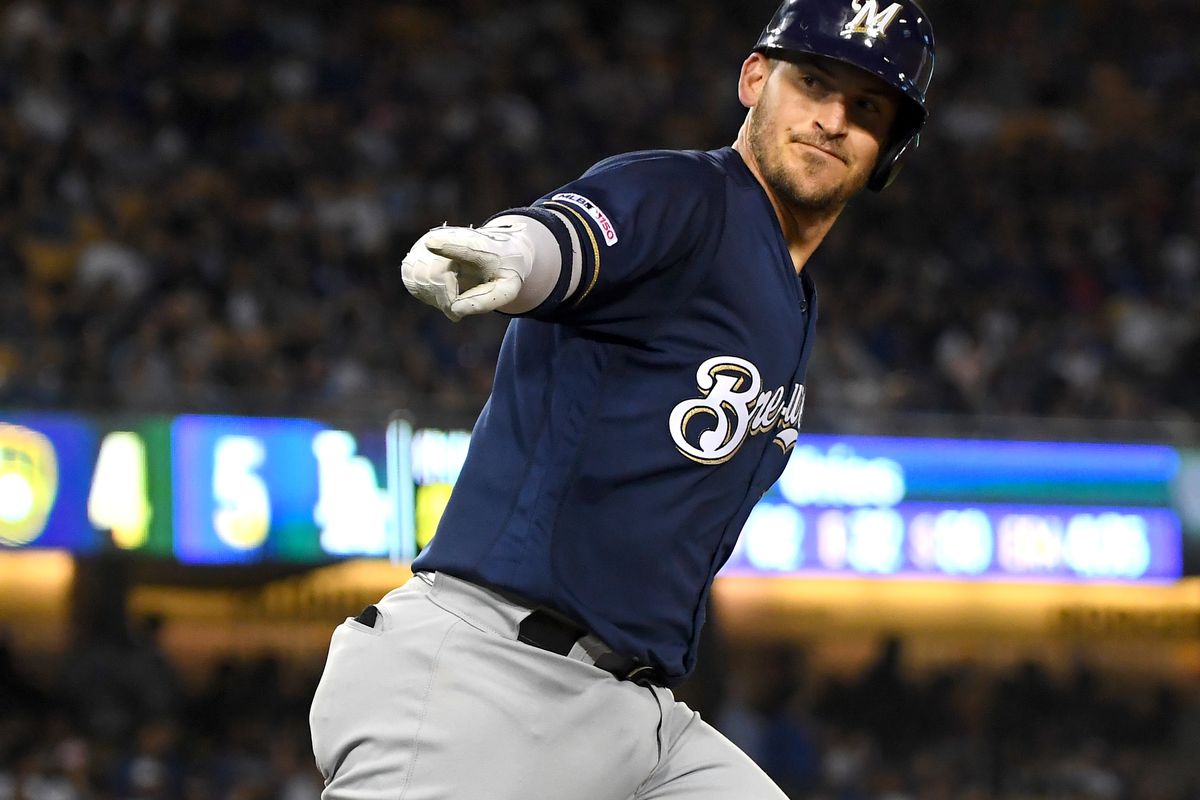 The Dodgers could use a vintage Bauer performance when he starts the first game of a four-game series on Thursday night against the host Milwaukee Brewers.

“He’s been the ace,” Dodgers manager Dave Roberts said of Kershaw. “He knew how much we needed this game, so for him to go deep in this game, put up zeros, throw a shutout, was big for our club.”

Bauer (3-0, 2.53 ERA), who previously filled the ace role for both the Cleveland Indians and the Reds, will start Thursday against Brewers left-hander Eric Lauer, who will be called up to make his season debut.

It will be the first meeting between the teams since last year’s National League wild-card series, won by the Dodgers in a two-game sweep.

The Dodgers also beat the Brewers in seven games in the 2018 NL Championship Series.

Bauer has pitched at least six innings and struck out seven or more batters in each of his first five starts with the Dodgers. He has nine strikeouts or more in four of those starts.

The 30-year-old right-hander struck out nine without issuing a walk in his most recent outing, a 5-4 home win against the San Diego Padres on Saturday.

Bauer hasn’t put up the kind of gaudy numbers he did a year ago when he led the National League with a 1.73 ERA with two shutouts and two complete games — at least not yet. He has allowed six home runs, but he still has an excellent strikeout-to-walk ratio (7.50).

“I made it easier on myself to have good starts,” Bauer told reporters on Tuesday.

The Brewers will look for a strong start from Lauer after dropping two out of three against the visiting Miami Marlins, losing 6-2 on Wednesday after their pitchers issued 10 walks.

Milwaukee’s starting pitcher, Zack Godley, experienced a wild and frustrating afternoon while making his Brewers debut. He lasted only three-plus innings, and he was charged with four runs (three earned) on one hit and five walks with five strikeouts.

Godley was also called for obstruction on a tapper down the first base line that he fielded before underhanding the ball to first baseman Daniel Vogelbach to apparently retire the batter, Miami’s Isan Diaz. However, first base umpire Marty Foster ruled that Godley impeded Diaz.

“It was a terrible call,” Brewers manager Craig Counsell said postgame. “I have no idea what Marty was trying to make up there (or) what he saw. It’s even worse looking at the replay than I thought he might have seen. Bad call.”

Making matters worse for Godley, he was placed on the injured list following the game due to a bruised right index finger. Lauer will come up from the team’s alternate training site to take Godley’s roster spot, and he’ll be slotted into the rotation immediately.

Lauer, 25, went 0-2 with a 13.09 ERA in four games (two starts) for Milwaukee last year. The former Padres pitcher does sport a superb career record against the Dodgers: 5-0 with a 2.11 ERA in seven starts.