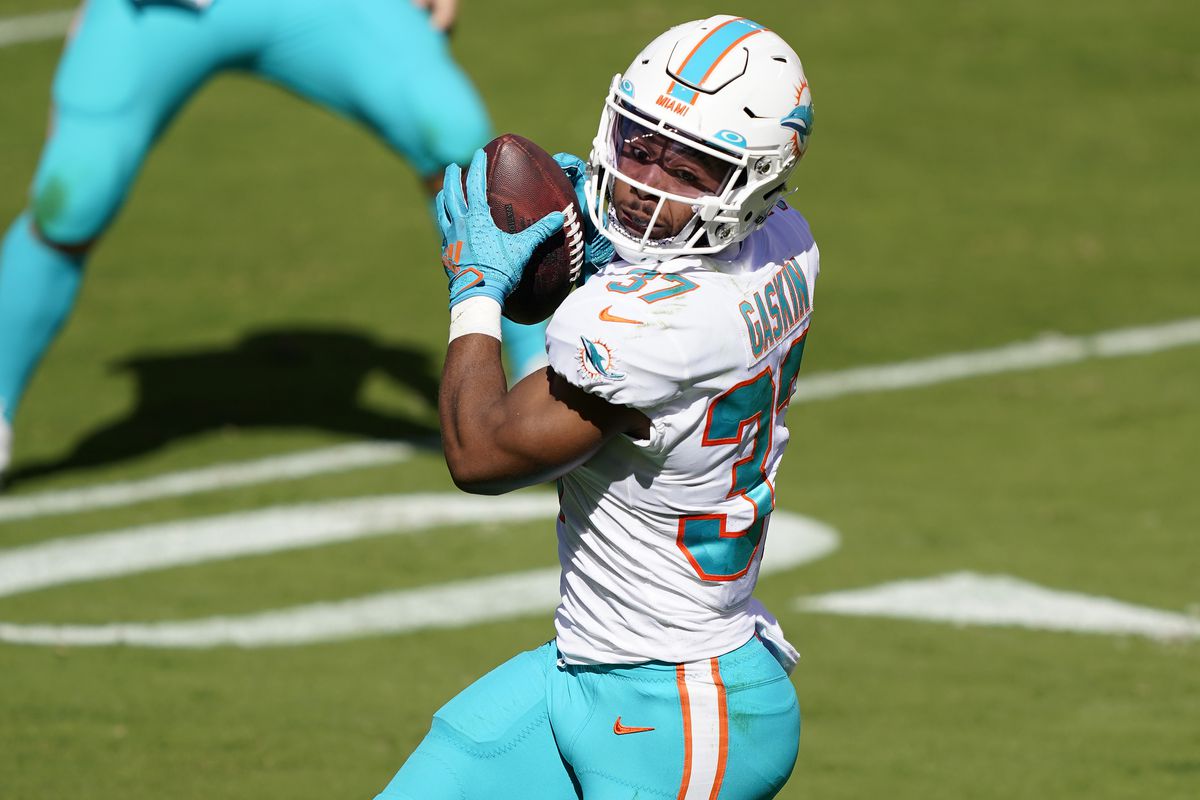 Whether it happens Sunday against the AFC East-rival Miami Dolphins remains to be seen. But the veteran offensive lineman is tired of seeing that awful zero in New York’s record. And, so are his teammates.

”When we win, it will be a relief, for sure,” the Jets’ starting right guard said. ”You never expect to lose this many in a row in this league. When we finally win, we want to get another and another.”

Well, the Jets (0-10) need to start with one first. And based on the teams’ last matchup earlier this season, it won’t be easy against the Dolphins (6-4). New York was shut out 24-0 on Oct. 18, one of a few embarrassingly poor performances by Adam Gase’s group.

But the Jets have played much better of late, nearly defeating New England in Week 9 and having a shot late in the game last week against the Chargers. Almost doesn’t count, of course. And New York still hasn’t gotten a win in the worst start to a season in franchise history.

Some fans have turned their focus to the No. 1 pick in the NFL draft and finishing 0-16 to join the 2008 Detroit Lions and 2017 Cleveland Browns as the only teams to accomplish that dubious feat. Jets players would rather not be associated with those two winless squads.

”Why would you want to be in that group?” Van Roten said. ”You saw Frank (Gore) at the end of the last game saying it’s not the way he wants to go out. The hunger is there, especially if you’re older. I don’t want to be a part of one season that is historically bad. We have six games left and we will try to win as many as we can.”

The Dolphins, meanwhile, are looking to get back on track after falling 20-13 at Denver last week, having a five-game winning streak ended. Despite the setback, the vibe hasn’t changed much around the team during this mostly surprisingly solid season.

”No, you’ve got to just flush it and come to prepare each and every week,” safety Bobby McCain said. ”It’s a one-week season. We all believe in that and we all understand that – understanding that every Wednesday, you’ve got to come work and it’s your next opponent.”

Sam Darnold is expected to return as New York’s starting quarterback after missing two games with an injured right shoulder.

That will be one big difference from the teams’ previous meeting, when Joe Flacco started. This game will also mark the first time this season Darnold would take the field with all three of his starting wide receivers: Jamison Crowder, Breshad Perriman and Denzel Mims.

”There haven’t been too many times where we’ve been completely healthy like this where everybody was practicing together,” Gase said. ”Every week that we can go out and have a practice, every time we get a chance to play a game and all these guys are playing together, I think that’s critical for us.”

Dolphins quarterback Tua Tagovailoa’s sore left thumb was feeling better and coach Brian Flores was optimistic the rookie might play Sunday at MetLife Stadium. But Tagovailoa was officially listed Friday as questionable for the game.

Tagovailoa injured the thumb on his throwing hand in practice during the week. He was sacked six times last Sunday before being benched in favor of Ryan Fitzpatrick, who started against the Jets the last time the teams met. Tagovailoa came in late during that game and has been Miami’s starter since.

”For me, there’s no looking behind me or to the left or to the right,” Tagovailoa said. ”It’s what I can do to help our guys be successful and we have another week, another opportunity to do that.”

The Dolphins, who have struggled to run the ball, are dealing with health issues in the offensive line.

Jesse Davis, who has started the past 52 games, went on the reserve-COVID-19 list Monday but was activated Thursday. Rookie right guard Solomon Kindley will miss a game for the first time this year because of a foot injury, and Davis will likely take his spot.

Only two players in the offensive line, center Ted Karras and left guard Ereck Flowers, have started every game at the same position. Davis has started this year at left tackle, right tackle and right guard.

Miami’s Xavien Howard and Byron Jones rank with the NFL’s best cornerback tandems. But while Howard is tied for the league lead with six interceptions, including one last week, Jones hasn’t had a pick in his past 48 games.

”It’s cool to look over to his side and see him get so many damn interceptions,” Jones said. ”It’s really amazing how he’s so attracted to the ball, and he really makes every play that comes to his side. You can’t see my facial expression in the helmet but I’m like, `This freaking guy again?’ He has enough for everyone in the secondary.”

The Dolphins are tied for third in the league with 17 takeaways.

”It doesn’t matter who gets the picks, as long as we get them,” McCain said.