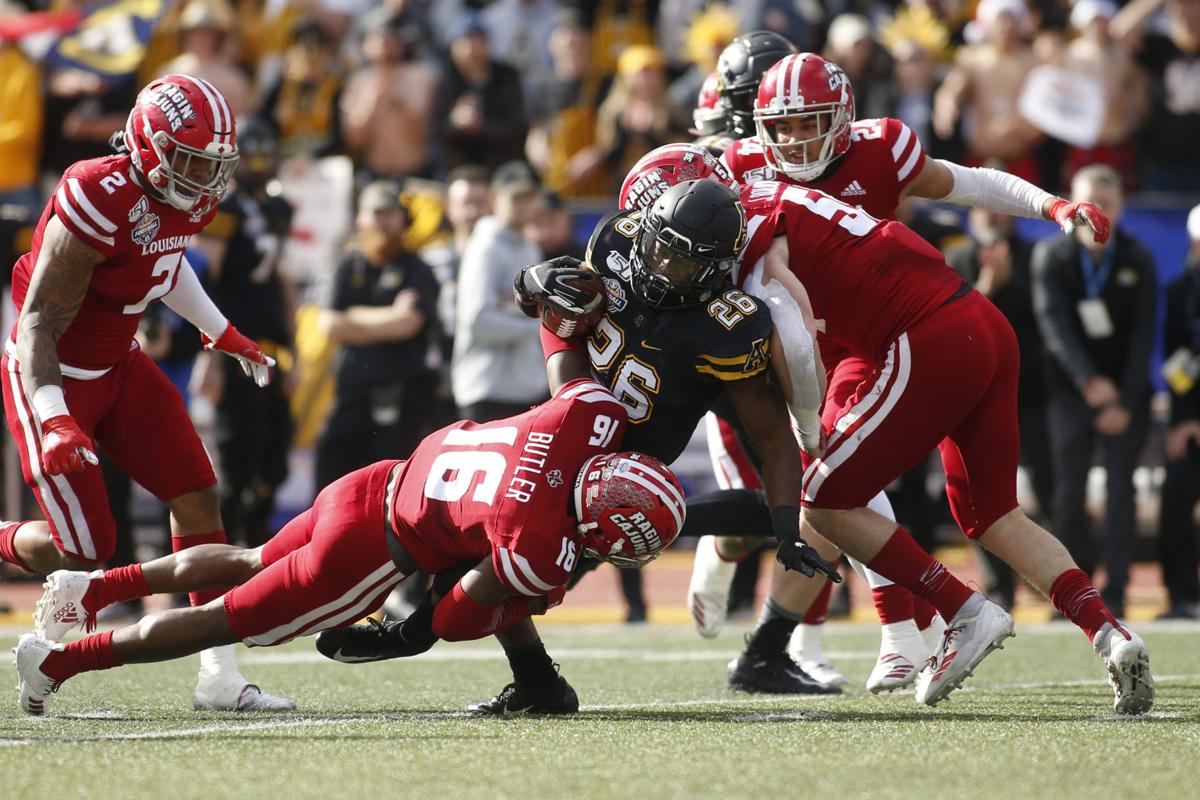 The Louisiana Ragin’ Cajuns earned a return trip to Mobile, Ala., this season for finishing as runner-up in the Sun Belt Conference.

There, Louisiana (10-3 overall, 7-1 in conference) takes on Mid-American Conference champion Miami of Ohio on Monday in the LendingTree Bowl.

The Ragin’ Cajuns are on a two-bowl-game losing streak but are in a bowl game for the second straight season. (They lost in the Cure Bowl last year and in the New Orleans Bowl following the 2016 season.) They defeated South Alabama at Ladd-Peebles Stadium in Mobile in a conference game in November and return there for the bowl game.

The Ragin’ Cajuns have a balanced offense that rushed for an average of 265 yards per game and passed for another 236.

Junior Elijah Mitchell leads the team in rushing yards with 1,092 and rushing touchdowns with 15. He had five 100-yard games this season.

Louisiana hopes to avoid losing its final two games of the season and atone for the Cure Bowl loss to Tulane last year.

“That’s something I want to accomplish, and I want this team to accomplish,” senior linebacker and leading tackler Jacques Boudreaux told the Acadiana Advocate. “I want those young guys to feel that sense of this winning tradition, to finish and understand what that feels like and to propel them further in their careers.”

The RedHawks of Miami (8-5, 6-2) finished as MAC champions after a 1-3 start to the season, two of those losses to Big Ten teams Iowa and Ohio State. But they won six of seven to finish the season, including the conference title game over Central Michigan on Dec. 7.

A come-from-behind win over Buffalo on Sept. 28 was a key turning point in the season for Miami. The RedHawks trailed 14-3 before scoring 31 unanswered points in a 34-20 win.

“That week of practice after the OSU loss, it just kind of turned for everyone. We realized this was not who we are,” defensive lineman Doug Costin told the school newspaper, the Miami Student. “I feel like, that week, we definitely kind of came together and told ourselves, ‘This is never going to happen again no matter who the opponent is.'”

Costin is among those RedHawks playing their final collegiate game in the LendingTree Bowl.

“Obviously, we’re very excited that we get to play a bowl game,” Costin said. “Last year, we sat out. We were 6-6. A lot of us have this sour taste in our mouth. We saw the opponent, and honestly, it’s the same as any week for us.”