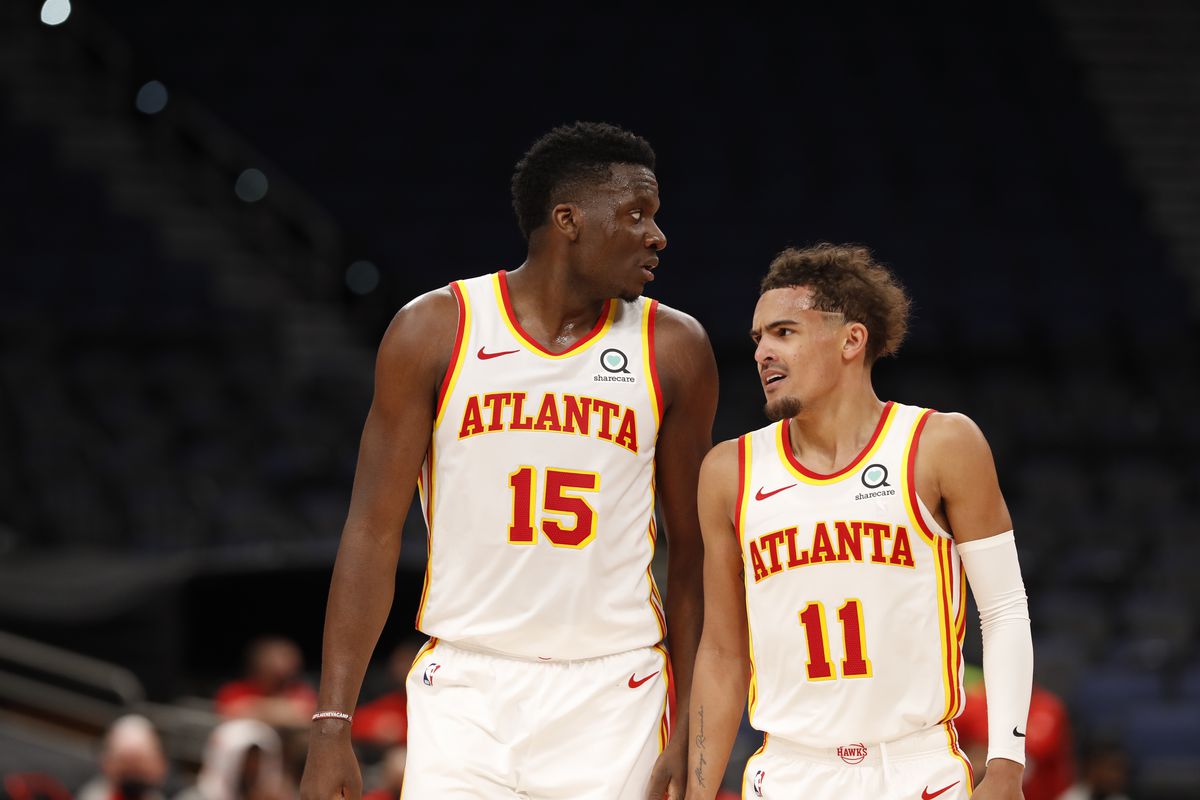 Milwaukee, playing on the road for the ninth time in the past 10 games, is on the second leg of a back-to-back. The Bucks were dominant in their 130-105 rout of the Minnesota Timberwolves on Wednesday, allowing coach Mike Budenholzer to go deep into the bench early.

The Bucks sit in third place in the East entering play Thursday, and the Hawks are in fourth.

“Guys are working hard, they’re putting a lot of time in individually, collectively, and we’re on a back-to-back,” Budenholzer said in his postgame press conference. To have the early tip, save a few minutes for our guys, play again tomorrow, it’s been a good few days.”

Middleton logged game highs of 27 points and seven assists, along with eight rebounds, carrying the load with a knee injury sidelining two-time reigning Most Valuable Player Giannis Antetokounmpo for a sixth consecutive game.

Middleton missed the April 9 loss to Charlotte, the last in a three-game skid the Bucks endured with Antetokounmpo out. But in the two outings since, both Milwaukee wins, Middleton scored more than his 20.4-point-per-game average.

“He’s just such a great player, has a great feel,” Budenholzer said of Middleton.

Budenholzer said before Sunday’s 124-87 rout of Orlando that Antetokounmpo was “making progress,” but there was no timetable for his return.

Antetokounmpo went for 27 points, 14 rebounds and eight assists when Milwaukee and Atlanta last met, a 129-115 Bucks win on Jan. 24. The Hawks were without their leading scorer, Trae Young, that day.

Young is questionable again, sitting out the past two games since scoring 42 points against Chicago on April 9. In their two contests with Young out due to a calf injury, however, the Hawks extended their current winning streak to three games and — and seven of the past eight — with road victories against the Charlotte Hornets and Toronto Raptors.

Bogdan Bogdanovic, who also missed the first matchup with Milwaukee, scored 23 points against the Raptors on Tuesday. Clint Capela grabbed 21 rebounds to go with 19 points.

Capela, acquired from Houston in a trade last year, has been integral in Atlanta’s defensive turnaround from a season ago. The 2019-20 Hawks finished last in the NBA at 119.7 points per game allowed but head into Thursday’s matchup ranked No. 11 at 111.2.

That swagger has Atlanta in position for its first playoff appearance since 2017, when Budenholzer coached the Hawks. The 2021 squad aims for a strong final push, relying on a variety of contributors.

Bogdanovic has at least 21 points in seven of nine games since March 30. The Hawks will need a continued scoring punch from the forward with a long list of potential absences among his teammates.

In addition to Young’s questionable status, John Collins (ankle) and De’Andre Hunter (knee), who scored 30 and 33 points, respectively, in the previous meeting with Milwaukee, are out. Cam Reddish (Achilles) and Tony Snell (ankle) also are out, and Danilo Gallinari (foot) is questionable.