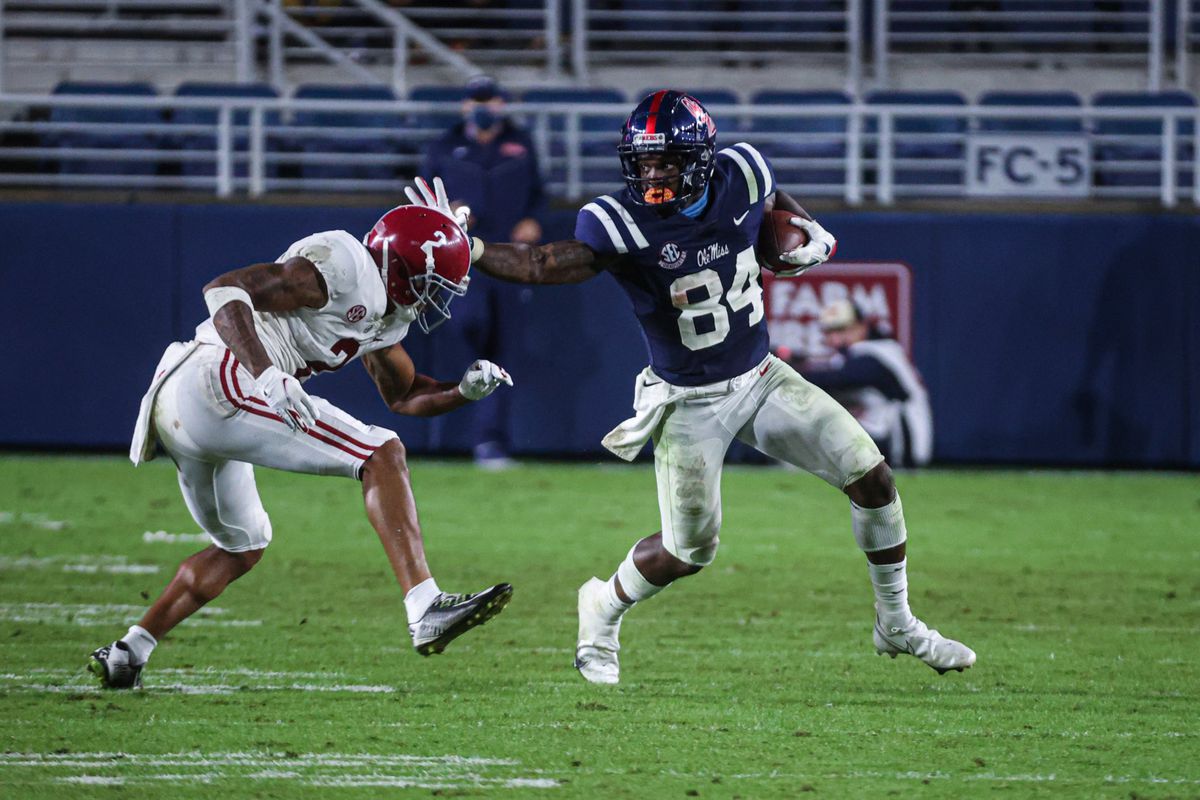 Mississippi at Arkansas
When: 3:30 PM ET, Saturday, October 17, 2020
Where: Donald W. Reynolds Razorback Stadium, Fayetteville, Arkansas
By Field Level Media
First-year Arkansas coach Sam Pittman is putting the end of his team’s loss last week at Auburn behind him — or at least trying to — as he prepares the Razorbacks for Saturday’s matchup with Southeastern Conference West foe Ole Miss in Fayetteville, Ark.

The controversial ruling that allowed the Tigers to get off a late field goal for their 30-28 victory over the Hogs immediately became one of the hot topics of last weekend, with the consensus seeming to be that officials denied the Hogs (1-2, 1-2 SEC) what would have been their second victory.

Pittman said he talked to John McDaid, SEC coordinator of football officials, and is “at peace” with the issue.

“I don’t really know what to say,” he said at his weekly press conference. “I don’t want to go into it, but I heard from the head of officials and I understand what happened now. So now we’ll move forward on it.

“But I’m disappointed in the outcome, I will tell you that.”

Pittman has concerns now in bracing for one of college football’s top offenses. The Rebels (1-2, 1-2 SEC) are coming off a loss to No. 2 Alabama in which they put up six touchdowns and 647 yards of total offense in their 63-48 setback.

For the season, the Rebels, who also had 613 yards in a 51-35 loss to Florida in their opener, lead the SEC in total offense per game (573 yards), first downs (86), and passing yards per completion (16.31), and have lost only one turnover on an interception, a conference low.

That puts pressure not only on Arkansas’ defense but its offense as well.

“We better score,” Pittman said. “Our offense better come to play because their offense is unbelievably good.”

The Hogs are coming off a season-high 437 yards in the loss at Auburn with Florida transfer Feleipe Franks completing 22 of 30 passes for a career-high 318 yards. He is 61 of 94 for 730 yards with seven touchdowns against only two interceptions for the season.

The Hogs offense will be up against an Ole Miss defense that has given up 155 points and 641.3 yards per game in three outings.

“They probably have not played as well as they want to play,” Pittman said, perhaps understating his assessment of the Rebels’ defense. “They are talented. They have some good pass rushers.

Sam Williams lead the Rebels in sacks with two of the team’s four.