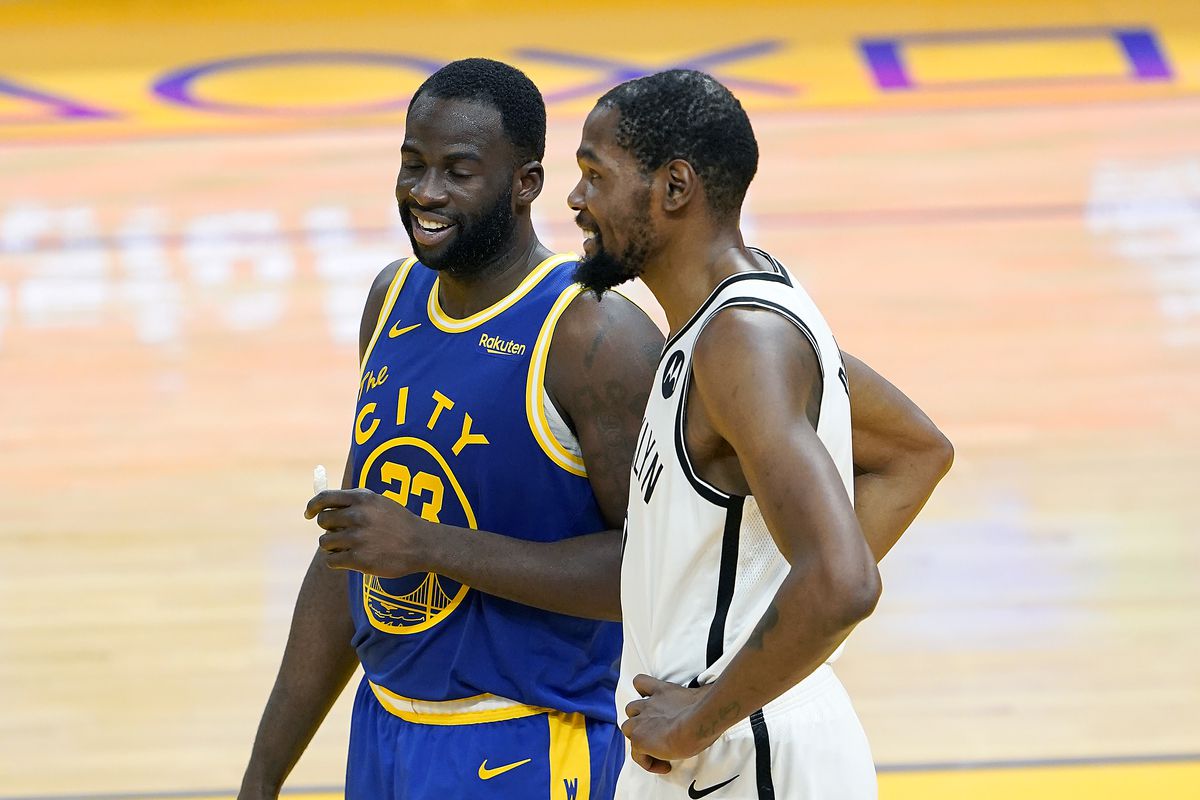 The last time Stephen Curry opposed Kevin Durant in Brooklyn, N.Y., a national television audience was watching the former Golden State Warriors teammates. But the plotlines were much different.

There were no fans in the building and James Harden was in his final weeks as a Houston Rocket.

Harden is present, the national TV audience is accompanied by a capacity crowd as Durant and Friends host Curry and the Warriors in a matchup of the NBA’s top two scorers this season.

The Warriors are off to a slightly better start at 11-2. For context, the Warriors were a combined 9-17 through 13 games of the previous two seasons.

Durant leads the NBA scoring race at 29.6 points per game and shooting a career-best 58.6 percent. He averaged 26.9 points on 53.7 percent shooting in 35 games last season following the Achilles injury he suffered in Game 5 of the NBA Finals against Toronto at the end of his three seasons with Golden State.

Durant scored at least 22 points in every game and racked up seven 30-point games so far this season. He averaged 31.5 points during Brooklyn’s 5-1 road trip that featured three double-digit victories and ended it by scoring 33 points in Sunday’s 120-96 win over the Oklahoma City Thunder.

Durant shot 9-of-17 and the Nets shot 50 percent as Patty Mills added 29 and hit a career-high nine 3-pointers.

“We’re coming together,” Harden said. “It feels like it should and obviously, we have a long way to go and we’re still building on it. Just the confidence in knowing each other a little bit more is helping us a lot.”

Harden has knocked off the early rust following a summer of strictly rehab from two hamstring injuries. He scored 16 points on Sunday and is averaging 20.4 points and 10 assists in his past seven games. That includes a 39-point game Friday in New Orleans.

Curry is second in the NBA scoring race at 28.1 points per game on 44.2 percent shooting and 38.7 percent from 3-point range. He leads the league with 67 3-pointers and has four games with at least seven 3-pointers so far.

Golden State’s two losses are by a combined seven points. The Warriors won seven straight games after a 104-101 loss to the visiting Memphis Grizzlies on Oct. 28 and saw the streak stopped with Sunday’s loss at Charlotte, which also owns a 15-point win over the Nets.

“We just never gained any traction, never made a stand defensively and never got into a rhythm offensively,” Golden State coach Steve Kerr said. “They just outplayed us. We were not on top of our game.”

On Sunday, Curry scored 24 points while Andrew Wiggins totaled 28 in a game that featured 25 lead changes. Curry was 7-of-22 from the floor in a game where the Warriors were held to 14 points in the final quarter.

“We’ve got to be a little bit more thoughtful about how we create shots,” Curry said. “I got roped into it a little bit, trying to go for those daggers a couple times, even though I didn’t really have it.”

Durant scored 42 points total in both meetings with the Warriors last season. He netted 22 in Brooklyn’s 26-point win on Dec. 22 and then scored 20 in a 17-point win at Golden State on Feb. 13 before injuring his hamstring.