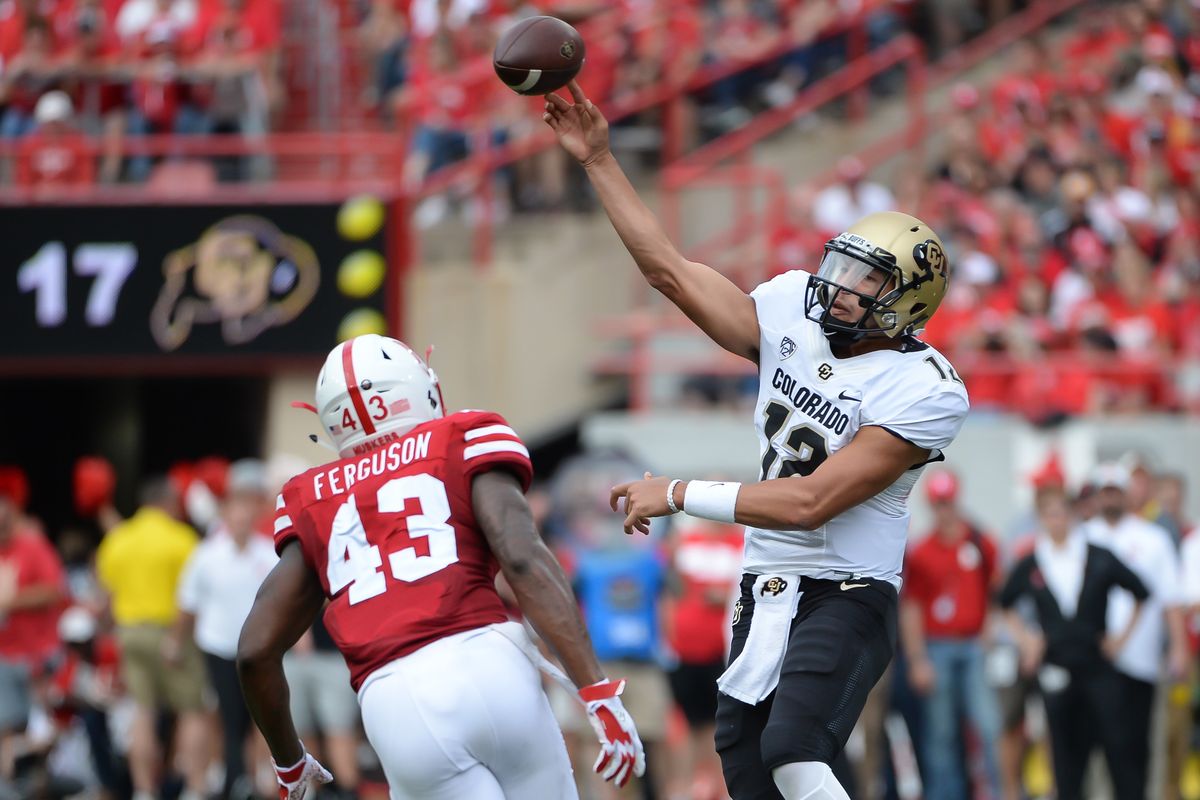 BOULDER, Colo. (AP) Fresh off a two-interception performance, Colorado safety Mikial Onu wandered into the training room over the weekend and expected nothing but a warm reception.

Instead, his Buffaloes teammates were seeing red over his shirt and hat that featured the color of scarlet. The graduate transfer didn’t realize he broke a cardinal rule: No red allowed, whatsoever, during Nebraska week.

”Everyone’s giving me these death stares,” Onu said. ”So all my red shirts and shorts and hats have been put away to storage until further notice.”

The Buffaloes (1-0) certainly won’t be rolling out the red carpet when they host No. 25 Nebraska (1-0) on Saturday. It’s the first meeting between the former Big Seven/Eight/12 Conference adversaries in Boulder since 2009.

The Pac-12 Buffaloes and Big Ten Cornhuskers renewed their rivalry last season, with quarterback Steven Montez helping Colorado rally for a 33-28 win in Lincoln, Nebraska. A trace of bad blood still lingers from an incident in the fourth quarter, when Cornhuskers QB Adrian Martinez appeared to have his knee twisted in a tackle pile. It didn’t sit well with the Cornhuskers at the time or with fans now on social media.

”It’s all business,” Nebraska linebacker JoJo Domann said. ”We are going down there to win a football game.”

Colorado athletic director Rick George said this will be the highest-revenue game in Folsom Field history. He also urged courtesy toward the sea of Nebraska fans sure to show up.

”It’s important that we all remember that this is just a football game,” George said. ”Yes, it is Nebraska, and we know that history and tradition, but it’s important we have civility.”

This is a hot ticket, too, with the secondary markets selling them for nearly $200.

The Cornhuskers are fully aware how explosive Buffaloes receiver Laviska Shenault Jr. can be on the field. Shenault had 10 catches for 177 yards last season at Nebraska, including a 40-yard go-ahead TD with 1:06 remaining. He also scored on a 3-yard run.

”He’s one of the better receivers I’ve coached against,” Frost said. ”We’ve got our hands full with him.”

”I know a couple of guys on their team from high school that I have played against,” said Lee, who had two interceptions last week, including a 38-yard pick for a score in a 35-21 win over South Alabama. ”Not really too close with them right now.”

”Our kids are in good shape,” Frost said. ”We’re not even going to really address it. We’re going to go out and play.”

More than anything, Frost’s focus is on getting his offense turned around. The team beat South Alabama last weekend with three of the scores coming through interception, punt and fumble returns.

”Offensively, (the South Alabama) game is either going to be a harbinger of things to come this season, or we are going to look back on it as the best thing that ever happened to us because it was a learning experience,” Frost said.

First year Buffaloes coach Mel Tucker’s defense surrendered 505 total yards in a 52-31 win over Colorado State. Of course, that didn’t sit well with the defensive-minded coach who arrived from the University of Georgia.