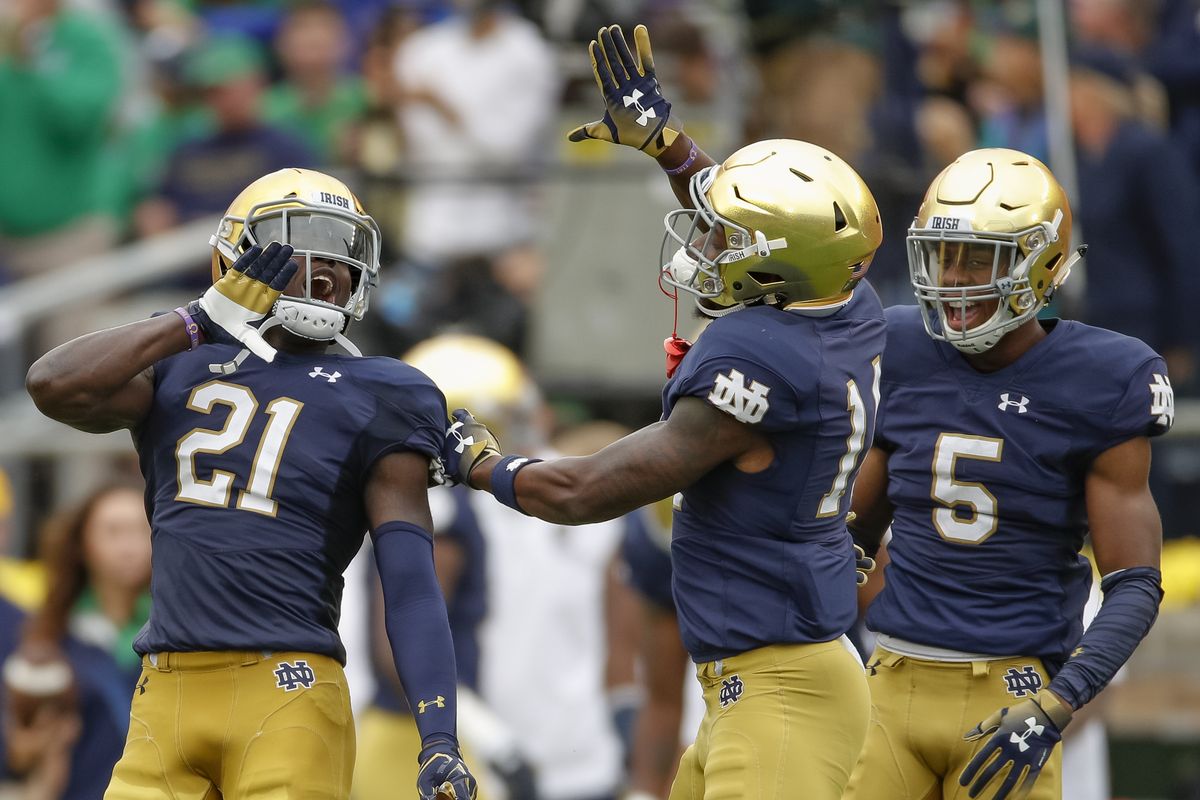 LOUISVILLE, Ky. (AP) A discouraging end to an otherwise great 2018 season made for a long offseason for Notre Dame.

The No. 9 Fighting Irish will try to start another national championship run Monday night against rebuilding Louisville. Last year’s quest ended with a 30-3 blowout loss against eventual champion Clemson in the College Football Playoff semifinal.

”We’ve been waiting since that Cotton Bowl ended,” Notre Dame wide receiver Chris Finke said. ”We’ve been itching to get back on the field. It’s been a long time preparing in the weight room and on the practice field.

”Starting strong is always a good feeling. That’s the goal and that’s the focus.”

The Irish returns senior quarterback Ian Book, (2,628 yards passing, 19 touchdowns) to an offense it hopes can be more explosive this season. Their defense lost All-America cornerback Julian Love and lots of production in the middle of the front seven, but features pass rusher Julian Okwara, a second-team preseason All-American, and stellar safeties Jalen Elliott and Alohi Gilman.

Strong as the Irish appear, coach Brian Kelly said last week the opener will go a long way toward showing what kind of edge they bring into the season.

”I think the mindset of this group kind of comes together after a first game,” he said. ”I’m not sure what that is right now. … That kind of unfolds when the group plays.”

Notre Dame’s sorting-out process poses a huge challenge for Louisville and first-year coach Scott Satterfield as it tries to climb back from a 2-10 collapse.

Satterfield replaces Bobby Petrino, who was fired last November after a 2-8 start. He makes the jump from a successful tenure at Appalachian State, where he went 51-24 in six seasons with the Mountaineers.

Satterfield grasped the magnitude of his new task even before glancing at a schedule that also features Clemson. His immediate focus has been assembling the pieces he hopes will make the Cardinals competitive against college football’s most storied program – and beyond.

”There’s a short period of time between then, and I knew it then, and Notre Dame,” Satterfield recalled about his December introduction as coach. ”It’s not a very long time to get ready for another day and this season and we have one the toughest schedules in the country.

”I know it’s a big deal. We’re anxious to get out and see where we’re at and see kind of where we need to go from here.”

Other things to watch as No. 9 Notre Dame visits Louisville on Labor Day:

Book is coming off a season in which he completed 68.2% of his throws and compiled a 154 passer rating, fifth best in program history. He returns as the third-most accurate passer from 2018, behind Southern Mississippi’s Jack Abraham (73.1%) and Alabama’s Tua Tagovailoa (69%), and with a point to make. ”I still feel like I have a chip on my shoulder, that I have to prove myself every day, and that won’t change,” he said.

After allowing 44.1 points and 483.4 yards per game last season, the Cardinals are switching to a 3-4 scheme implemented by Bryan Brown, their third defensive coordinator in as many seasons. Players acknowledged being energized under Brown, who has shaken things up by moving guys to different positions and experimenting with different looks.

Junior quarterback Jawon Pass will start his second consecutive opener for Louisville after bouncing in and out of the lineup last season. Satterfield and offensive coordinator Dwayne Ledford have simplified the offense for Pass, who completed 54% of his attempts for 1,960 yards, eight TDs and 12 interceptions.