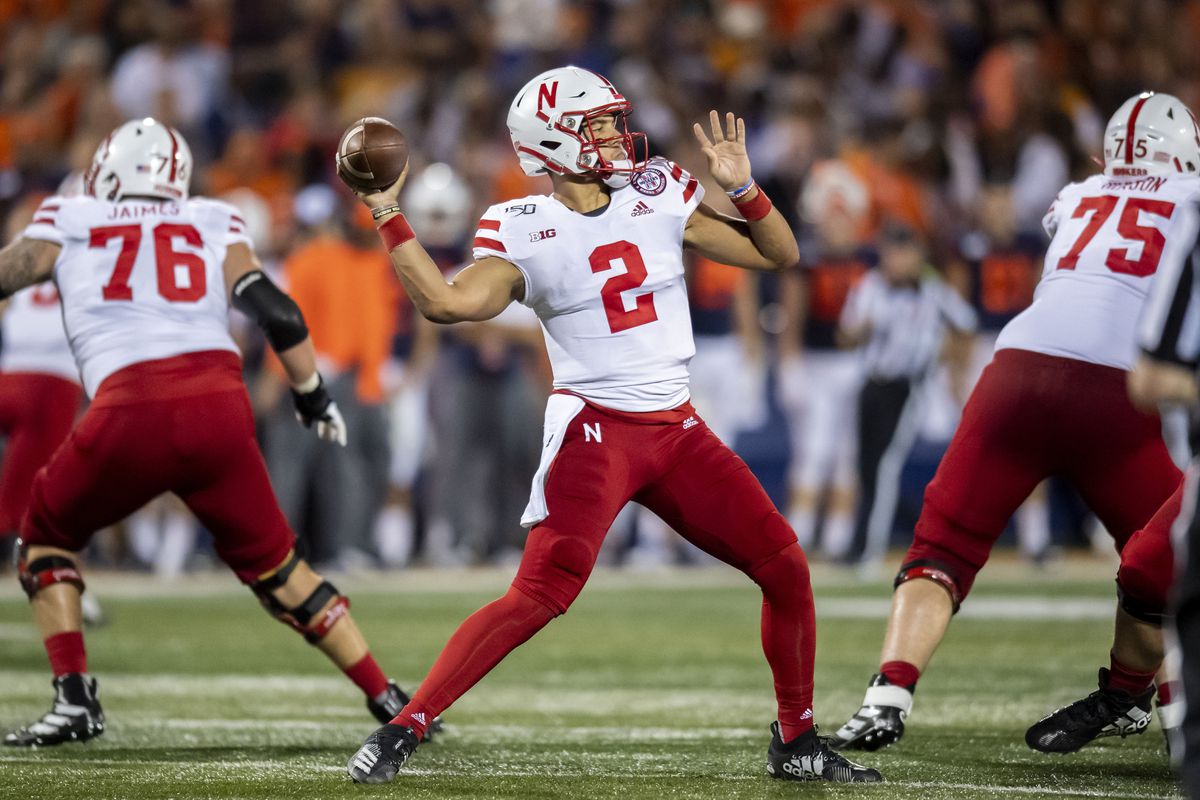 LINCOLN, Neb. (AP) Justin Fields has been sensational in four games. Now it’s time to see what he can do in a hostile environment.

Fields leads fifth-ranked Ohio State into its toughest game to date when it visits 90,000-seat Memorial Stadium to play Nebraska on Saturday night.

The transfer from Georgia has had a hand in 19 touchdowns, and the Buckeyes have outscored their competition 214-36. That includes a 41-point win at Indiana, where thousands of Ohio State fans made their presence felt throughout the stadium.

But a nationally televised night game, in front of a crowd jazzed up by a morning visit from ESPN’s ”College GameDay” and an afternoon of pregaming in campus parking lots and downtown Lincoln, should make for a rowdy atmosphere.

”You can’t make a game bigger than it is,” Fields said. ”If you do that, I guess you’ll end up not playing to your full potential. So just treating this like any other game and doing the same things we’ve been doing the past four weeks… I think the team is just going to play our game, and if we do that it will be enough to win the game.”

The Buckeyes (4-0, 1-0 Big Ten) had their way with the Cornhuskers the last time they played in Lincoln, winning 56-14 against the Mike Riley-coached team that was about to go into a free fall to end the 2017 season.

Scott Frost’s first Nebraska team played Ohio State to within 36-31 in Columbus last year, and the Huskers (3-1, 1-0) believe they have narrowed the gap physically since then. Things also have changed mentally.

”I would just say the confidence that we belong on the same field with them and that we can play them as closely as possible, believing we can win if we play our best football,” linebacker Mohamed Barry said.

Nebraska quarterback Adrian Martinez has been inconsistent through three games but played some of the best ball of his career in bringing his team back from a two-touchdown deficit in the second half to win at Illinois last week. Martinez played a strong game against the Buckeyes last season, and this year the Huskers have a new threat in freshman running back-wide receiver Wan’Dale Robinson.

The Huskers’ defense has improved up front and should put up more resistance to Buckeyes running back J.K. Dobbins, who ran for 163 yards and three touchdowns in last year’s game and 106 yards and a TD the year before. He comes into the game second in Big Ten rushing at 119 yards per game.

”Got a real big challenge ahead of us this week, by far the best team that we’ve played,” first-year Ohio State coach Ryan Day said. ”Not only just talent and coaching but also the environment we’re going to be walking into. Scott has done a great job of building this team up.”

This will be the second game to match programs that have at least 900 all-time wins. Ohio State has 915, Nebraska reached 900 last week. Michigan-Ohio State last year was the first such game.

Day and Frost both have worked for Chip Kelly, regarded as the most innovative offensive coach in the nation when he was at Oregon from 2009-12. Day, who succeeded Urban Meyer at Ohio State, played quarterback at New Hampshire when Kelly was offensive coordinator. Day also was Kelly’s QB coach for two years in the NFL. Frost was Kelly’s receivers coach at Oregon.

”I met Ryan for the first time at a Chip Kelly golf tournament in Maine many years ago,” Frost said. ”He’s done a good job everywhere he’s gone. He’s climbed the coaching ranks and landed in a pretty good spot. There’s no question in my mind that Ohio State is a better team than they were a year ago.”

Fields became the first Big Ten player with a passing and rushing touchdown in each of his first four games since Antwaan Randle El of Indiana in 1999. In last week’s 76-5 win over Miami (Ohio), Fields had four passing TDs and two rushing TDs in the second quarter.

Ohio State has held its first four opponents to fewer than 300 yards of total offense for the first time since 1996. Opponents have scored touchdowns on just 18% of their red zone opportunities (2 of 11). Chase Young is the national co-leader with seven sacks.

GOING FOR A BIG PELT

Nebraska is 0-9 against top-five opponents since beating then-No. 2 Oklahoma 20-10 in Lincoln in 2001. The Huskers have lost eight straight against Top 25 teams.