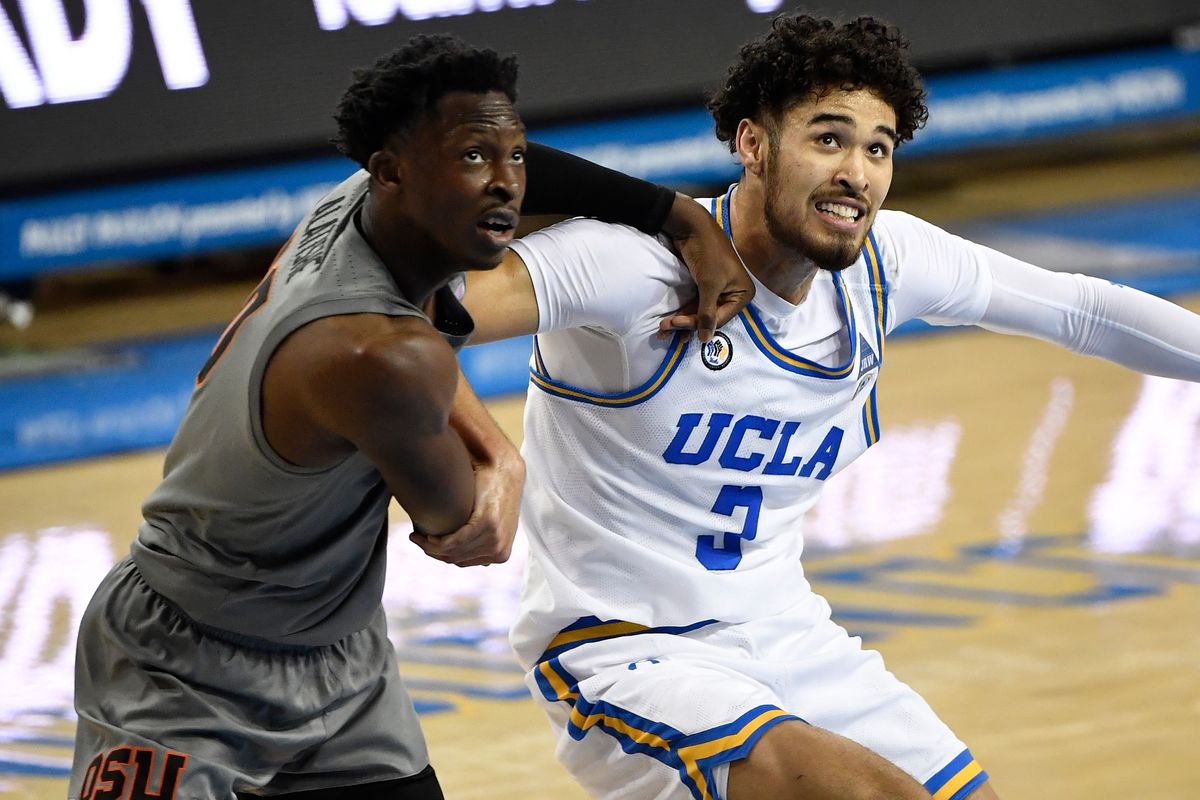 The Bruins (17-8, 13-6 Pac-12) lost their final three games of the regular season, which dropped a team with Pac-12 regular-season championship aspirations to the No. 4 seed in the league tournament.

Last of UCLA’s three losses was a 64-63 defeat to USC on March 6. After leading most of the game, the Bruins surrendered a 3-pointer with 1.4 seconds left — a finish almost identical to how their 2019-20 regular season concluded.

UCLA played its final four weeks without Jalen Hill due to personal issues. The Bruins were also without Cody Riley for a stretch, and lost standout Chris Smith to a season-ending ACL injury in early January.

“It’s hard when you have high expectations and then you have injuries and you lose guys,” UCLA coach Mick Cronin said at his media availability on Tuesday. “It’s tough on the kids. I wanted them to catch a mental break, realize this is a new season.”

Cronin said he does not view Thursday’s quarterfinal as, “we’ve got to win Thursday to secure a bid.” With the Bruins owning a NET ranking of No. 41 at the beginning of the week, a tournament-opening loss would make UCLA’s Selection Sunday more tenuous.

The Beavers closed out the regular season on March 7 with an 80-67 loss to Oregon that snapped their three-game winning streak.

Oregon hit 15-of-23 from 3-point range in the regular-season finale, a deviation from Oregon State’s typically solid defense of the arc. The Beavers have held opponents to a 31.2-percent 3-point average on the season.

“We’ve just got to have a little more urgency, and it’s across the board from our veterans to our young guys,” Oregon State coach Wayne Tinkle said in his postgame press conference. “One thing you should be able to bring is a defensive presence.”

The Beavers held UCLA to 6-of-24 3-point shooting in their Jan. 30 meeting in Los Angeles, but lost 57-52 after committing 15 turnovers to the Bruins’ seven.

UCLA forces an average of 11.8 turnovers per game for the season, but is committing 11 per game.

“A learning experience in the tournament gets you knocked out,” he said.