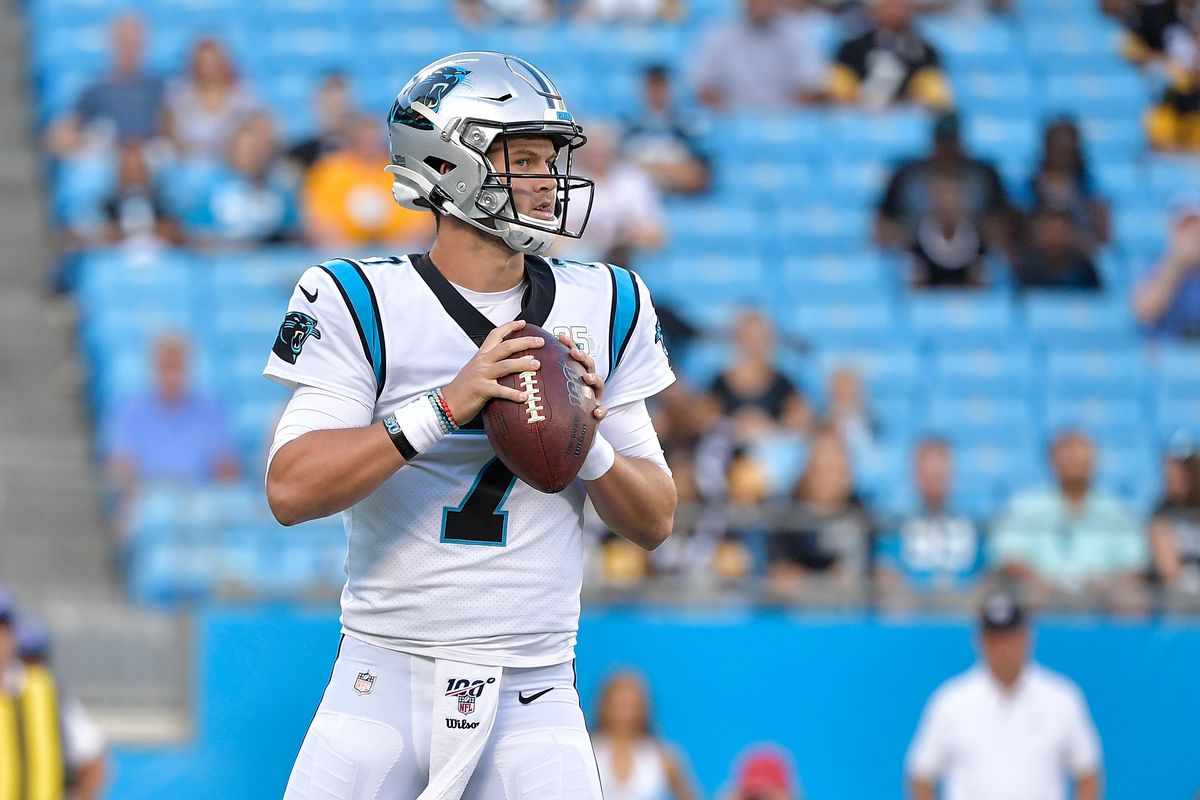 The two have been working out together since high school, and Watson, a first-round draft pick in 2017 after winning a national championship at Clemson, has seen the drive and competitiveness in Allen, who went undrafted in 2018 after an up-and-down college career at Texas A&M and Houston.

”He’s that type of guy that’s going to compete and regardless of the adversity or the different paths he has to take, he’s going to always fight,” Watson said. ”He’s a fighter, he’s a guy that loves football, he loves to compete and that’s what he’s been doing. It’s a different path than mine but we both ended up in the same position, and he’s got a perfect opportunity to start for the Carolina Panthers and do something good for them.”

Allen will make his second straight start in place of injured star Cam Newton on Sunday when the Panthers visit the Texans. Allen, who started one game last season, is 2-0 as a starter after throwing for 261 yards and four touchdowns last week against Arizona, helping the Panthers (1-2) to their first victory of the season.

Newton has lost his last eight starts while Allen has won his last two.

Allen’s recent success could give him a chance to be the long-term replacement for Newton, who has been plagued by injuries in recent years and whose contract expires after the 2020 season.

Allen agreed with Watson’s assessment of his personality and said his unconventional route to starting in the NFL made him tough and hungry.

”It’s ingrained in who I am,” Allen said. ”Until you keep proving yourself, it’s a week-to-week thing. You have to show up every single day because you’re not going to get as many opportunities as everybody else. I think it’s shaped me.”

Though Allen is inexperienced, the Texans were impressed with his work last week and believe he’ll be helped by the talent he’s surrounded with.

”Kyle played with really good poise,” coach Bill O’Brien said. ”He threw the ball accurately, he knows the offense. I thought he played with confidence. I think he’s going to be a handful. He’s challenging. There’s definitely a difference in playing style between him and Cam, but the offense … (has) a lot of weapons … (and) Kyle does a good job of getting those guys the ball.”

Some things to know about the Panthers-Texans game:

Panthers safety Eric Reid can’t wait to play against his younger brother Justin for the first time. Eric said he is proud of Justin, who is five years younger. But while he may have helped ”toughen up” his kid brother, he doesn’t plan on letting him win.

”I know who is going to win,” Eric said with a smile. ”He’s never beaten me at anything, so we ain’t starting now.”

When asked if there is a friendly wager on the game, he smiled and said, ”I don’t want to take his money.”

Sunday will be a big day for the Reid family which expects to have between 40 and 50 people at the game. Eric and Justin’s parents have already prepared for how to root for both sons.

”Everyone is really excited,” Justin said. ”My parents already have the split jerseys done.”

OLSEN ON THE RISE

Panthers 34-year-old tight end Greg Olsen is healthy again and seems to be on a mission.

After missing 16 games over the previous two seasons after breaking his foot twice, Olsen is looking like the dominant receiver he used to be for the Panthers. Over the past two games, Olsen has 12 receptions for 185 yards and two touchdowns.

These teams piled up 13 sacks combined last week. The eight Carolina had against Arizona tied a franchise record and Houston’s five sacks in a win over the Chargers were a season high.

Houston’s big pass-rushing day was led by three-time Defensive Player of the Year J.J. Watt, who had his best game of the season. Watt got his first two sacks and also had two tackles for losses and five quarterback hits. He has a franchise-record 94 sacks since he was drafted in 2011, second most in the NFL in that span. The Texans were also encouraged by their ability to pressure the quarterback up the middle, with defensive tackle D.J. Reader finishing with 1 1/2 sacks last week.

Watson was the AFC Offensive Player of the Week for the second time in his career after throwing for a season-high 351 yards and three touchdowns to help Houston rally for the 27-20 victory over the Chargers. It was his eighth career game with at least 300 yards passing and his seventh with at least three touchdown passes.

”The guy understands the game very well,” Rivera said. ”You watch it the way he plays. You can see that very clearly, here’s a guy that understands how he wants to attack his opponent. He understands what it means for him to do the things that he does.”