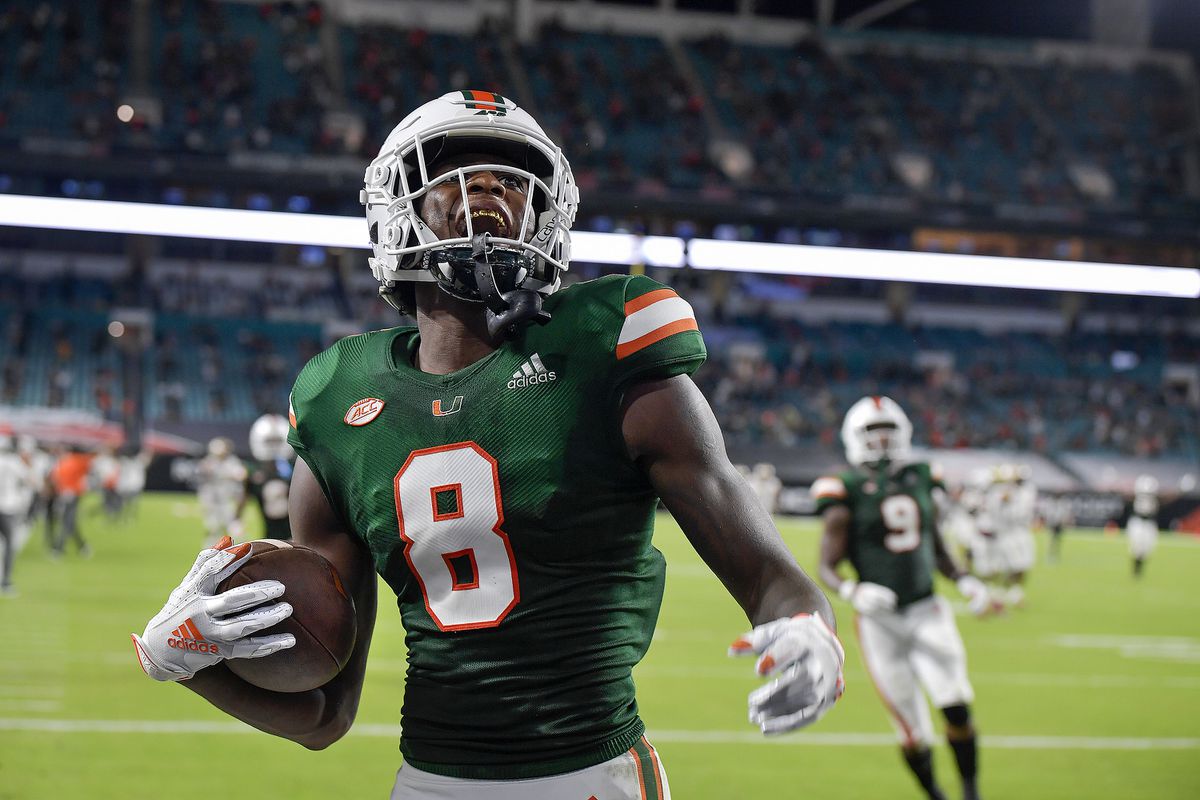 Pittsburgh senior quarterback Kenny Pickett, who has a significant ankle injury, is hoping to play on Saturday when his team visits No. 13 Miami in an intriguing Atlantic Coast Conference matchup.

Pickett goes way back against Miami. His first career start — as a true freshman in 2017– was against Miami, and he led Pitt to victory against a Hurricanes team that was 10-0 and ranked No. 2 in the nation at the time.

In the last two years, however, Miami has beaten Pickett and Pitt 24-3 and 16-12. Pitt has gone eight straight quarters without a touchdown against Miami.

But will Pickett even suit up Saturday?

“He’s banged up,” Pitt coach Pat Narduzzi said. “We’ll see what happens in practice this week. He’s tough. It will be hard to hold him out.”

“As an offense,” Miami tight end Brevin Jordan said after the Clemson game, “that was our worst football.”

Pitt (3-2, 2-2) is coming off two straight losses — both by one point — and that includes a 31-30 defeat to Boston College on Saturday that became final when Panthers kicker Alex Kessman missed an extra point in overtime.

Kessman made a school-record 58-yard field goal to send the game to OT before shanking his extra point wide right. He also missed on field-goal tries of 55 and 49 yards.

Miami, which is a 10-point favorite against Pitt, may have an advantage at kicker as Jose Borregales is 7-for-7 on field goals — including a school-record 57-yarder — and 17-for-17 on extra points.

When Miami has the ball, the focus will be on senior quarterback D’Eriq King, who is completing 61.5 percent of his passes. He has six TD passes and two interceptions, with both picks coming against top-ranked Clemson.

In fact, Pitt ranks third in the nation with 4.8 sacks per game and fourth with 10.4 tackles for loss.

Pitt’s secondary, however, may be vulnerable after allowing Boston College to throw for 358 yards. The previous week, Pitt allowed North Carolina State to throw for 336 yards.

BC’s Zay Flowers caught six passes for 162 yards and three touchdowns on Saturday, but it does not appear Miami has a receiver capable of that type of explosion.

When Pitt has the ball, Pickett this season has completed 60 percent of his passes and has eight touchdowns and three interceptions. He leads the nation with 1,389 yards.

The Panthers aren’t much of a threat on the ground. Sophomore Vincent Davis leads the team in rushing with just 235 yards and a 3.2 average. Pickett is second on the team with 119 rushing yards (2.6 average). But Pickett does have five rushing TDs — tops on the team — and four of them have come on QB sneaks.

Miami’s defense features its own senior defensive ends in UCLA transfer Jaelan Phillips, a former five-star recruit who has 3.5 tackles for loss and one interception this year; and Temple transfer Quincy Roche, who has 28 career sacks and 15 since the start of last season.

Against Clemson, Bolden earned ACC Defensive Back of the Week honors after he posted 10 tackles and blocked two field-goal tries.

“When we see a weakness somewhere,” Bolden said of the field-goal blocks, “we attack.”