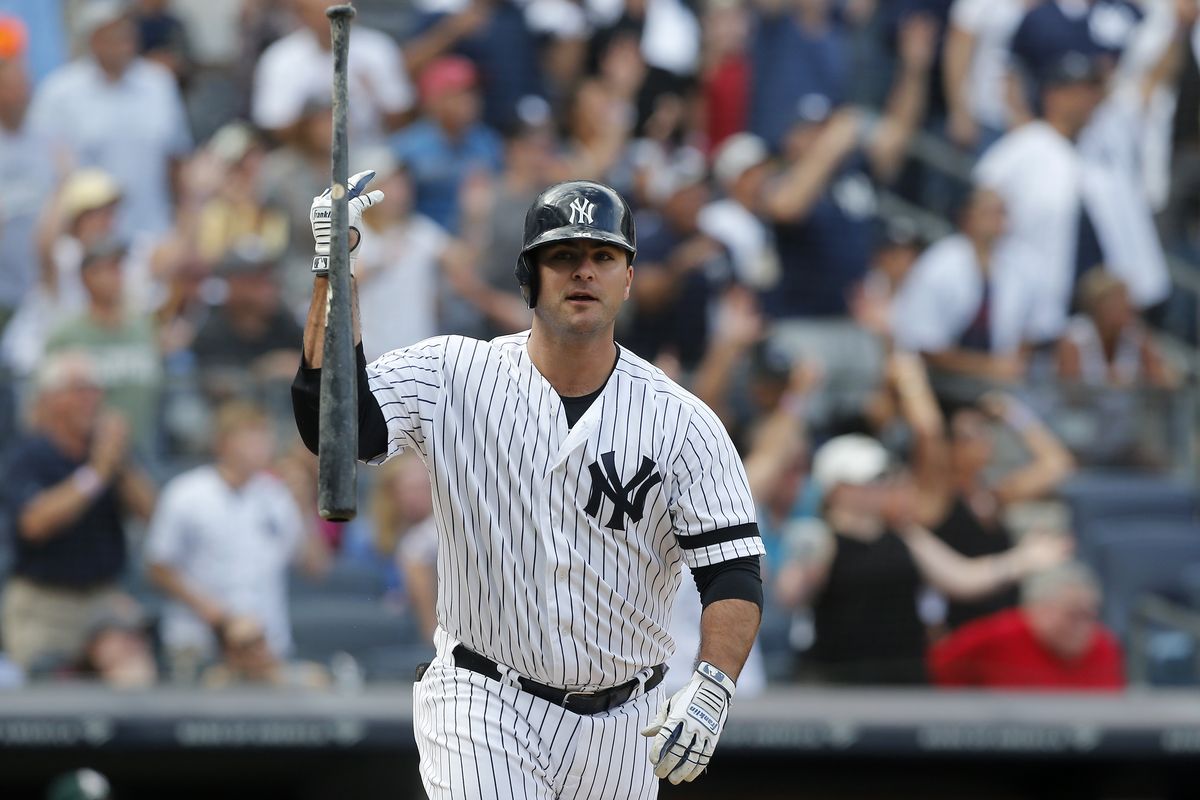 Teams often preach the importance of the phrase “next man up” in spring training. It is a way to get their depth players ready for any opportunities that could arise in the case of injuries.

Perhaps no team is succeeding at carrying out the mantra like the New York Yankees, who will attempt to record their third straight win Monday afternoon when they host the Texas Rangers in the opener of a three-game series.

The Yankees head into their first meeting of the season against Texas coming off two straight walk-off wins over the Oakland Athletics.

After DJ LeMahieu homered on the first pitch to win it in the 11th inning Saturday, Brett Gardner hit a game-tying blast and rookie Mike Ford followed with a pinch-hit homer in the ninth inning when the Yankees stormed back for a 5-4 victory on Sunday.

LeMahieu, Gardner and Ford are playing more than anticipated for the Yankees, who have won seven of nine since getting swept Aug. 20-22 in Oakland.

LeMahieu and Gardner are among the few regulars not to make an appearance on the injured list during a season in which the Yankees have used it for 29 different players for a major-league-record 37 stints.

Ford is receiving playing time due to Luke Voit’s two previous stints on the injured list and Edwin Encarnacion’s current stint with a fractured right wrist.

LeMahieu, who has played everywhere in the infield other than shortstop, leads the AL with a .335 average and tops the majors with 55 multi-hit games.

Gardner has 19 homers while playing in 119 of the 138 games due to injuries to Giancarlo Stanton and Aaron Hicks.

“Our guys have been great at this all year,” Yankees manager Aaron Boone said. “Whoever we have brought up, they’ve controlled situations and the moment really well — maybe beyond their experience.”

The Rangers head to New York after going 1-for-11 with runners in scoring position in an 11-3 loss to the Seattle Mariners on Sunday.

“I didn’t want to be sent down, but it helped me a lot,” Guzman told reporters. “My teammates helped me a lot. The decision they made was the right one. I am in a better place mentally. I’m coming here with no expectations, just do my best.”

New York right-hander Masahiro Tanaka (10-7, 4.47 ERA) will start on five days’ rest and is coming off one of his best outings of the season.

In a 7-0 win at Seattle on Tuesday, he allowed three hits in seven innings and joined Andy Pettitte as the second Yankee pitcher in team history to reach double-digit wins in each of his first six major league seasons.

Tanaka is 1-3 with a 7.15 ERA in six career starts against Texas. In his last start against the Rangers, he allowed two of Guzman’s three homers.

Mike Minor (11-8, 3.25 ERA) starts for Texas and is coming off two rocky outings against the Los Angeles Angels.

The left-hander took the loss on Tuesday when he allowed four runs on four hits in 6 2/3 innings on a night in which he pitched six scoreless innings before faltering.

Minor is 1-1 with a 3.92 ERA in five career appearances (three starts) against the Yankees.