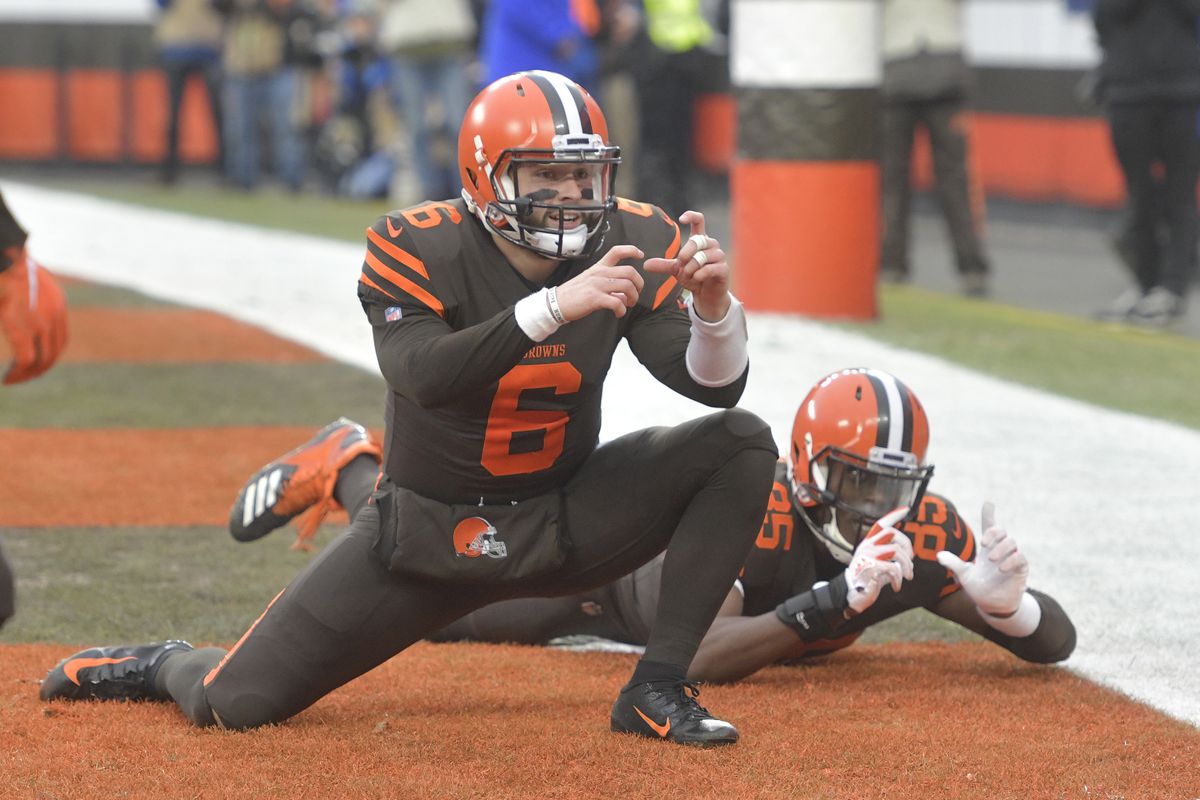 CLEVELAND (AP) Browns coach Kevin Stefanski doesn’t have many warm and fuzzy memories of Cleveland’s opener at Baltimore, other than it being his debut of course.

It was a miserable, forgettable afternoon. A beatdown.

”We didn’t go back and watch that game,” Stefanski said this week.

Stefanski’s decision to fake the season’s first punt backfired badly, and it only got worse as the Browns were throttled 38-6. Lamar Jackson threw three touchdown passes and Baltimore’s defense forced three turnovers.

Three months later, Stefanski has the Browns (9-3) in a much better place as they prepare to play Monday night against the Ravens (7-5), who have endured weeks of COVID-19 cases and postponements and are much healthier – but still not a playoff lock – with the inimitable Jackson back after a one-game absence.

Revenge isn’t the only motivating factor for the Browns in their second swipe at the Ravens. A win would strengthen their grip on their first postseason berth in 18 years and keep them in contention for the AFC North title, which is suddenly back in play after Pittsburgh lost its first game.

Before any of that, it’s the Ravens, who have been impressed by Cleveland’s turnaround since Week 1.

”They came out the next week (a win over Cincinnati) and proved they were a good football team. They’re running the system they’ve installed – all three phases – and they’ve stuck to it and done a good job with it.”

The Browns know that to have any chance of beating the Ravens, who rushed for 294 yards in a Tuesday night win over Dallas, the key is containing Jackson.

The league’s reigning MVP is completely unpredictable with the ball in his hands. It’s like trying to saddle a bucking bronco. Just when it looks as if you’ve got him, he’s gone.

”There is no mystery with Lamar Jackson – an extremely talented player,” Stefanski said. ”He’s hard to get on the ground. Bottom line: He is a great, great player. Outstanding with the ball in his hands, and then he can beat you with his arm or his legs. It is a challenge, and it is a challenge that all 11 guys on defense have to be about their business.”

Cleveland’s star defensive end returned after missing two games with COVID-19, and other than showing some understandable fatigue, spent most of the game in Tennessee’s backfield. He had one sack, hurried quarterback Ryan Tannehill several times, and forced Titans offensive linemen to resort to whatever it took to stop him.

”He is a guy who can wreck a game and can wreck a play,” Harbaugh said. ”You just have to account for him at all times. He is so talented and so physically gifted.”

Jackson’s return got Baltimore’s strong running game roaring. The Ravens averaged 7.9 yards per carry against the Cowboys while getting contributions from Jackson and all three running backs.

Gus Edwards gained 101 yards on just seven carries. Jackson had 94 , including a 37-yard touchdown. Rookie J.K. Dobbins returned from a stint on the reserve/COVID-19 list to run for 71 and a score. Starter Mark Ingram contributed 28 yards.

”Everyone that touched the ball did something great with it,” Dobbins said. ”That’s what we want to see every week, so we’re just going to keep demanding excellence from the group and keep going.”

Not only did the offensive line open holes, but Jackson wasn’t sacked while throwing for a modest 107 yards and two touchdowns.

One of the biggest reasons for Cleveland’s turnaround has been quarterback Baker Mayfield’s steady play of late. He hasn’t thrown an interception since Oct. 25, a span of almost six games. He had one against the Ravens in the opener.

Mayfield has 11 TD passes and zero interceptions since his last pick, which came on the same play receiver Odell Beckham Jr. suffered a season-ending injury.

The Ravens have gotten most of their players back following a stretch of 10 straight days with positive COVID-19 tests.

The Browns, too, have been dealing with numerous COVID-19 cases.

Baltimore linebacker Matthew Judon and tight end Mark Andrews will be back Monday after missing two straight games while on the COVID-19 list.

Cleveland starting right guard Wyatt Teller missed practice this week after having close contact with an infected person. The Browns are hoping he’ll face the Ravens.

Baltimore will be without wide receiver Dez Bryant, who tested positive an hour before kickoff against Dallas. Bryant played in three games before the positive test ruined a reunion with the Cowboys, his team for over eight seasons.

”He’s doing as well as can be expected,” Harbaugh said. ”He’s he’s pretty hurt by it. Not at anybody, but just the circumstances. He’s a little stunned by it, surprised. He’s trying to work his way through it right now.”