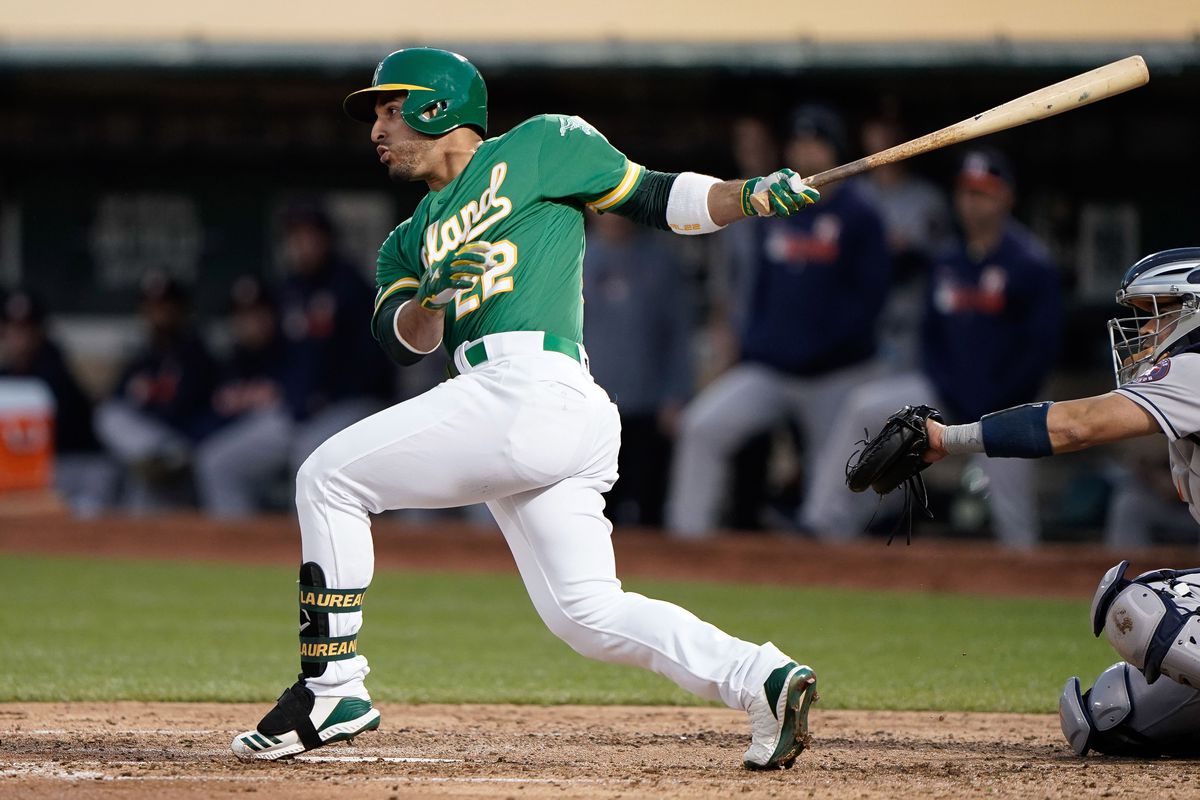 Highly regarded prospect Luis Campusano will be looking to build upon his first-game highlights when the visiting San Diego Padres go for a second straight win over the Oakland Athletics in the middle contest of their interleague series on Saturday afternoon.

Campusano’s major league debut and Oakland’s return from nearly a week off were the stories of the series opener, a game the Padres won 7-0 on Friday behind seven strong innings by Zach Davies.

Called up from the club’s satellite camp earlier in the day, Campusano made the short flight to Oakland and saved enough energy to blast an eighth-inning home run to cap the night’s scoring.

Serving as the team’s designated hitter and batting seventh, Campusano struck out in his first at-bat before his first major league moment — getting nailed by a Jesus Luzardo pitch to give the Padres two on with one out in the fifth inning of a scoreless game.

He came around to score his first big-league run as part of a four-run uprising that gave Davies all the offense he would need.

That didn’t stop Campusano, rated as MLB Pipeline’s No. 52 prospect, from adding a little offense in the eighth inning, blasting a T.J. McFarland pitch the other way to right field for his first homer.

Campusano wasn’t the only new look the Padres (24-16) presented the A’s (22-13) on Friday. Fernando Tatis Jr. moved back to the leadoff spot after an 18-game hiatus, while Trent Grisham was moved from first to ninth in the order.

Both moves paid immediate dividends, with Tatis hitting a homer and driving in three runs and Grisham adding three hits, a run and an RBI.

Padres manager Jayce Tingler admitted before the game that he’d had a talk with Grisham, at the time in a 6-for-37 slump.

“The last time we started to have those discussions,” Tingler noted, “he came out and had a three-home run night.”

Chances are he’ll be slotted ninth again on Saturday, with the A’s scheduled to start another left-hander, Sean Manaea (2-2, 5.64 ERA), who has won each of his last two starts.

Manaea, 28, has started just one game against the Padres in his career and didn’t get a decision, allowing two runs in seven innings.

The Padres are expected to counter with right-hander Chris Paddack (3-3, 4.43), who is coming off a six-inning effort without allowing an earned run in a 13-2 win at Colorado last Sunday.

The 24-year-old has never faced Oakland.

Manager Bob Melvin hopes the A’s attack Paddack with better at-bats than the ones he felt might have been affected by a five-day layoff that resulted from Daniel Mengden’s positive coronavirus test in Houston last weekend.

“You’re probably going to be a little rusty,” he said after Friday’s loss. “It probably takes a while to come back, but guys won’t use that as an excuse. We’ve come back from All-Star breaks and been OK.

“We’ll get the first one out of the way and come back tomorrow and expect to win.”