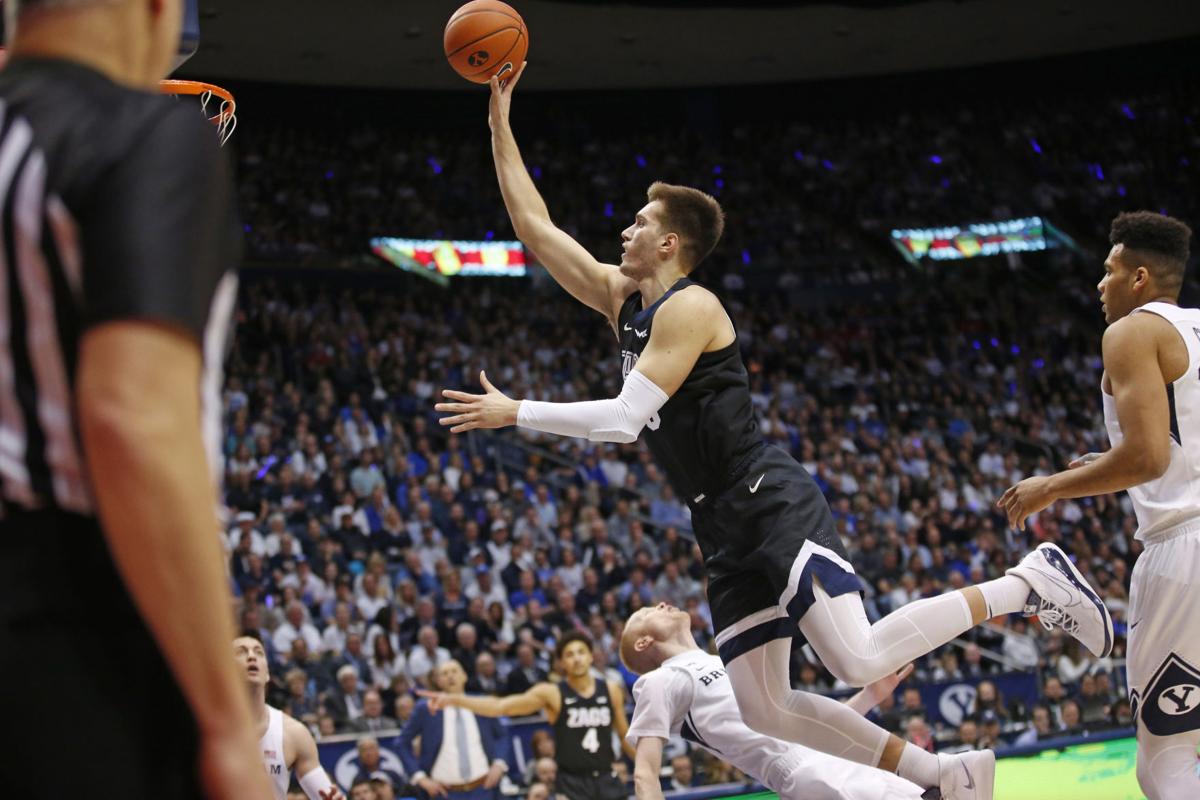 Gonzaga coach Mark Few seems intent on making sure his squad moves on quickly after seeing a 19-game winning streak end with Saturday’s setback against BYU.

“We had a great run, and we had one bad one,” Few told reporters. “So we’ll just move on.”

The third-ranked Bulldogs get the chance to put the rare loss behind them when they host San Diego on Thursday in West Coast Conference play at Spokane, Wash.

Gonzaga (27-2, 13-1 WCC) was certainly outplayed in the 91-78 loss to the host Cougars, and its WCC record of 40 straight regular-season league victories went up in flames.

The Bulldogs didn’t want to suffer a second loss — their first was to Michigan on Nov. 29 — but senior forward Killian Tillie looked at it as a matter of timing.

“I’d rather lose now than in March,” Tillie told reporters. “I’ll take a loss right now, get the team fired up and bounce back. We’ll get ready and practice like we’re the best team in the country, even though it won’t show up in the rankings. We still believe that.”

Gonzaga can clinch the WCC regular-season title and the No. 1 seed in the conference tourney if it knocks off the Toreros.

In addition, Gonzaga has won the past 20 meetings in Spokane, including all 16 since moving into the McCarthey Athletic Center.

Still, the Zags aren’t interested in assumptions that another easy win is on the horizon after falling in Provo.

Sophomore power forward Filip Petrusev wanted no part of excuses, and said the raucous road atmosphere wasn’t the reason for the defeat.

“Just us being soft, not playing the right way,” Petrusev told reporters. “We just didn’t play the way we’ve played this year, simple as that.”

Petrusev is one of six Bulldogs averaging in double digits. He leads the team in scoring (17.4) and rebounding (7.8).

The Bulldogs lead the nation in scoring at 87.6 points per game and now face a squad that allowed more than that in its latest loss.

The Toreros (9-20, 2-12) gave up their third-highest output while falling 92-63 at Saint Mary’s on Saturday. It was their third straight loss and seventh in the last eight games.

San Diego played solidly in the first half before getting outscored 54-29 in the second to lose by more than 20 points for the fourth time this season.

As Saint Mary’s began pulling away, the fight in the Toreros rapidly evaporated.

“We’re missing shots, then have very poor urgency,” San Diego coach Sam Scholl told the San Diego Union-Tribune. “We let missed shots affect us. It just felt like our urgency and our alertness went away because things weren’t falling for us offensively.”

Junior guard Braun Hartfield scored 15 points for the Toreros and has scored in double digits in seven straight games. He leads the club with a 14.6 scoring average.

Hartfield has topped 20 points three times in six February games and is averaging 20.2 during the stretch.

He struggled in the first matchup with Gonzaga, scoring just nine points on 4-for-13 shooting. The Toreros shot just 32.8 percent from the field.

Sophomore guard Joey Calcaterra (11.3) is the only other San Diego player averaging in double digits.