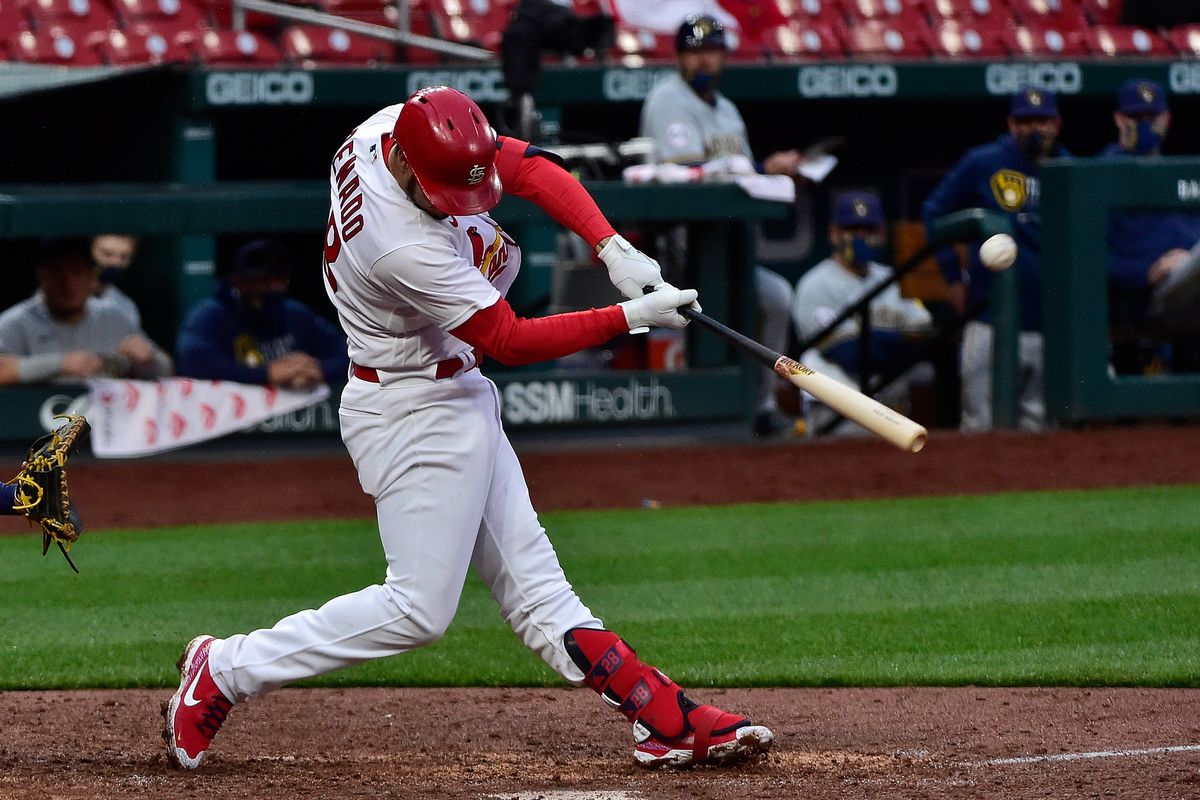 The Philadelphia Phillies will look for their seventh win in eight home games this season when they host the St. Louis Cardinals on Saturday.

After losing three straight on the road against the New York Mets, the Phillies returned home and defeated the Cardinals 9-2 in the opener of a three-game series on Friday.

McCutchen snapped an 0-for-14 skid with his first hit.

“He’s really important to our offense in leading off, getting on base and driving in runs,” manager Joe Girardi said of McCutchen.

The Phillies haven’t reached the postseason since 2011, the National League’s longest active playoff drought, and faded down the stretch again last season. As they prepare to play the 14th game of the 2021 season, they continue to realize the importance of each game.

“I think that sense of urgency is important,” Girardi said. “Every game matters.”

“I thought we as a group had great at-bats tonight,” Bryce Harper added.

The Phillies will hand the ball to left-hander Matt Moore, who will be making his third start of the season.

Moore signed a one-year, $3 million free-agent deal after pitching last year in Japan. Moore has allowed 13 hits and seven runs in 8 1/3 innings while striking out nine and walking four. He is 2-1 with a 2.77 ERA in three appearances — two starts — in his career against the Cardinals.

Like most pitchers, Moore is successful when he’s not walking batters.

The Cardinals will hope to avoid their sixth loss in seven games on Saturday.

Not much went right in Friday’s seven-run defeat with the exception of Justin Williams’ first career home run, a two-run shot.

St. Louis will turn to left-hander Kwang Hyun Kim for his season debut. He struggled in spring training, compiling a 16.20 ERA in five innings.

Back spasms caused a delay in the season debut for Kim, who had a strong rookie season with a 3-0 mark and 1.62 earned-run average. Kim appeared in eight games, seven starts, in 39 innings pitched.

He has never faced the Phillies.

“He’s a full-go, otherwise we would not have put him in the rotation,” Cardinals manager Mike Shildt said. “He threw a really good bullpen (Thursday), and there are a lot of positive things coming out with KK. He’s ready to rock and roll, and we are excited to see him pitch tomorrow.”

Kim holds only three career plate appearances and hasn’t had one since the 2010 season in Korea.

“I’m not really a good hitter right now,” Kim said through his interpreter. “But when I hit it, it goes to the outfield. I feel good with it. My teammates actually clap.”

Tommy Edman had two hits Friday and extended his hitting streak to 11 games.