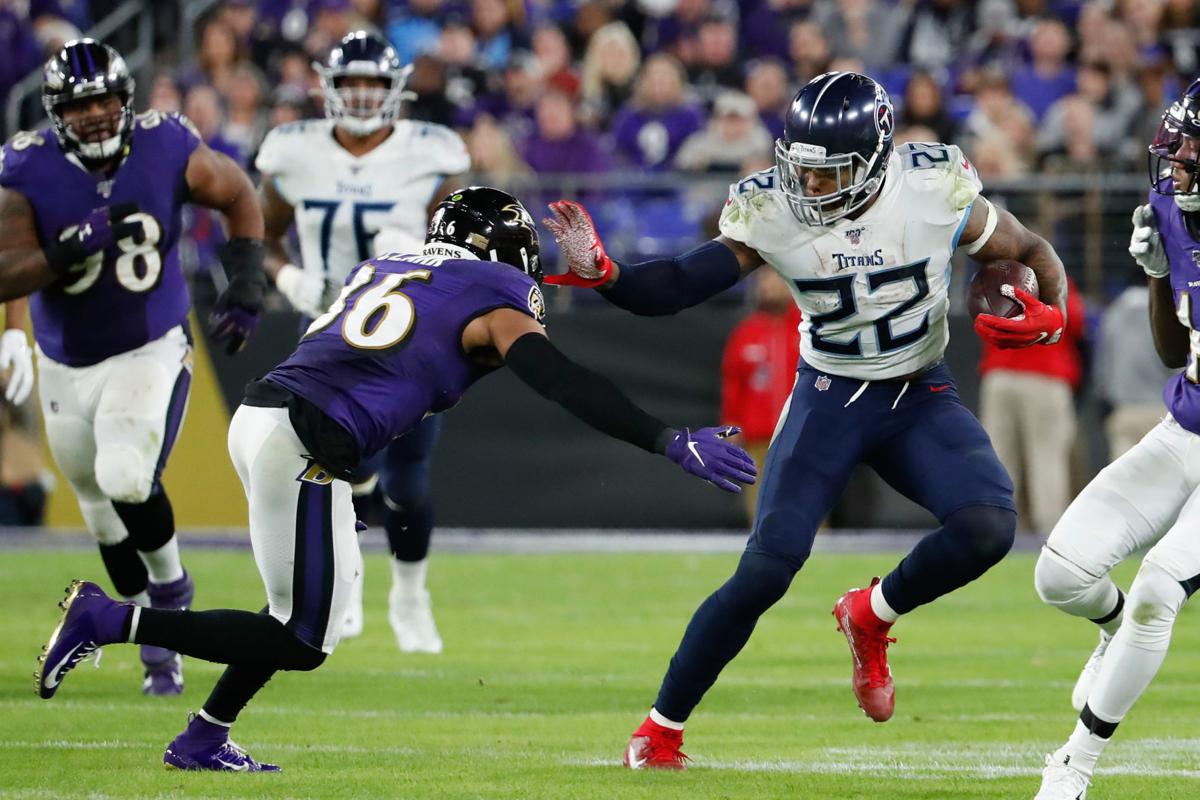 Embarrassed by the fashion in which Derrick Henry shredded their defense for 195 yards rushing in the playoffs last January, the Baltimore Ravens worked during the offseason to improve their ability to stop the run.

That trio was supposed to team up against Henry and the Titans (6-3) this Sunday in the rematch of that 2019 AFC divisional clash, a 28-12 Tennessee upset. Unfortunately for Baltimore, injuries to Campbell (calf strain) and Williams (ankle sprain) have forced the Ravens to shift to Plan B.

If Campbell and Williams can’t go, it’s next man up for Baltimore (6-3) against Henry, one of the league’s most prolific running backs.

”It’s a challenge no matter who you have,” Ravens defensive coordinator Don Martindale said. ”The way we drafted, the free agents we signed, they need to step up and play their role.”

With Wolfe, Justin Ellis and third-round draft pick Justin Madubuike up front last week, New England racked up 173 yards rushing in a 23-17 win. The competition won’t be any easier against Henry, who’s closing in on 1,000 yards and had his fifth 100-yard game of the season last week against Indianapolis.

”The sky has not fallen. We’ll be fine and ready to go on Sunday,” Martindale insisted.

It sure won’t be easy.

”You better have your helmet strapped up and get ready for this ride,” Ravens safety DeShon Elliot said. ”You better be coming downhill and hit him every time.”

Even without Campbell and Williams, the Ravens’ defense has enough hard hitters and Pro Bowl starters to give the Titans reason for concern.

”Whoever’s in there, it’s going to be a huge challenge for us to be able to move the football,” Tennessee coach Mike Vrabel said.

The Titans have lost three of four to drop into a first-place tie with Indianapolis in the AFC South, and the Ravens trail unbeaten Pittsburgh by three games in the AFC North. The winner of this game gets the edge over the other in playoff seeding and can gain momentum heading into the final six weeks.

”We’re at that point in the season where teams are going to start separating themselves, and we want to be one of those teams,” Titans quarterback Ryan Tannehill said. ”Things haven’t gone in the right direction the past month or so. Nothing catastrophic, but if we don’t get things turned around quickly, then we’re not going to be in a good position.”

Ravens quarterback Lamar Jackson had three turnovers in that playoff defeat in January and didn’t direct a touchdown drive until the fourth quarter.

Asked if he’s looking for revenge Sunday, the reigning NFL MVP said, ”The game is over with. We’re just going into this game trying to be 7-3. That’s all. We’re not looking into it like a revenge game.”

The Ravens and Titans have feasted on takeaways this season, and Sunday’s game could hinge on the team that best protects the football.

Tennessee has been very good at it. The Titans have committed only four turnovers, four fewer than the previous franchise record over the the first nine games.

Not only that, but Tennessee owns a plus-10 turnover differential. The Ravens forced a turnover in 21 straight games before coming up empty at New England.

”It’s always huge if we can try to win the turnover margin, and obviously take care of the football on our end,” Vrabel said. ”It doesn’t do any good if you’re getting turnovers but you’re giving it back to them.”

Fans will not be allowed to attend the game because of the spike of COVID-19 positive tests in Maryland. The Ravens had slightly over 4,000 fans at their previous home game against Pittsburgh on Nov. 1.

Whether it’s because of the crowd or because they’re comfortable with their surroundings, the Ravens are 74-26 at home – including 22-5 in November – under coach John Harbaugh, who took over in 2008.

Because the Ravens rely heavily on the run, they’re far better when playing with a lead than coming from behind.

”That allows them to play to their strengths: run the football and pressure the quarterback, pressure meaning mistakes, interceptions, sacks, long-yardage situation,” Vrabel said.

In that January playoff game, the Titans bolted to a 14-0 lead and put Jackson in position to where he ended up throwing a career-high 59 passes. Tannehill, in contrast, went 7 for 14 for 88 yards.

”A point of emphasis for us this week is to come out and start the game fast,” Tannehill said.