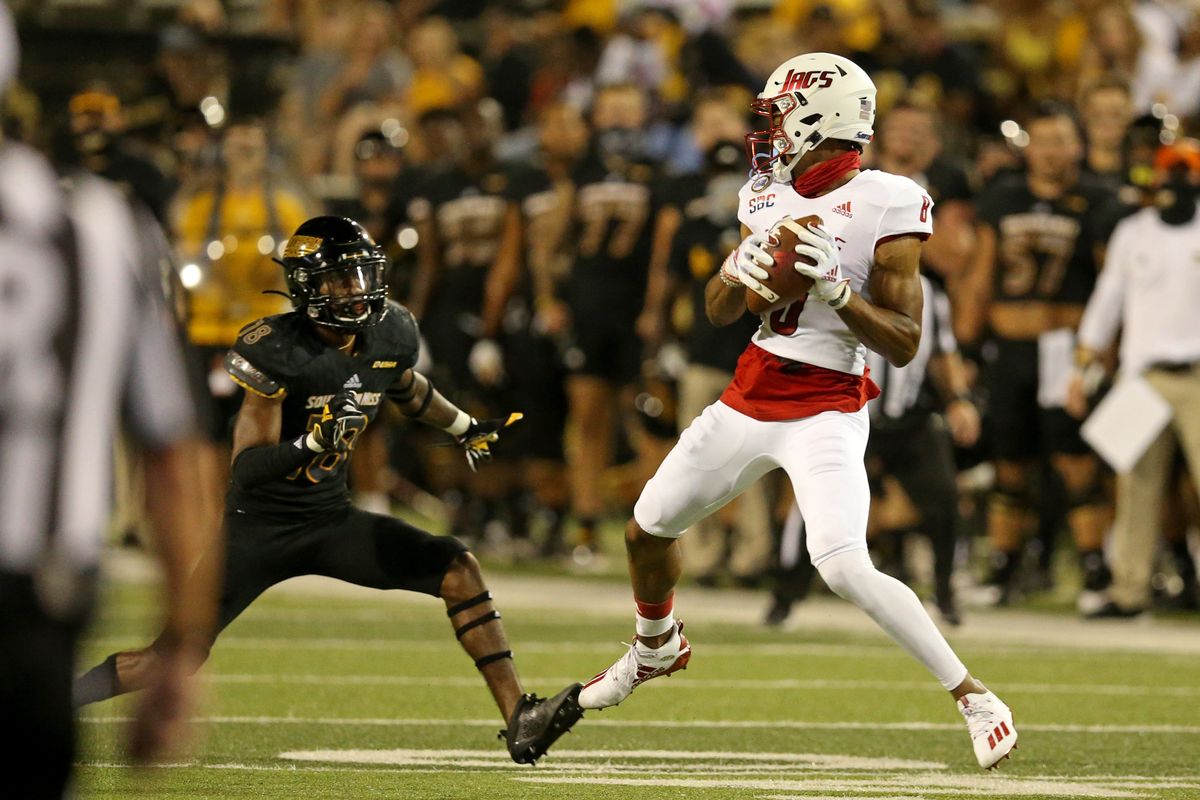 South Alabama has a head start on Tulane.

The Jaguars opened their season with a 32-21 road victory against Southern Miss on Sept. 3. The Green Wave were scheduled to begin their season the same night with a home game against Southeastern Louisiana, but that game was canceled and a replacement could not be found.

So Tulane now begins its season Saturday when it visits South Alabama.

The Jaguars’ victory, which came four years to the day after a benchmark 21-20 victory at Mississippi State for the 11-year-old program, was their first road win in more than three years.

The Jaguars had been 0-12 on the road under Campbell and 0-15 away from home since their last previous road victory in 2017.

Now the Jaguars will be playing their first game in their new on-campus stadium — Hancock Whitney Stadium. The game against the Green Wave, which was scheduled just five weeks ago because of COVID-19-related changes, starts a five-game homestand.

In the opener, South Alabama gained 526 yards — 363 passing and 163 rushing — and had a 99-yard touchdown drive. Desmond Trotter passed for 299 yards and two touchdowns to Jalen Tolbert, who finished with six receptions for 169 yards.

“It all started with protection,” Trotter said. “And then our receivers, getting them the ball and allowing them to make plays. That was the game-changer.”

The Jaguars, who did not allow a sack and did not punt in a game for the first time in program history, held Southern Miss to 95 yards on 37 carries.

Tulane has won bowl games in each of the last two seasons, something that had never happened before in school history.

The Green Wave were picked to finish sixth in the American Athletic Conference this season, but they hope that the arrival of a half dozen graduate transfers will help them exceed expectations.

“We’ve been so blessed with the (graduate transfers) we’ve gotten in here,” coach Willie Fritz said. “They’ve fit in.”

Defensive coordinator Jack Curtis said the Green Wave defense is the best they have had in during his and Fritz’s tenure, which is entering its fifth season.

“We’ve got the talent and the depth,” Curtis said.

This game replaces a game at Northwestern that was canceled when the Big Ten postponed its season. After all the schedule changes, the Green Wave are just happy to finally be playing a game.

“Obviously we’re sick and tired of hitting each other,” senior safety Chase Kuerschen told The Advocate of Baton Rouge (La.). “That’s how everybody in the country is, but it’s only one week later. We’ll be ready to go.”