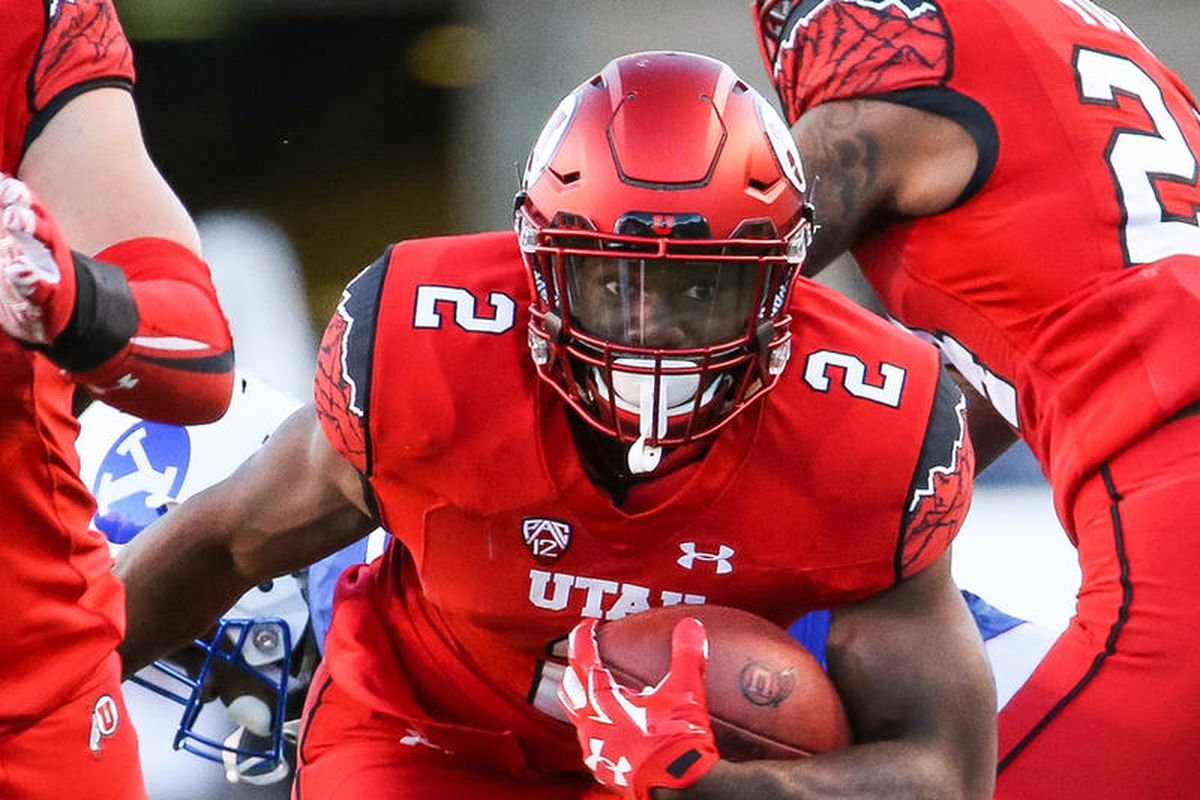 PROVO, Utah (AP) No. 14 Utah heads into the 100th game of the Holy War rivalry with BYU sporting a new-look offense headlined by a familiar playmaker.

Quarterback Tyler Huntley has thrived in new offensive coordinator Andy Ludwig’s scheme throughout fall camp and he has the right skills to run it smoothly. Before missing the final five games with a broken collarbone, Huntley tallied 1,788 yards and 12 touchdowns while completing 64% of his passes last season.

”He’s just soaking in everything Andy has to say to him,” Utah coach Kyle Whittingham said. ”He’s done a great job of assimilating that and putting it into practice. The skill set Tyler has and what Andy is going to do with him line up. It’s a great fit.”

Utah’s offense will count on Zack Moss and the other running backs to carry a big load. Still, there are enough targets in the passing game to keep defenses honest. Britain Covey is a proven threat in the slot while receivers like Demari Simpkins, Solomon Enis, and Jaylen Dixon can stretch the field.

Huntley likes what he saw from his receivers throughout camp. It has given him confidence Utah’s offense could be as tough on opponents as the team’s defense.

”Everybody has been doing their job, making plays when their number is called,” Huntley said. ”That’s what I like about our offense.”

BYU is also expecting to make an offensive leap under Zach Wilson in his second season. Wilson offered a snapshot of his potential in the 2018 Famous Idaho Potato Bowl when he completed all 18 pass attempts for 317 yards and four touchdowns in a 49-18 victory over Western Michigan.

Wilson studied film of NFL stars like Patrick Mahomes, Tom Brady and Drew Brees during the offseason while he recovered from shoulder surgery. He even got a rare chance to work out with Brees.

”(I was) trying to increase my mental game,” Wilson said. ”Going over some NFL tape and just trying to learn from guys that have done it before and been through it all.”

Here are other things to know as Utah and BYU meet Thursday night:

In his final college season, BYU running back Ty’Son Williams is getting another chance to make a big splash in the backfield. Williams joined the Cougars as a graduate transfer over the summer after spending two seasons at South Carolina and earned the top spot on the depth chart, beating out top returning rusher Lopini Katoa. He appeared in 20 games for the Gamecocks, totaling 799 yards and five touchdowns on 165 carries.

The senior played in just eight games last season after injuring his hand. He’s not concerned with his durability.

”You can’t really control injuries,” Williams said. ”None of the football players here go to sleep and wake up thinking we’re going to get injured. You just take it a game at a time and also just try to do what you can to be competitive.”

Whittingham confirmed this week that Moss and Covey will play Thursday.

Questions had lingered about whether they would be sidelined for the season opener.

Moss suffered a hand injury and sported a cast during fall camp. Covey went through controlled reps while he worked his way back from a torn ACL suffered in the Pac-12 championship game.

BYU and Utah have a recent history of opening seasons on a positive note.

The Utes have won 11 consecutive openers, starting with a 25-23 victory over Michigan in 2008. Utah is 12-2 in season openers overall during Whittingham’s tenure.

The Cougars are 15-5 in their past 20 openers. BYU beat a dozen Power 5 teams in those contests. Overall, the Cougars carry a five-game winning streak in season openers into Thursday’s game.

Utah is hogging the spotlight heading into the season. The Utes are a preseason pick to win their first outright Pac-12 championship.

BYU isn’t drawing much attention after a seven-win season. The Cougars are confident they can change that even while opening the season with four straight games against Power 5 opponents.