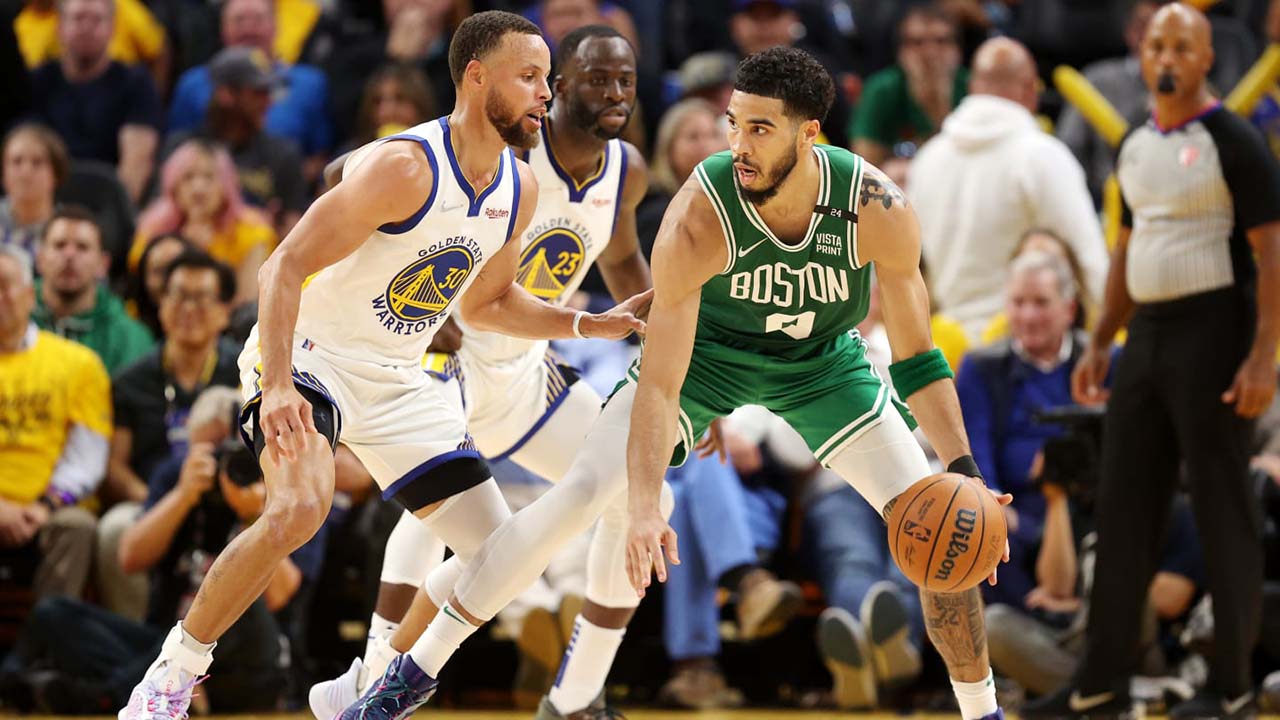 The Boston Celtics have made themselves at home on the road in the playoffs, winning eight of their first 10 away games before falling flat in their last outing.

The Celtics look to right the ship and embrace the comforts of home on Wednesday when they host Game 3 of the NBA Finals against the Golden State Warriors. Boston posted a 120-108 win in the series opener in San Francisco last Thursday before dropping a 107-88 decision three nights later.

Now the best-of-seven series shifts to TD Garden, where the Celtics have lost four of their last seven games in front of their home fans. And Boston will try to rebound against a Golden State team that has won at least one road game in each of its last 26 playoff series, an NBA record run that began in 2013.

“Just playing with a sense of urgency, I think,” Celtics forward Jayson Tatum said, when asked about the key to becoming a more consistent team at home. “Human nature plays a part when you go on the road, obviously it’s a tough environment. I feel like recently we’ve kind of relaxed at home. Whether we thought because we had home-court advantage, we came out a little more relaxed.”

Tatum answered a dismal 3-for-17 shooting performance in Game 1 by scoring 21 of his team-high 28 points in the first half of Game 2. Unfortunately for Boston, it was done in by being outscored 35-14 in a disastrous third quarter on Sunday to see a modest halftime deficit balloon to 23 points.

Jaylen Brown limped through a 5-for-17 shooting performance in Game 2 to finish with 17 points.

“Nothing in the past matters up until this moment, to be honest,” Brown said of a perceived home-court advantage. “Everything that happened in the last series and the series before, who cares. Right now, we’re here playing a different opponent, a different team, and we’ve got to look at it as such. We’ve got to come out and play our best version of basketball because we’re capable of doing it.”

The status of Celtics big man Robert Williams III could be something to watch after he was listed as questionable with left knee soreness. Williams has missed just one of the last nine games despite the constant pain in the knee.

Golden State star Stephen Curry is playing a pretty good version of basketball while competing in his sixth NBA Finals. The two-time NBA MVP leads all players in the series in points (63), field goals made (21) and 3-pointers made (12) — and this against the best defensive team in the NBA this season.

“Just feel and matchups, and you understand how the series is going to continue to go,” Curry said, when asked about him leaning on pick-and-rolls against Boston. “There are going to be adjustments and different looks. If I can get in those one-on-one matchups and be able to play-make out of that and read the defense well, we can create a lot of good shots.

“Thankfully those type of possessions, either we got a good shot or ball started moving and we weren’t turning the ball over, which helped our offense kind of settle in a little bit. Then when we have good offense and good shots, that helps our defense a lot. So we’ll see how it goes the rest of the series, but it’s been working.”

Jordan Poole made five 3-pointers to highlight his 17-point performance off the bench in Game 2.