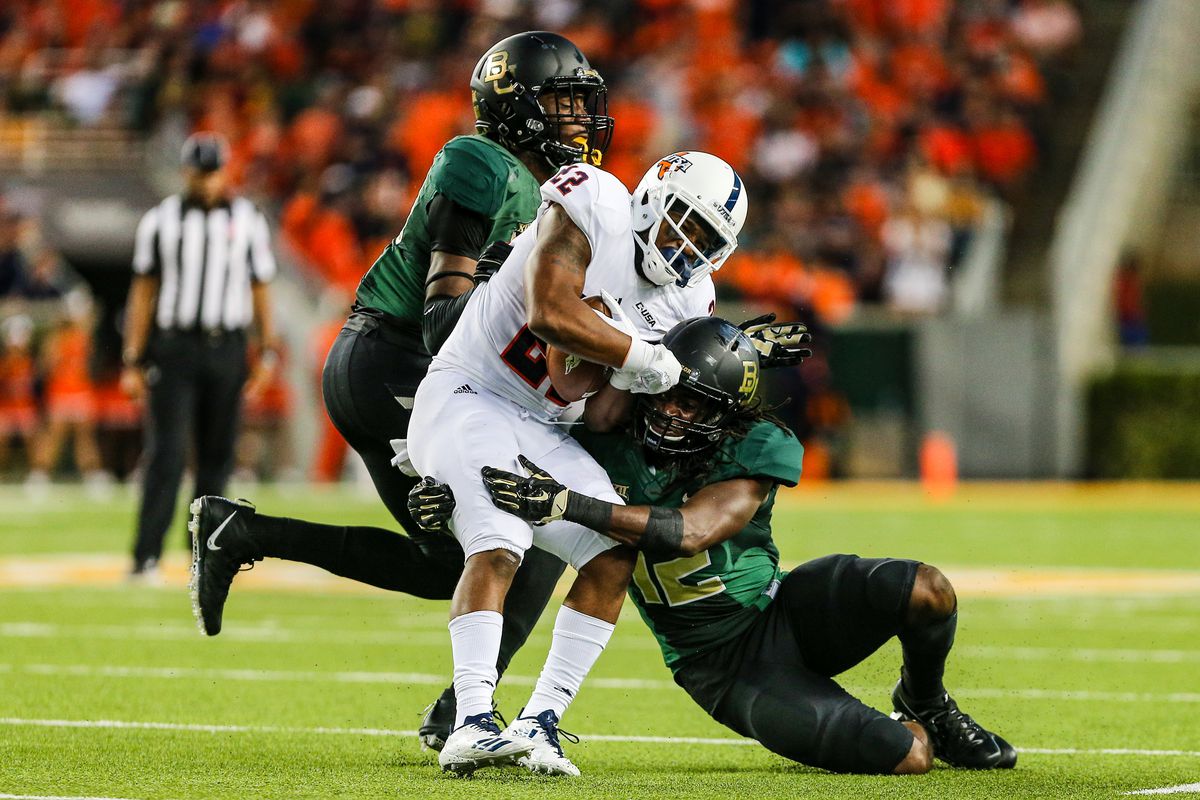 No. 12 Baylor is atop the Big 12 standings and will be rested and ready when it hosts struggling West Virginia on Thursday night in Waco, Texas.

The Bears (7-0, 4-0 Big 12) are the toast of the Big 12 just two seasons after finishing 1-11 overall. Both Baylor and West Virginia (3-4, 1-3) head into Thursday’s dustup off a bye week in which the teams focused on completely different goals.

For Baylor, it’s been about keeping its collective shoulder to the grindstone and playing like its record is 0-7 rather than 7-0.

“I want them to block out the noise and have the same hunger and fire that they had two years ago,” Baylor coach Matt Rhule said. “I want them to know now they are no more special and better than they were then. You have to consistently be who you are.”

The Bears went 7-6 last season and beat Vanderbilt in the Texas Bowl to set the stage for 2019’s stellar play. It helps that Baylor has one of the nation’s most explosive offenses, led by junior quarterback Charlie Brewer.

Baylor ranks 12th nationally in scoring at 38.9 points per game.

After the win in Stillwater, the Bears almost immediately turned their attention to West Virginia, perhaps because the Mountaineers manhandled Baylor last season, cruising to a 58-14 victory in Morgantown, but that was when Dana Holgorsen was the West Virginia head coach and Will Grier was the quarterback.

“West Virginia beat us so badly last year, and it’s such a vivid memory,” Rhule said. “They do a great job of keeping you off balance, and they are getting more and more confident as they get deeper into their new system.”

West Virginia heads to Waco after a 52-14 defeat at Oklahoma, the Mountaineers’ third consecutive conference loss. They have scored 14 points in each of their past two games.

First-year Mountaineers coach Neal Brown used the bye week to “push the reset button” on West Virginia’s season. Brown said the goal in the run-up to Thursday’s game and beyond is to see improvement.

“We’ve got a five-game season left,” Brown said. “The key and our main focus is about making marked improvement as we go through the rest of this. We feel like we’ve been getting better.”

Austin Kendall will remain as the Mountaineers’ starting quarterback despite a ragged performance against Oklahoma on Oct. 19. Kendall is a graduate transfer who backed up the past two Heisman Trophy winners — Baker Mayfield and Kyler Murray — when he was with the Sooners.

Kendall has completed 141 of 222 passes for 1,429 yards, with 11 touchdowns and seven interceptions.

“Austin’s our starter,” Brown said during the bye week.

“He played well in the first half (against Oklahoma). First half, he handled the noise around that game pretty well. The second half, he did not perform as well as he needs to, and he understands that. He’s probably as healthy as he’s been this entire season.”

Baylor and West Virginia have played seven times in a series that began in 2012. The Mountaineers lead 5-2 and have captured three in a row.

Pick: Under 29 Points First Half