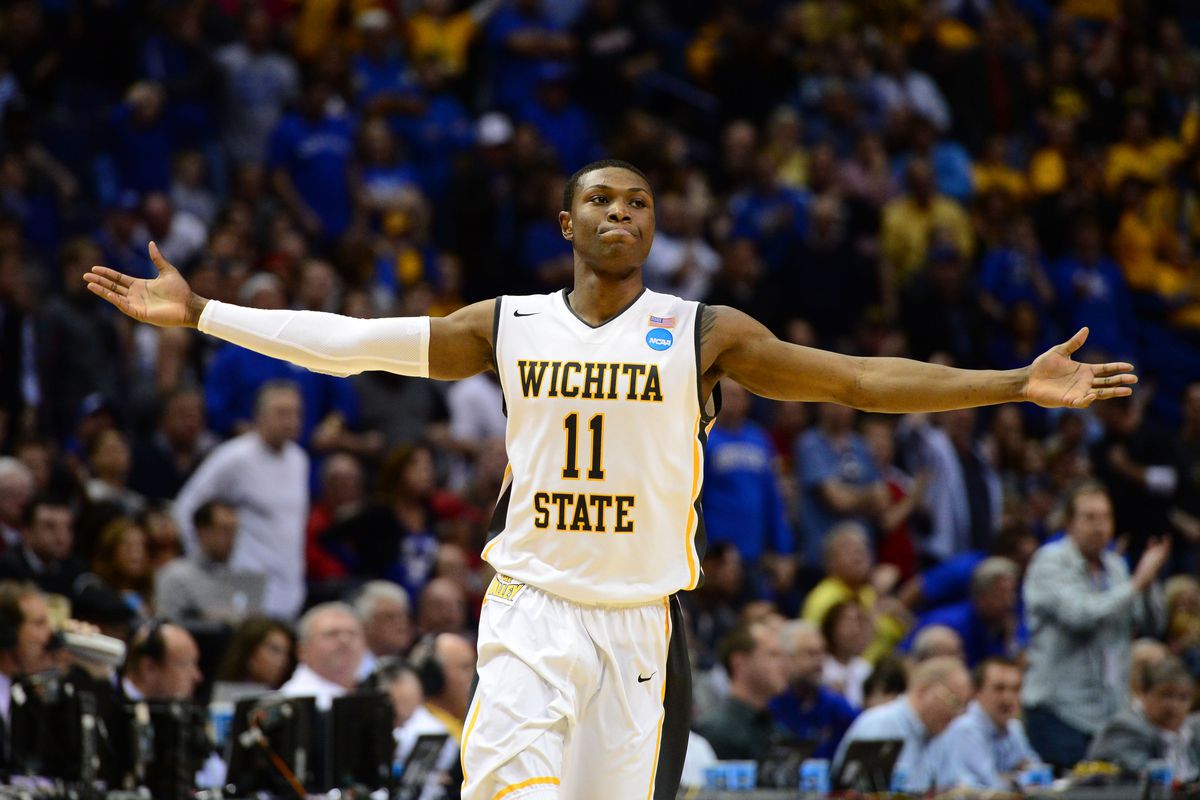 Selection Sunday turned into a frightful bracket unveiling after Wichita State, regular-season champion of the American Athletic Conference, landed firmly on the bubble following a seminal loss to Cincinnati in the AAC tournament.

What the Shockers (16-5) lacked in high-quality wins, they gained from edging out Houston for the AAC regular-season title while posting a 9-2 record in games decided by five points or less.

Those traits earned Wichita State an 11-seed and a First Four matchup Thursday against former Missouri Valley rival Drake (25-4) in West Lafayette, Ind. The winner will play Saturday against sixth-seeded USC in the West Region.

“Houston was ranked seventh and we won the conference. I felt that put us over the hump,” said Wichita State coach Isaac Brown, who replaced Gregg Marshall in November after the successful 10-year coach resigned following accusations he abused players and staff verbally and physically.

Brown had to smooth over a contentious locker room frustrated by interactions involving Marshall and the uncertainty created by the offseason departure of six players.

After being promoted with the title of interim coach, Brown was awarded a five-year contract last month.

“When I first took the job, those (players) had come here to play for a Hall of Fame coach,” Brown said. “I wasn’t sure who was going to come back. We had a couple guys that talked about opting out. The first meeting, all I talked about was the staff and how we were going to give those guys 110 percent every day.”

The respect and affection Brown gained could be seen in two responses captured on video — the first when players learned their coach signed his five-year deal and the second when the Shockers erupted making the NCAA Tournament.

The berth is the eighth for Wichita State in the last nine tournaments. Tyson Etienne will lead this charge as a 17.0-point scorer who was named AAC Co-Player of the Year.

Alterique Gilbert, a Connecticut transfer, directs the floor (4.1 assists per game), while Dexter Dennis is a defensive stopper. Trevin Wade, who provides backcourt depth, will wait to travel after missing the AAC tournament because of COVID-19 protocol.

Drake will make its first NCAA Tournament appearance since 2008, gaining an at-large berth after falling to Loyola Chicago in the Missouri Valley tournament final.

“Extremely excited. It was a long week to get to this point, but it was worth every minute of it,” said third-year Drake coach Darian DeVries, who agreed to an eight-year extension Wednesday.

DeVries did not say Sunday whether the Bulldogs’ top scorer, ShanQuan Hemphill (14.1), will be available. He has been out after suffering a broken foot Feb. 10.

Another key contributor, Roman Penn, also suffered a February foot injury and is out for the season.

The Bulldogs raced to a 18-0 start this season and was one of three remaining unbeatens in Division I.

“We’ve overcome so much adversity,” D.J. Wilkins, a 10.6-point scorer, said in the Chicago Tribune. “We lost our two top players, and not a lot of teams could deal with that. The vibe in the locker room never changed. We never doubted ourselves.”

Free Pick: First Half Over 66 Points