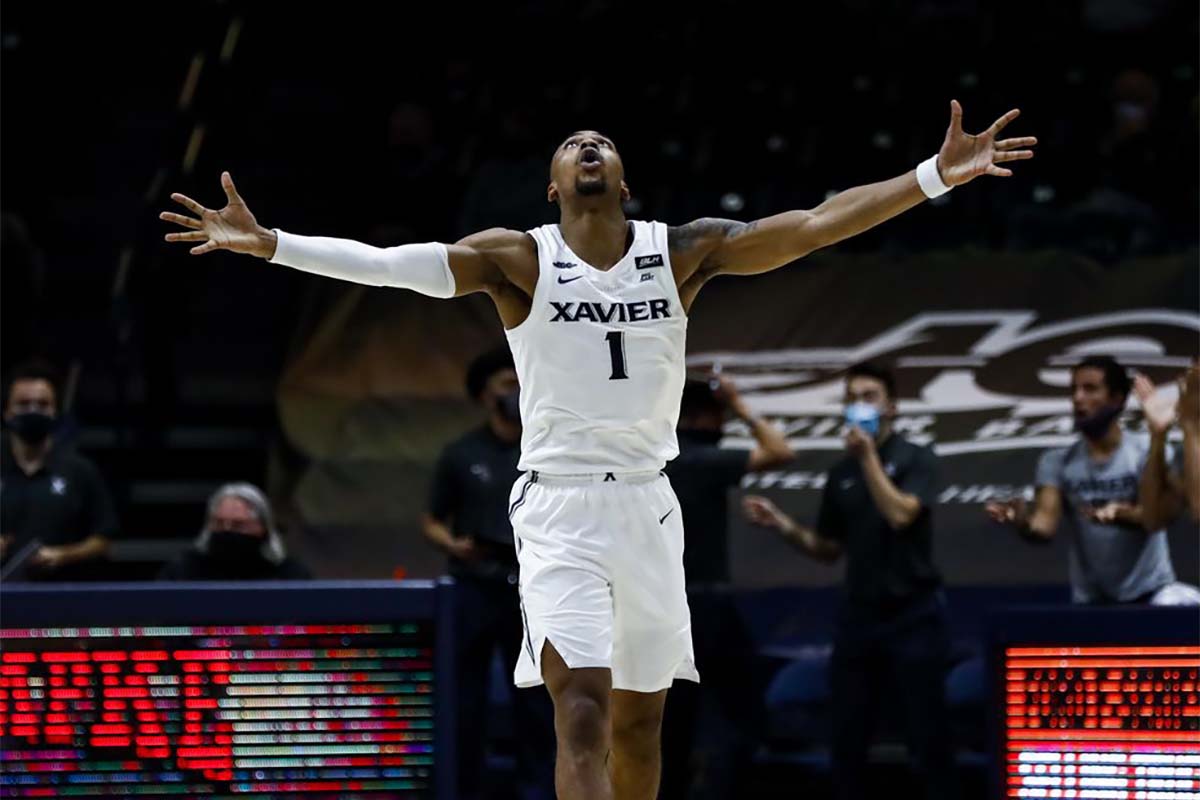 Adam Kunkel punctuated his first career Big East game Sunday with a buzzer-beating 3-pointer that sent host Xavier to a 91-88 win against Marquette.

Kunkel’s chance for an encore comes when the No. 22 Musketeers visit No. 13 Creighton in Omaha on Wednesday afternoon, giving the Belmont transfer only so much time to savor his 22 points in 17 minutes that helped keep Xavier remain unbeaten.

“Unbelievable,” Kunkel said. “I don’t think I could have pictured it any better. I couldn’t have done this without my teammates.”

Xavier (8-0, 1-0 Big East) showed resilience in its first action since Dec. 9. With only two days of practice due to COVID-19 concerns within the program and minus point guard Dwon Odom, who has been out because of COVID-19 protocols, the Musketeers weathered numerous challenges from the Golden Eagles.

After Marquette’s four-point play tied the game with 25 seconds to go, Xavier coach Travis Steele hardly panicked when he called a play for Paul Scruggs, who led all scorers with 29 points. Still, Scruggs’ driving layup attempt in the waning seconds was off the mark, and the ball was tipped out to a waiting, opportunistic Kunkel.

“Just the poise that Adam had and the confidence. He’s fearless,” Steele said. “That’s who Adam is. I’m not shocked he made it. It looked good right when I saw him about to release it. I was like, ‘That’s going down.'”

Creighton (6-2, 2-1 Big East) dropped four spots in the national poll this week despite showing its own resolve to close the week, rallying from a Dec. 14 home loss to Marquette to defeat St. John’s and Connecticut on the road.

Sunday’s game at UConn tested the Bluejays’ toughness and high-octane approach, as the Huskies worked the shot clock while Creighton endured struggles from the floor. The Bluejays shot a season-low 41.5 percent in the 76-74 overtime victory while going 3-for-18 (16.7 percent) from beyond the arc in the second half and overtime.

“I’m proud of our guys,” Creighton coach Greg McDermott said. “They stuck to it, and they kept believing.”

The Huskies hadn’t played in 17 days, but consistently disrupted the Bluejays’ rhythm, fighting through ball screens while clogging passing and driving lanes.

Despite 40 points from the Huskies’ James Bouknight, Creighton prevailed, forcing UConn into seven straight misses from the field during one stretch in overtime. The Bluejays faced a size disadvantage, but nonetheless won the battle under the boards by seven.

“It was just digging deep on defense, grabbing rebounds and just being solid,” Creighton’s Christian Bishop said. “We just had to stay consistent. Do what we do, what we practice every day.”

Creighton lost by a point to Kansas on Dec. 8 in its only other game against a ranked opponent this season.

Scruggs enters play with three straight games of 20-plus points, and on Monday earned plaudits as conference player of the week. He leads the Big East with 7.0 assists per game and his 16.4 points a game are second on the team to Zach Freemantle (17.5).

Creighton leads the all-time series with Xavier 17-15, and last season swept the Musketeers in both meetings for the first time since the programs joined the Big East in 2013.

Pick: Under 72 Points Total First Half