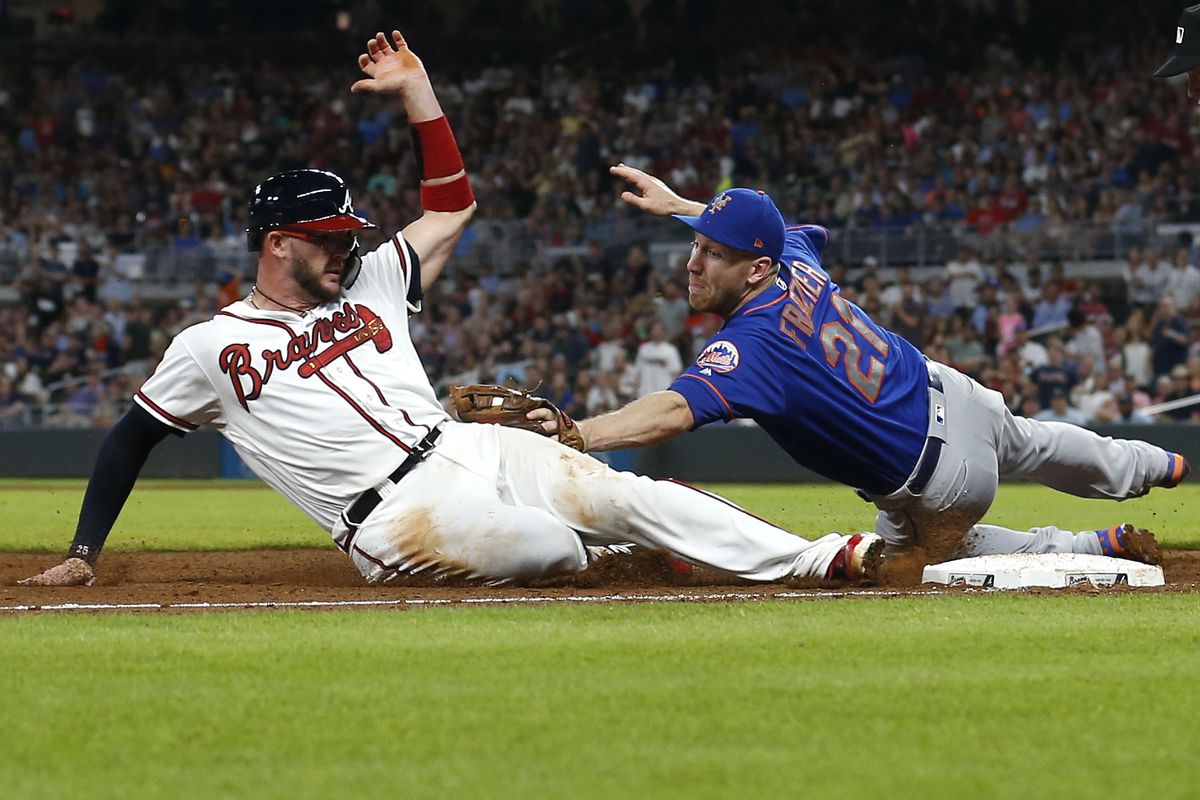 For the New York Mets, the 2020 season will begin just as the 2019 campaign ended: With a home game against the Atlanta Braves.

As anyone who has endured the last four months understands, the similarities end there.

The Mets and Braves will begin the most unique and challenging season in Major League Baseball history on Friday afternoon, when the National League East rivals kick off their 60-game sprints by facing each other in New York.

He’ll face Braves right-hander Mike Soroka (13-4, 2.68 ERA in 2019), who finished sixth in the Cy Young balloting last season and second in the Rookie of the Year voting behind Mets first baseman Pete Alonso.

The Mets and Braves are both coming off successful seasons and appear to be positioned to contend again for NL East supremacy.

The Braves (97-65) won their second straight NL East title before falling to the St. Louis Cardinals in the NL Division Series in five games. Atlanta hasn’t gotten beyond the Division Series since 2001 despite qualifying for the playoffs nine times in that span.

The Mets (86-76) finished with the best record among the NL’s non-playoff teams thanks to a late-season surge in which they went 40-21 after July 24. New York capped that run in dramatic fashion in the season finale Sept. 29, when Dominic Smith, making his first plate appearance in almost two months, hit a three-run pinch-hit homer to lift the Mets to a 7-6 victory in front of 31,523 fans.

Now, thanks to a truncated season unlike any other — the only “fans” in stadiums will be cardboard cutouts — every team believes it can contend, especially with Major League Baseball pondering a last-second increase of the playoff field to 16 teams.

“Every game is going to be really, really important,” Braves manager Brian Snitker said. “Not that they all aren’t over 162 games, but in this expedited season or whatever, that’s kind of the thinking.”

At least four Braves — Freddie Freeman, Pete Kozma, Will Smith and Touki Toussaint — have battled the coronavirus. Kozma and Smith have not yet been cleared to return to the team. Freeman, who is expected to play Friday, said he was running a fever of 104.5 degrees over the weekend of July 4. In addition, outfielder Nick Markakis and pitcher Felix Hernandez each opted out of the season.

The Mets are among the seven teams that have not announced their coronavirus cases, though pitchers Brad Brach and Jared Hughes are each on the injured list for undisclosed reasons.

Soroka, who at 22 is the youngest Opening Day starter in Atlanta history, is 4-0 with a 2.73 ERA in five starts against the Mets.