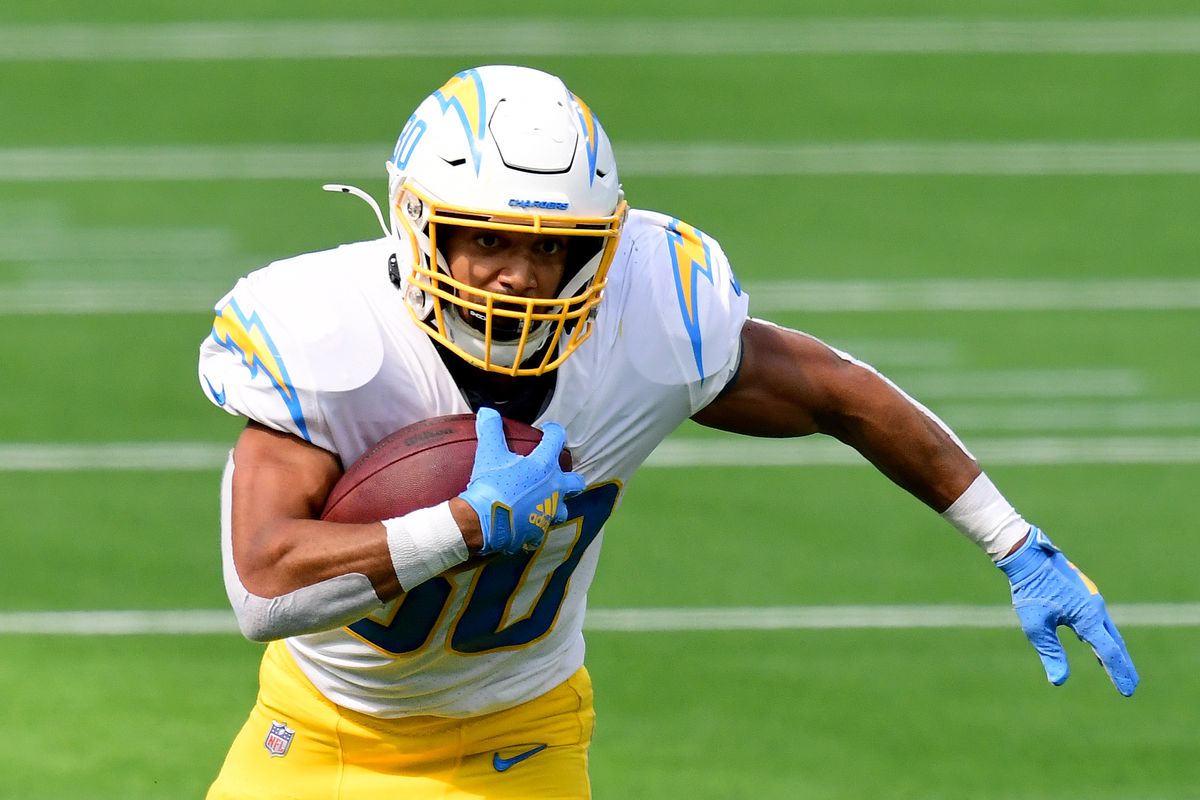 INGLEWOOD, Calif. (AP) Justin Herbert is on the verge of one of the best statistical years by a rookie quarterback in NFL history. Not bad for someone who didn’t know how much he was going to play at the beginning of season.

The Los Angeles Chargers signal caller goes into Sunday’s game against the Denver Broncos already with the most 300-yard passing games by a rookie. He has also tied Baker Mayfield’s 2018 mark of 27 touchdown passes.

Herbert, the sixth overall pick in the April draft and third QB taken, is also 219 yards away from becoming the fourth rookie to throw for at least 4,000 yards. He would need 595 yards this week and in the Jan. 3 finale at Kansas City to overtake Andrew Luck’s record of 4,374 yards in 2012.

”It would have been tough to imagine early on, especially not knowing when or if I’d play this year, ” said Herbert about his record-setting season. ”It’s one of those things that (QB) coach (Pep) Hamilton and I talked about. He said I needed to be ready when and if the time came. So when it came around – and it was pretty quick turnaround – I felt pretty prepared to go in.”

Herbert struggled during a stretch against the Dolphins, Bills and Patriots, but he has bounced back by directing winning drives against the Falcons and Raiders. The Chargers (5-9) come into the game looking for their first three-game winning streak in two years.

The Broncos are also 5-9 but have dropped three of their last four. Drew Lock has been inconsistent in his second season but general manager John Elway gave his young quarterback a vote of confidence this week.

”He’s gone through his reads better and dumped some things off and continued to use the experience to get better,” Elway told the team’s website. ”Obviously, the inconsistency, that comes with being young, especially if you’re young and you’ve got young guys around you . like we do. … I think that Drew’s had an up-and-down year, but we still like what we see in him and still think that he’s got a chance to be a very good quarterback in this league.”

DOWN TO THE WIRE

All four of Los Angeles’ games against division opponents have been decided on the final play. It had a 21-point lead midway through the third quarter at Denver on Nov. 1 before the Broncos rallied for a 31-30 victory. Lock directed a 14-play, 81-play drive, culminating in a 1-yard TD pass to K.J. Hamler.

The Chargers snapped a nine-game losing streak in the AFC West against the Raiders on Herbert’s 1-yard sneak in overtime.

The Chargers have struggled stopping the run over the last month. They have allowed more than 150 rushing yards in three of the past four games, with quarterbacks going over 30 yards. Lock isn’t known as much of a scrambling quarterback, but he did have 37 yards last week.

Los Angeles’ bigger concern should be containing the duo of Phillip Lindsay and Melvin Gordon. Three of Lindsay’s eight biggest carries have come against the Chargers, including a 55-yard touchdown in the first meeting. Gordon, who spent five seasons with the Bolts before coming to Denver, was held to 26 yards in the first game.

”Chris was a great player here for the Broncos for many, many years,” Broncos coach Vic Fangio said. ”Obviously, a great nickel, a very good corner, good football player, good instincts, sees the game through a lens that is wider and deeper than most, and can be a good leader within the defensive back room as far as pointing out things and mentoring and tutoring young defensive backs. He has a lot of great qualities to him and he’s been playing good now since he’s gotten back into the lineup.”

KEEP AN EYE ON

Chargers wide receiver Tyron Johnson, who has a touchdown in the past two games along with 11 receptions for 116 yards.