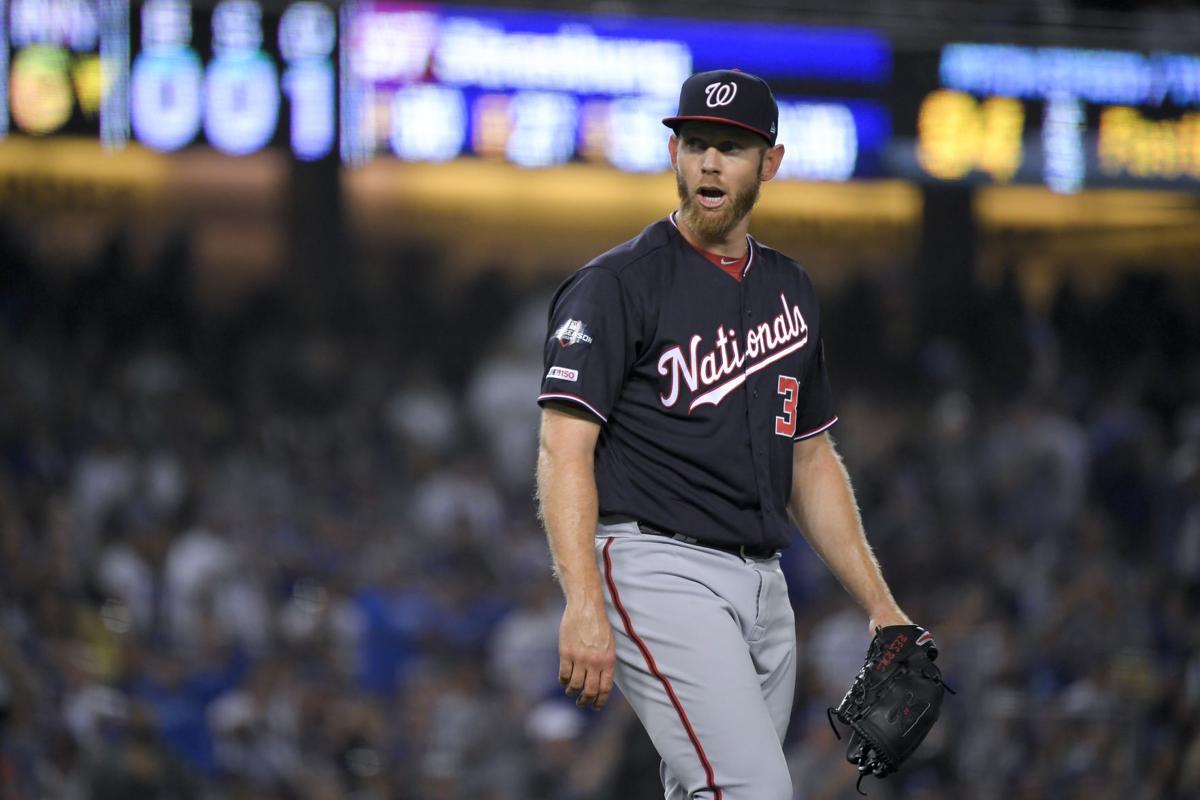 After some dominating pitching to open the National League Championship Series, the Washington Nationals not only return home for Game 3 on Monday, they do so with another force on the mound.

Trailing 2-0 in the series, the St. Louis Cardinals will have to get their offense on track against Nationals right-hander Stephen Strasburg, who has appeared motivated for October success.

The Nationals have won all three games when Strasburg has appeared in these playoffs, including a start in the deciding Game 5 of the NL Division Series against the Los Angeles Dodgers. And while he did give up two home runs early in that one, he settled down to give his team a chance to rally late.

Aside from personal momentum heading into Monday’s outing, Strasburg has been able to watch fellow pitchers Anibal Sanchez and Max Scherzer reveal an ideal blueprint for handling the Cardinals.

“Well, I think they controlled the tempo of the game very well,” Strasburg said of Sanchez and Scherzer. “They had a lot of poise out there. Just seems like they were just playing catch out there. It’s easier said than done, but they had everything working and they made it look really easy.”

During the regular season, the Cardinals were the lowest scoring of the five NL playoff teams. But they entered the NLCS off a 13-run outburst in Game 5 of the NLDS that included a 10-run first inning.

They are nowhere close to being that productive now, and the Nationals have Strasburg and Patrick Corbin lined up for the next two games.

“As far as adjustments go, you have guys that have been getting pretty good some pitches to hit, (just) not a lot of them,” Cardinals manager Mike Shildt said. “(We) feel like the competition’s there. The approach is there. … I don’t want to minimize that we’re not competing or we’re not focusing, but we got to figure out a way to be that much better, and that’s a challenge right now for us.”

The Nationals’ success on the mound has taken the attention away from some solid Cardinals pitching. St. Louis’ Game 1 starter Miles Mikolas gave up one run over six innings, while Game 2 starter Adam Wainwright pitched into the eighth inning, only to give up a late two-run double by Adam Eaton.

Right-hander Jack Flaherty will get the ball in Game 3 after going 1-1 with a 2.77 ERA in 13 innings of the NLDS. He was the benefactor of all that offense in Game 5 of the previous series.

Flaherty, who turns 24 on Tuesday, has faced the Nationals just once in his brief career. In a 2018 start, he gave up five walks in five innings, but allowed just three hits and one run in a no-decision.