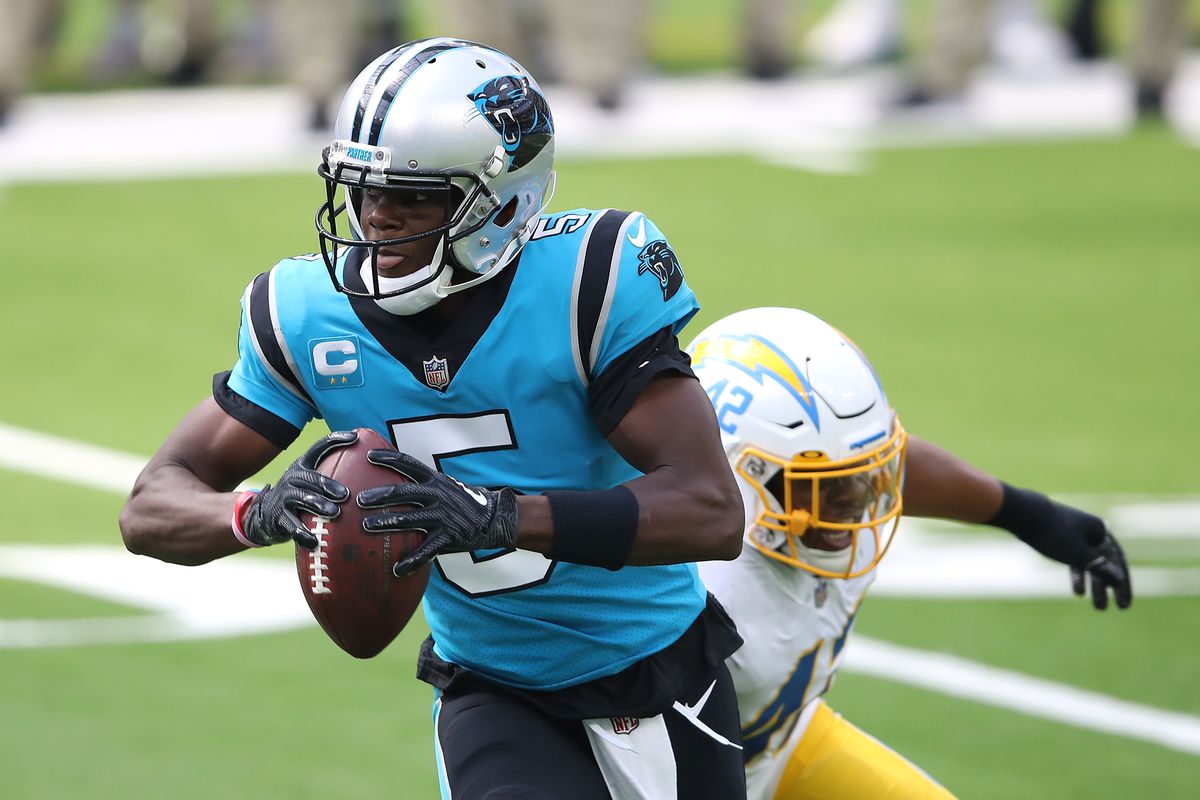 ATLANTA (AP) With Teddy Bridgewater showing promise as a long-term replacement for Cam Newton and Mike Davis flourishing as a short-term substitute for Christian McCaffrey, the Carolina Panthers are emerging as a surprise in the NFC South.

It’s just the sort of resiliency that has escaped the Atlanta Falcons, who have been unable to recover from a rash of injuries in their 0-4 start entering Sunday’s NFC South rivalry game.

Led by Bridgewater’s accurate passing, the Panthers (2-2) have won two straight games. Bridgewater has completed 73% of his passes, third best in the NFL. He is disproving doubters who may have thought he would be outclassed in a division Falcons coach Dan Quinn labeled ”Quarterback South.”

Tampa Bay’s signing of Tom Brady gave the NFC South three of the league’s top 10 career passers. Drew Brees, Brady and Atlanta’s Matt Ryan are on that list while Bridgewater, the former backup to Brees in New Orleans, was just trying to prove he could handle a starting role.

Bridgewater’s accuracy has the Panthers winning. The matchup with the struggling Falcons provides an opportunity to add to his modest total of only four TD passes. Atlanta has allowed 13 touchdown passes, the most in the NFL.

A Falcons secondary already depleted by injuries must overcome the loss of safety Damontae Kazee, who will miss the remainder of the season with a torn Achilles tendon. Defensive coordinator Raheem Morris hopes to have defensive end Takk McKinley and possibly safeties Keanu Neal and Ricardo Allen back this week.

”We’ve got to do a better job of surviving and advancing and playing the right way,” Morris said.

Carolina’s young defense, which starts three rookies, is on the upswing.

After allowing 67 points and failing to get a sack in their first two games, the Panthers gave up 37 points in the past two games. The unit is beginning to get pressure on opposing quarterbacks.

”I thought the defense has really bought into playing hard and playing fast,” Carolina coach Matt Ruhle said. ”I’m beginning to hear that from people all across the league, like `hey, I watched your tape, you guys are flying around,’ which is a credit to our players.”

Injuries have played a major role in a regression for the Atlanta defense which showed improvement in the second half of the 2019 season. The Falcons won their last four games last season to save coach Dan Quinn’s job. Quinn’s job status again is the subject of weekly speculation.

”Honestly it really comes down to us and all of the things that we need to do,” Quinn said. ”We have to stop beating ourselves.”

Davis should be busy with Reggie Bonnafon joining McCaffrey on injured reserve, each with a high ankle sprain. Davis has 202 yards from scrimmage and two touchdowns since replacing McCaffrey. Davis has 21 catches on 23 targets for 146 yards receiving and a touchdown. Carolina’s only other experienced running back is Trenton Cannon.

Safeties Ricardo Allen (elbow) and Keanu Neal (hamstring) and rookie cornerback A.J. Terrell (COVID-19 reserve list) were held out in Monday night’s 30-16 loss at Green Bay. Terrell was activated to the active roster on Thursday, but his status for the game is uncertain.

Cornerback Darqueze Dennard (hamstring) also is out while backup safety Jaylinn Hawkins is recovering from a concussion.

D.J. Moore was expected to be Carolina’s No. 1 receiver coming into the season, but free agent pickup Robby Anderson has been more productive with two 100-yard games. Anderson added 99 more last week against the Cardinals. His 377 yards receiving are sixth most in the NFL.

”Robby is just one of those guys, he comes in, he doesn’t say anything, he’s all football,” Bridgewater said. ”He understands that he’s here for a reason and he’s just been executing at a high level for us.”

Julio Jones missed the second half against Green Bay after aggravating a hamstring injury that caused him to miss the previous week against Chicago. Jones has a history of finding a way to play games after missing practice time because of injuries, but he is finding it is difficult to play through this hamstring injury.