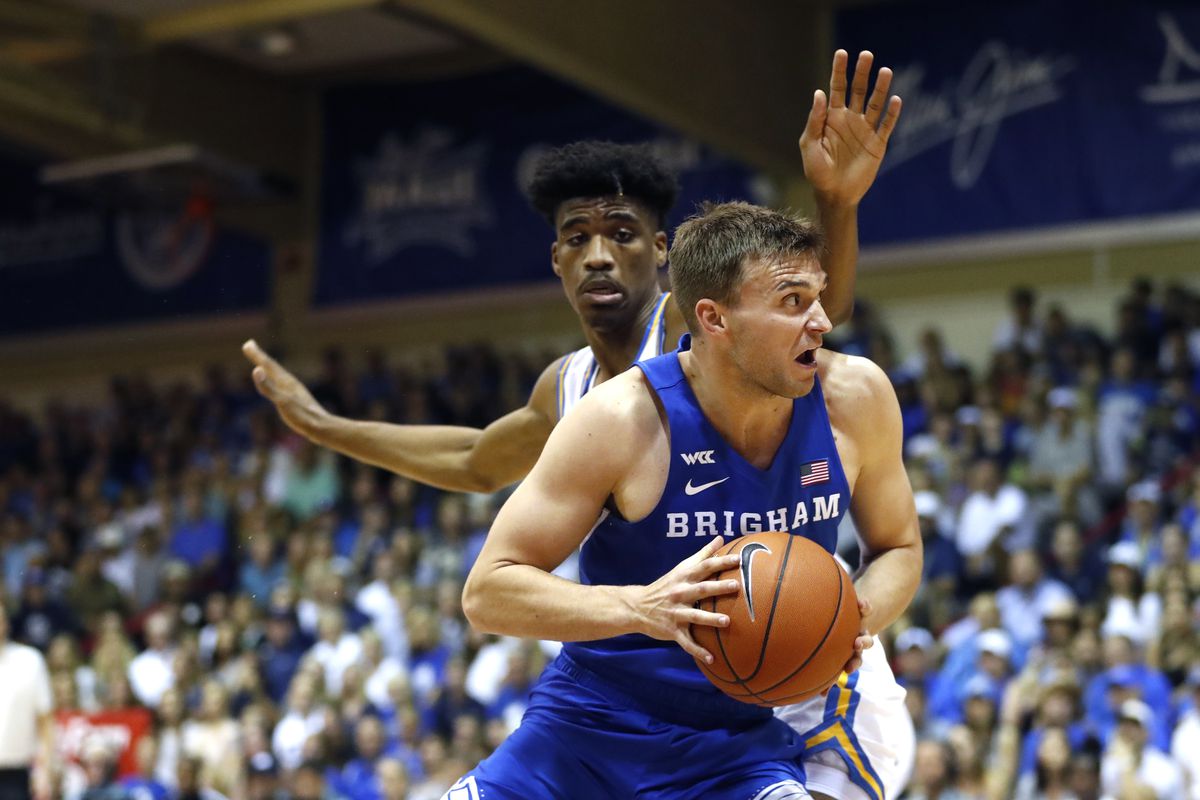 The Beehive State hasn’t seen a basketball matchup like Saturday’s showdown between No. 18 BYU and Utah in more than a century.

When the Cougars (5-0) and host Utes (5-0) take to the court in Salt Lake City, it will mark the first time since the 1912-13 season where both rivals come in undefeated and with at least five wins.

Under the direction of new coach Craig Smith, Utah has beaten Abilene Christian, Sacramento State, Bethune-Cookman, Boston College and Tulsa with an average margin of victory of 19.8 points.

BYU is off to its best start under third-year coach Mark Pope, having already beaten four NCAA Tournament teams from a season ago — Cleveland State, San Diego State, Oregon and Texas Southern.

Saturday’s game figures to be riveting and emotional as the Cougars and Utes, whose campuses are only 50 miles apart, push toward a 6-0 mark and bragging rights.

“Four of our first five games are against NCAA Tournament teams with basically their roster back. It’s awesome,” Pope said. “We’re getting challenged every way, and obviously going to Utah is always an adventure. These rivalry games are the best thing going in nonconference.”

BYU has had the upper hand in the hoops rivalry in recent years, winning three of the four most recent games and 14 of 19. This will be the 262nd meeting.

Utah will have had nearly a week off since beating Tulsa on Sunday, while BYU is coming off of an 81-64 home win over Texas Southern on Wednesday.

“We will both be ready to go on Saturday,” said Utah’s Branden Carlson, who earned Sunshine Slam MVP honors after averaging 14.0 points and 8.0 rebounds in two wins. “We are going to prepare for them just like we would any other game. Same type of schedule and stuff. Hopefully, we will get after it.”

This will be the first Utes-Cougars rivalry game for BYU senior Te’Jon Lucas, a Milwaukee transfer who’s eagerly anticipating the contest.

“Just going to the football game shows you the impact and how dedicated each fan base is. A lot of red came here (in Provo), and there was a lot of blue in the stands,” Lucas said. “I’m just looking forward to it and being out there to play in it.”

Pope looks forward to the challenge of playing a Utah team that’s off to a terrific start after replacing longtime coach Larry Krystkowiak during the offseason.

“The schedule’s tough, but it’s what we want,” Pope said. “We like to test ourselves, and we want to find out where we’re falling short and where we need to get better, and that’s what a schedule like this does.”

By the way, Utah picked up a 49-31 win over a 5-0 BYU squad in that aforementioned undefeated matchup in 1913. Defeating this BYU team would be even more impressive, which is what the Utes are planning.

“We prepare to win every game,” Utah’s Jaxon Brenchley said. “If we lose, that is not expected. We expect to win. That’s how we roll.”