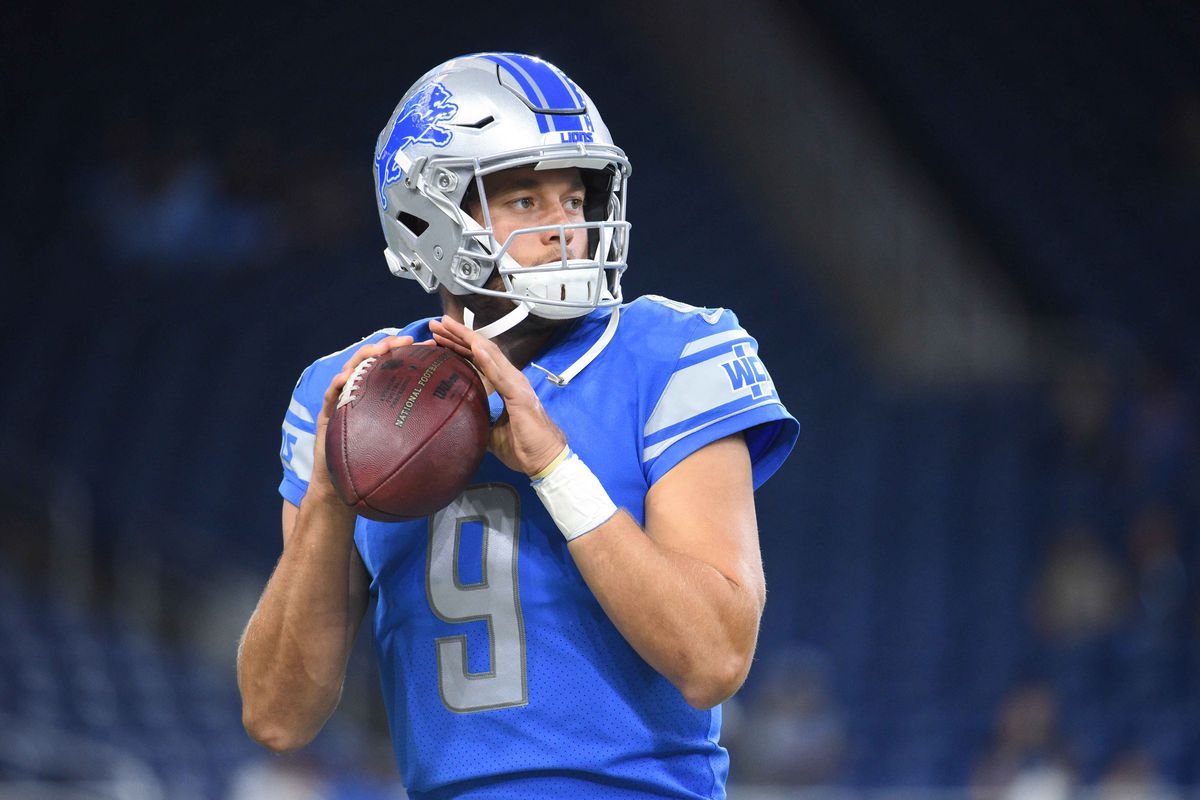 DETROIT (AP) The Detroit Lions have taken a lot of hits lately.

Detroit (2-3-1) has dropped three straight games and its latest setback included running back Kerryon Johnson going down with a knee injury that put him on injured reserve.

Days later, starting safety and team captain Quandre Diggs was traded to Seattle in a move no one outside of the front offices of the teams involved saw coming.

”We have to focus on the Giants and move forward,” receiver Marvin Jones said.

The New York Giants (2-5) don’t have any sympathy.

New York has also lost three straight, and the hope rookie quarterback Daniel Jones generated with two touchdown passes in his first start has been dashed by his turnover woes.

”There is certainly a sense of urgency in the building, amongst the players, that we need to get a win,” Jones said.

Giants receiver Golden Tate was dealt by Detroit last season to Philadelphia. The move seemed to stunt the team’s chances to have a successful season in coach Matt Patricia’s first year, taking away Matthew Stafford’s slot receiver and one of the leaders in the locker room.

Now, Tate is back to face the franchise he signed with after helping Seattle win a Super Bowl. He was one of Detroit’s top players and most popular people for four-plus seasons.

Tate has become Jones’ go-to guy since Sterling Shepard was sidelined with his second concussion of the season. Tate had six catches in each of the past two games for 182 yards, including a 64-yard scoring play against Minnesota.

Lions rookie running back Ty Johnson will likely start in place of Kerryon Johnson and he might flourish. The Giants allowed Chase Edmonds to run for 126 yards in last week’s loss to Arizona after he averaged just 17 yards rushing over the first 22 games of his career.

Ty Johnson, a sixth-round pick from Maryland, had a career-high 57 yards from scrimmage in last week’s loss to Minnesota.

”It’s an opportunity for everybody in the (running backs) room, not just me,” he said.

J.D. McKissic will likely split time with Johnson, giving the offense a speedy option out of the backfield on the ground or through the air.

The Lions signed former Giants running back Paul Perkins, for the second time in two weeks, after Kerryon Johnson went on IR. They also have Tra Carson, who was claimed via waivers from Green Bay earlier in the month.

New York’s Evan Engram has developed into one of the NFL’s top tight ends, and he has the Lions’ full attention.

”We have to always know where he’s at,” Detroit linebacker Jarrad Davis.

The third-year pro leads the Giants with 34 receptions, 379 yards receiving and two touchdowns. In his last two road games, Engram had 100-plus yards and caught a pass for a score.

The Giants’ defense has played one complete game this season, and playing well for a half has become the norm. The Cardinals scored 17 points on their first three possessions last week. Dallas, Tampa Bay and Minnesota each gained at least 490 yards and New England had 427.

Likewise, Detroit’s defense is struggling. The Lions let Minnesota quarterback Kirk Cousins pick them apart and could not slow down Dalvin Cook during a 42-30 loss in which they gave up 503 yards.