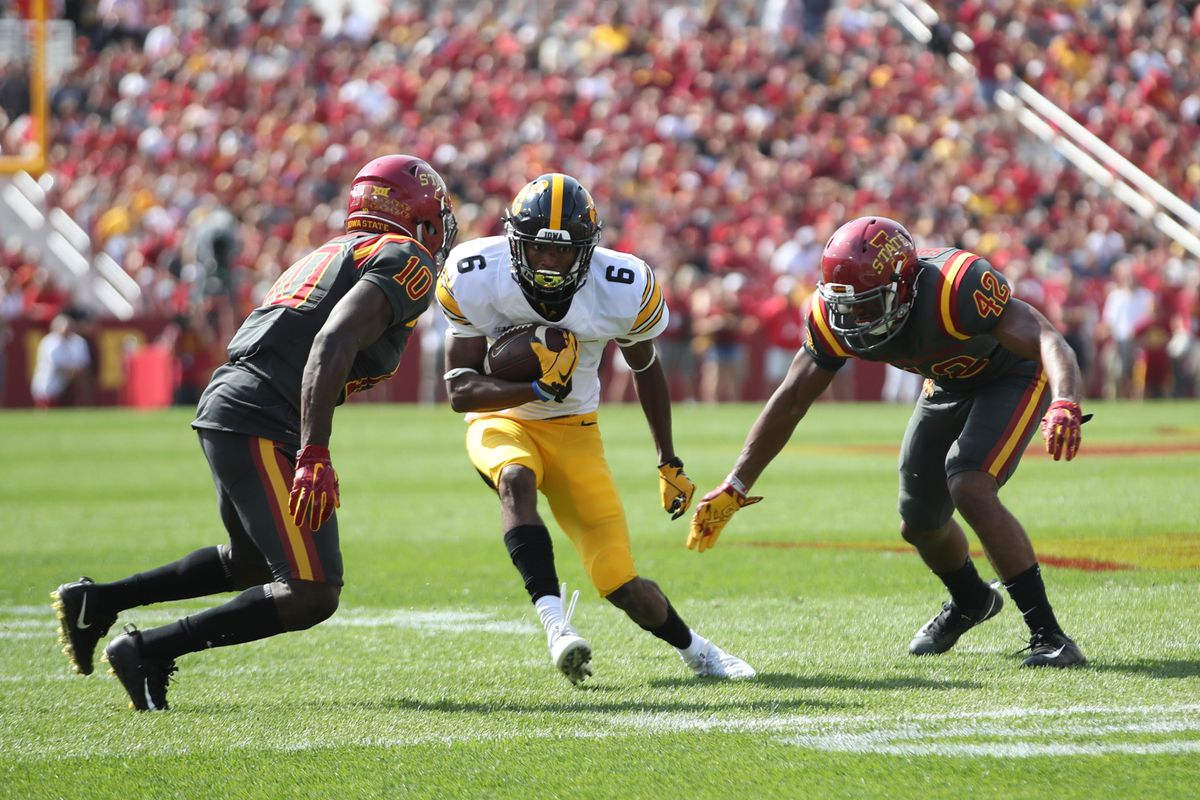 AMES, Iowa (AP) Coach Matt Campbell has done just about everything Iowa State could have hoped for in his three-plus seasons in charge – except beat Iowa.

Campbell is 0-3 against the 19th-ranked Hawkeyes (2-0, 1-0 Big Ten), including a 42-3 whipping in 2016 that remains the biggest loss that Campbell has ever suffered with the Cyclones. Iowa State improved enough by 2017 to take Iowa to overtime before losing by 3, and the Cyclones could only muster up 3 points in a 10-point loss a year ago. The skid against their in-state rival stands at four games.

The Hawkeyes look like the better team heading into Saturday’s game, thumping their first two opponents by an average of 27 points. Iowa State (1-0) needed three overtimes to get past Northern Iowa two weeks ago before falling out of the Top 25.

”They know who they are,” Campbell said about Iowa. ”They’re not trying to be somebody else. And the reality is, when you know that and you become that, then you know your answers to some of the challenges that maybe come within a game and certainly from season to season.”

Iowa senior quarterback Nate Stanley is off to a blazing start, throwing for 488 yards and six touchdowns without a pick through two games. Stanley, who cemented his status as the Hawkeyes’ starter with a five-touchdown effort in a 44-41 win in Ames in 2017, has 58 career TD passes against just 16 picks. He is now just four scoring tosses away from passing another three-year starter, Drew Tate, for second on Iowa’s all-time list.

”My emphasis to him, or my encouragement, would just be to enjoy his senior year. Relax a little bit and enjoy it,” Iowa coach Kirk Ferentz said. ”He’s really looked like he’s been in control and command out there, better than at any point in his career.”

WHO WILL IT BE AT RB?

Iowa State still has five players listed on its depth chart at running back, and Johnnie Lang, Sheldon Croney and freshman Breece Hall all got at least 10 carries against Northern Iowa. Asked who impressed him the most against the Panthers, Campbell simply answered ”tied.” The competition could stretch beyond Saturday’s game, though a big game by any of them would help clear things up.

”I know that’s been a hot ticket item, everybody’s been asking that question for the last month,” Campbell said. ”I think it’ll take a while for us to figure out exactly who we are.”

Iowa State, which scored just 13 points in regulation in its opener, will be facing one of the best defenses it will see this season. The Hawkeyes are tied for fifth nationally at just seven points a game allowed and are ranked ninth in the country in passing yards allowed (116.5).

”We were just pressing too much,” quarterback Brock Purdy said about Iowa State’s opener. ”We have to learn to be patient.”

Iowa has averaged 30 points a game in Stanley’s 28 starts. … Iowa State has only beaten a ranked Iowa team once. That came in 2005, when the Cyclones rolled past the Hawkeyes 23-3. … Iowa has won its last three games in Ames. … Campbell is 19-11 in his last 30 games with the Cyclones.

”Until you’ve been through one, you really can’t appreciate it, I don’t think. But the guys that have been through it get it.” Ferentz said about playing the rival Cyclones.