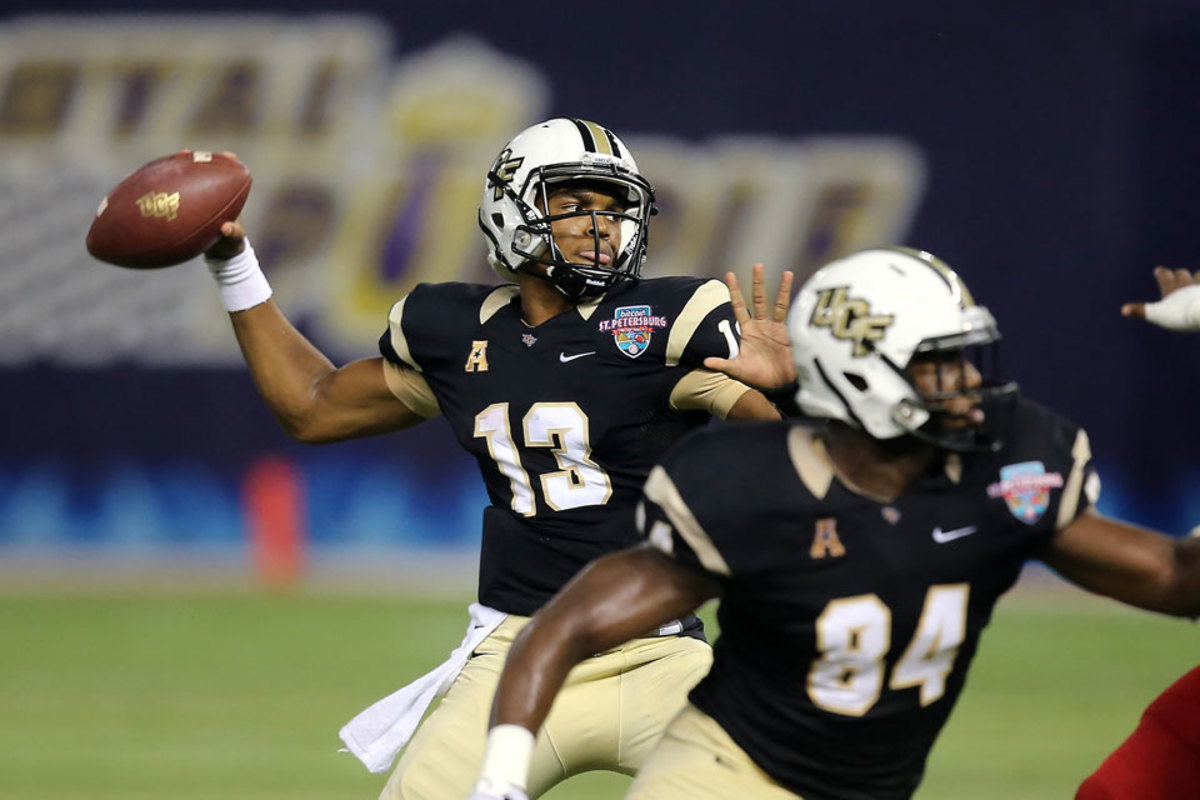 UCF and Marshall will have the spotlight to themselves when they kick off Monday afternoon at the Bad Boy Mowers Gasparilla Bowl in Tampa, Fla., and that’s just the way Thundering Herd coach Doc Holliday likes it.

Holliday said the afternoon affair at Raymond James Stadium will give his program “great exposure” as the only postseason game that day on the college football calendar. He also likes the date.

“I really like the opportunity to play a bowl before Christmas,” he said. “I think when you play that 20th, 23rd game people aren’t bowl weary at that point. A lot of people are still looking to watch football.”

Holliday’s Thundering Herd (8-4, 6-2 Conference USA) will put a seven-game bowl winning streak on the line against the Knights (9-3, 6-2 American Athletic Conference), who lost to LSU in last season’s Fiesta Bowl.

This will be Marshall’s second consecutive appearance in the Gasparilla Bowl after its win over South Florida last season.

Holliday is well aware of his team’s underdog status. After watching video on the Knights, he agreed with the assessment of then-Florida Atlantic coach Lane Kiffin after his Owls lost 48-14 to the Knights in September.

“I heard Lane Kiffin say after they played them it was like playing an SEC team,” Holliday said. “And you watch them and that’s what they look like.”

Freshman quarterback Dillon Gabriel leads a UCF offense that has averaged 43.0 points and 536.6 yards a game. Gabriel assumed the starting role the second game of the season and has averaged just a couple of ticks under 283 yards a game passing.

“He’s a better decision maker,” UCF coach Josh Heupel said of Gabriel’s progress. “His fundamentals have gotten better in the pocket. As the season has gone on, he has continued to use his feet.”

Gabriel’s top receiver is Gabriel Davis who has 1,245 yards receiving with 12 touchdowns. But Davis might sit out the game as he continues to mull over his draft status.

“Ten years ago, that didn’t happen,” Heupel said. “I think guys are trying to protect themselves in some respect.”

The edge likely will come down to which team is more focused and takes care of the football.

“Offensively In bowl games,” Heupel said, “penalties, turnovers are the things that absolutely kill you.”