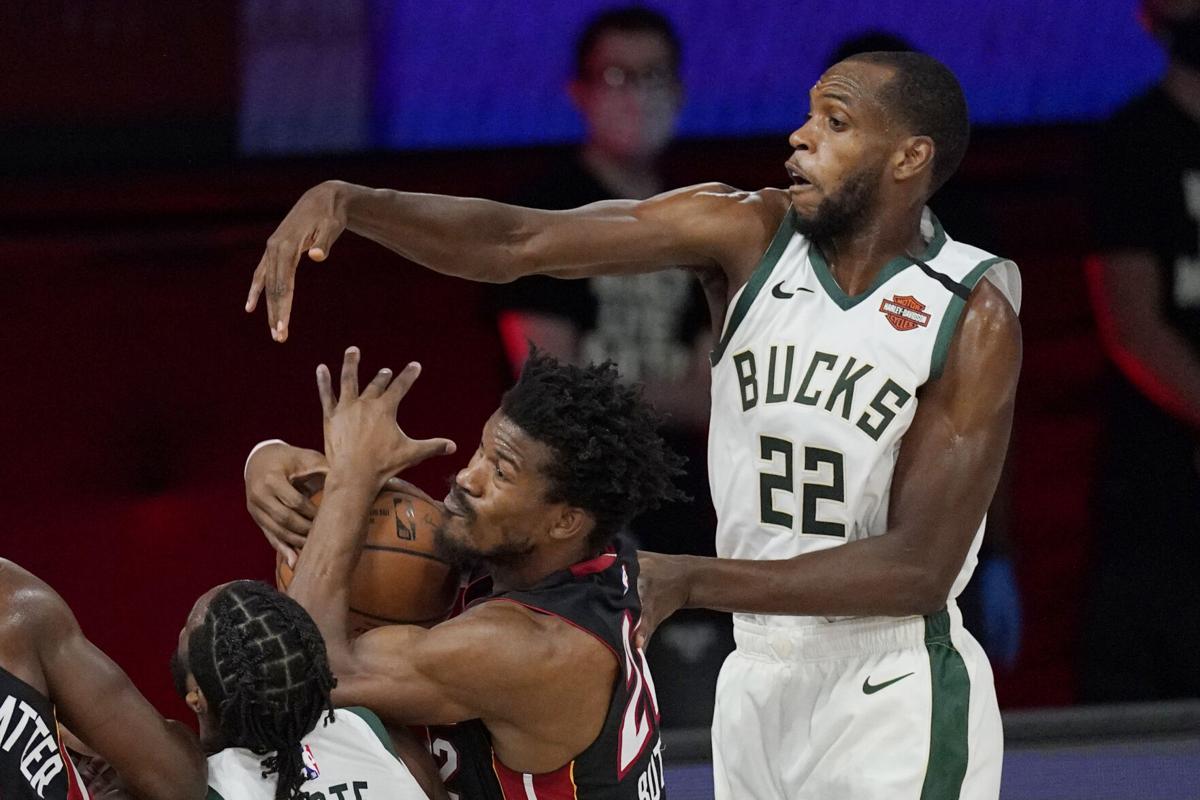 History says the fifth-seeded Heat, who hold a 3-0 lead in the best-of-seven series entering Sunday afternoon’s Game 4 near Orlando, will defeat the top-seeded Bucks. No NBA team ever has come back from an 0-3 deficit to win a series in 139 attempts.

Miami took a 3-0 series lead by outscoring Milwaukee, 40-13, in the fourth quarter of Friday’s Game 3. It was the biggest fourth-quarter differential in playoff history.

The Bucks, who had the NBA’s best regular-season record and have one of the league’s top players in forward Giannis Antetokounmpo, the defending MVP and 2019-20 Defensive Player of the Year, are teetering on the brink of an embarrassing, humiliating and frustrating postseason showing.

Antetokounmpo finished Game 3 with 21 points, 16 rebounds and nine assists but he missed all seven 3-point attempts and made only 7 of 12 free throws. He spoke highly of the Heat and their ability to play hard for 48 minutes after Game 3.

Antetokounmpo was dealing with a twisted right ankle in Game 3, an ailment he sustained in the first quarter on a drive to the basket, and it’s unclear whether it will limit him in Game 4. He didn’t say much about it after Game 3.

Milwaukee has averaged 14.3 turnovers per game and shot 35.1 percent from 3-point range so far in the series, including just 20.8 percent in the fourth quarter.

And Miami is averaging 31.0 free-throw attempts per game, which is also a big problem for the Bucks.

However, the bigger problem for Milwaukee is controlling Heat forward Jimmy Butler, who had 40 points in Game 1, hit the game-winning free throws with no time on the clock in Game 2, and scored 30 points in Game 3, including 17 in the decisive fourth quarter when Miami overcame a 91-80 fourth-quarter deficit.

Butler has led the Heat on both ends of the court, and offensively it’s not just his scoring even though he made 9 of 11 free throws in the fourth quarter of Game 3. Butler has been a true leader in many aspects for Miami.

Veteran Udonis Haslem, basically a player-coach, went to Butler in the second half of Game 3.

“He literally came to me and said, ‘Do not let us lose this game,'” Butler said.

The Heat, which played Game 3 against the Bucks without center Kelly Olynyk due to a bruised right knee, are 7-0 in the playoffs after having swept Indiana in the first round.

And now Milwaukee stands on the precipice of elimination.