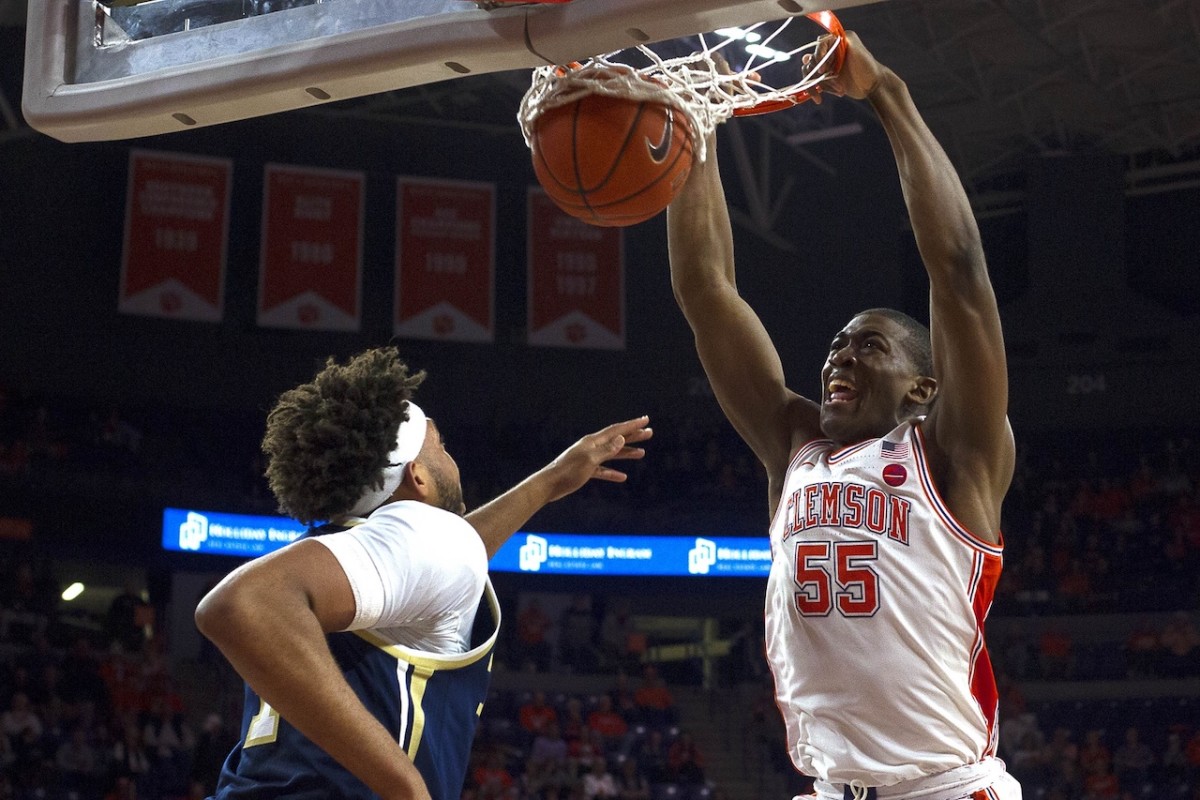 Something’s got to give when No. 19 Clemson plays host to North Carolina State on Tuesday night in a key early-season ACC clash.

“I thought we could be good (defensively), but we’ve probably exceeded expectations in that regard to some degree right now,” said Clemson coach Brad Brownell, whose team re-entered the Top 25 this week. “What’s more remarkable about it is we really don’t have a shot blocker, so that makes it that much more challenging in this day and age to be playing that well defensively without shot blocking.

“I don’t know that we’re the third-best team in the country defensively — I would doubt that — but we are good and our guys do a good job of competing on that end. That certainly has helped us win several games this year.”

The Tigers have won three games in a row since their lone setback of the season at Virginia Tech on Dec. 15. Clemson most recently won at Miami 66-65 on Saturday on a late basket by senior Aamir Simms, who matched his career high with 25 points.

“Simms is having a tremendous year,” NC State coach Kevin Keatts said. “He does a little bit of everything for their team. He can pick-and-pop, he can drive. For us to have a successful game, we’ve got to slow him down.”

Simms is the team’s leading scorer at 13.1 points per game, but has received plenty of help from what may be the deepest roster of Brownell’s tenure. The Tigers have 11 players who are averaging 10 or more minutes per game.

“We’ve played at a high level,” Brownell said. “We’ve tried to play a lot of players and I’m happy that our guys are being rewarded for all their hard work.”

NC State (6-1, 2-0), is also riding a three-game winning streak since a loss at No. 23 Saint Louis on Dec. 17. The Wolfpack have nine players who are logging at least 13 minutes a game and have three players scoring in double figures, led by Devon Daniels at 16.3 points per game.

Manny Bates is averaging 9.9 points and leads the league in blocked shots with 3.4 per game, but may not be ready for Clemson. Keatts said Bates will be a “game-time decision” after suffering a knee injury against Boston College last week.

“We’ve been very careful with him the last few days,” Keatts said. “Hopefully he plays. We’re a lot different team with him on the floor. It changes who we are a lot with him not on the floor.”