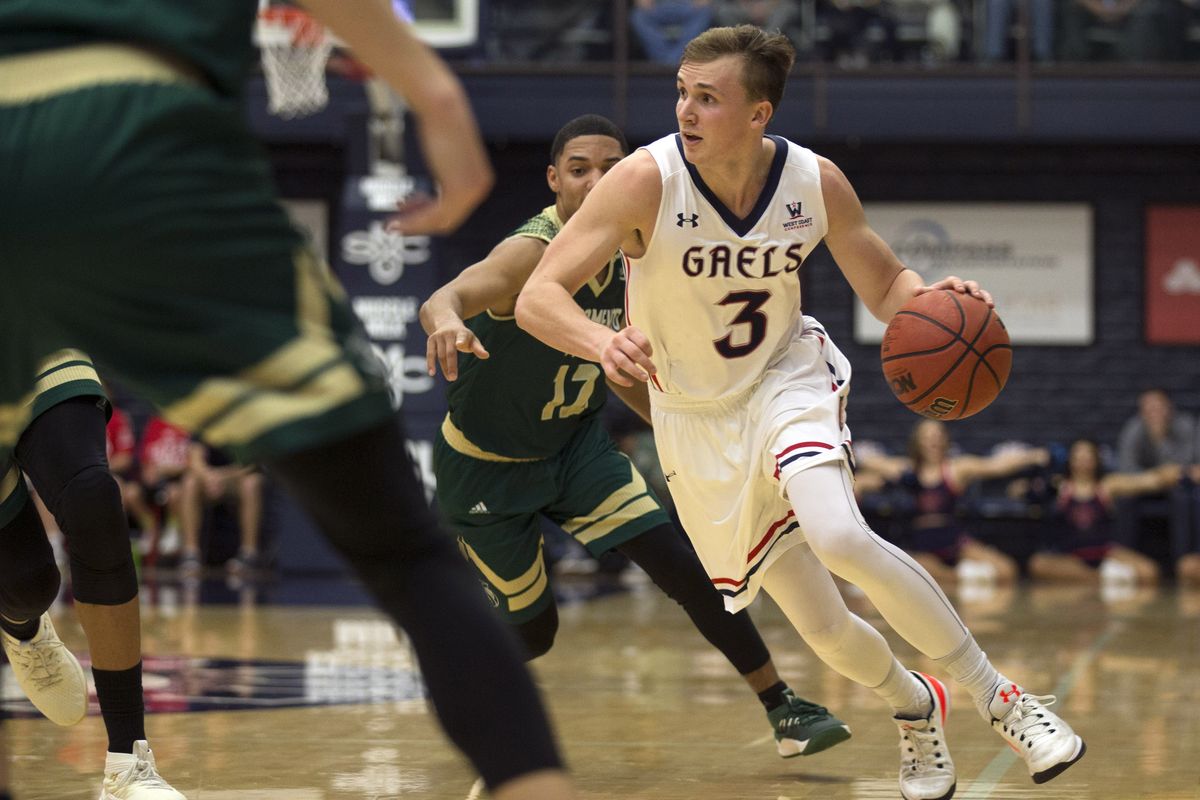 Jordan Ford got his senior season off to a strong start.

The Saint Mary’s star guard aims for a solid follow-up performance when the No. 20 Gaels host Winthrop on Monday night in Moraga, Calif.

Ford was splendid, with 26 points and three steals while making 4 of 8 3-pointers as Saint Mary’s beat Wisconsin in its opener 65-63 in overtime on Tuesday. He was an ironman, playing all 45 minutes.

“It was a fun game,” Ford told reporters. “We had a little slow start, but once we got it going, we were able to keep that momentum.”

Ford is on several national watch lists, including prestigious ones such as the Naismith Trophy and Wooden Award.

He served notice last season by averaging 21.1 points and totaling the third-highest single-season point total (716) in school history. Now Ford and his teammates are looking to be highly regarded all season.

Beating Wisconsin of the Big Ten certainly didn’t hurt. Junior forward Malik Fitts made the go-ahead shot with one minute left as the Gaels prevailed on a cozy neutral court in Sioux Falls, S.D.

“We knew this was going to be a good test,” Saint Mary’s coach Randy Bennett told reporters. “They are a well-coached team and are hard to score against. This game will help us moving forward — we learned a lot about our guys and their effort. The atmosphere was great and made it a special trip.”

The Gaels (1-0) will certainly be more rested than Winthrop (1-1), which lost 77-74 to Fresno State on Sunday before making the approximate 175-mile trek to Saint Mary’s.

Freshman guard Russell Jones (15 points) and senior forward Josh Ferguson (12) each made four 3-pointers for the Eagles. Graduate transfer guard Hunter Hale knocked down a 3-pointer with five seconds left to tie it prior to Fresno State’s decisive shot.

Playing on back-to-back days doesn’t give Winthrop much time to recover from the heartbreaking finish. And Kelsey knows Saint Mary’s is a tough team to prepare for, even if you have a few days to do so.

Instead, it will be a case of trying to set aside the disappointment and making a run at notching an upset.

“We’re really disappointed,” Kelsey said. “We don’t have time to lick our wounds and wallow in self-pity.

“The way this thing works is we have to get on a bus for three hours and play a tough Saint Mary’s team. … This is what you sign up for.”

The Eagles opened their season with a 67-57 road win over Hartford on Thursday.

The task will be a lot tougher when Winthrop plays the Gaels for the first time in Saint Mary’s home opener. The Gaels are 67-8 at home over the previous four seasons (2015-19).

Pick: Under 66.5 First Half Points